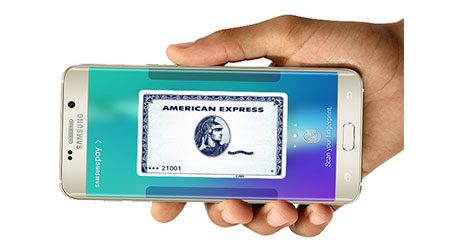 Samsung has entered the Australian mobile payments market today, launching its Samsung Pay service with the initial card providers being American Express and Citibank. Australia is the fifth country to get Samsung Pay access, following Korea, the US, China and Spain, with Singapore also due to launch Samsung Pay this week.

Samsung Pay uses three levels of security to enable secure payments: fingerprint authentication, tokenisation and Samsung KNOX. It's also compatible with the majority of existing and new terminals, meaning you can pay almost anywhere you can swipe or tap your card.

Should you find yourself without an Internet connection, the app can be used in offline mode.

What do I need to use Samsung Pay?

Samsung Pay works with a variety of premium Samsung Smartphone devices from the Samsung Galaxy S6 onwards, due to the need for an integrated NFC chip and a magnetic coil built into the device. That list includes the Galaxy S6, S6 Edge+, Note 5, Galaxy S7 and Galaxy S7 Edge.

If you've got an older Samsung device, the key compatibility issue is that your phone must have NFC and be running Android 6.0 ("Marshmallow") to access the service, although you wouldn't gain the benefits of the magnetic coil found in newer Samsung devices.

The magnetic coil is a differentiating factor for Samsung Pay. NFC is still the default, but upon launching the app if NFC pairing isn’t working, it will switch to the lower power usage magnetic secure transmission mode. This mimics the type of reading that an old school magnetic stripe reader would expect, which means that transactions can go through in circumstances where NFC isn't available.

You're not likely to hit too many magnetic-only terminals in Australia. However it could be useful for international travellers where the takeup of NFC services is nowhere near as high as it is in Australia.

If you’ve got a qualifying Samsung Device, you’ll need to install the Samsung Pay application. Newer phones will already have a Samsung Pay icon, but up until to now it's been relatively inactive. From today you can download the 49MB application to your phone. That will enable the Samsung Pay app, which works from the lock screen of the device with a swipe up motion followed by a fingerprint reading for biometric authentication.

However, unlike a standard credit card, Samsung Pay won’t work if your phone is flat. The qualifying devices do offer a low power mode if you’re running low on juice, and Samsung representatives told finder that under those modes, Samsung Pay will continue to work.

According to American Express' Nick Alexander, American Express sees the dual-phone strategy as being customer serving. "From a customer standpoint there are lots of similarities" he said. "From our perspective we want to be able to provide that experience to our customers and not dictate which phone they should use. 90 percent of the customers who engage with us are able to use mobile payments."