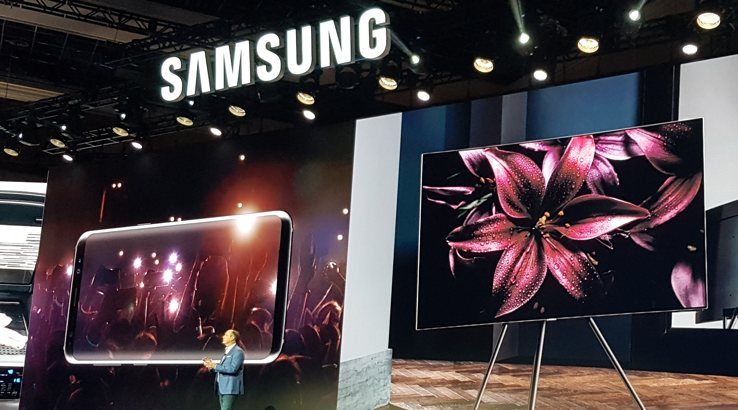 Alongside new fridges, collaborative displays and huge TVs, Samsung has also outlined its vision for an interconnected and intelligent Internet of Things.

Historically, product launches at CES 2018 tended to focus simply on the shiny new gadgets and why you might want them, but Samsung took a decidedly different tack for its own launch event.

Admittedly, it did announce new models in its Family Hub Fridge line, the new Samsung Flip collaborative display and a Notebook 9 Pen model, but all that was rather secondary to Samsung's mission to talk about the Internet of Things, and why it needs to get much smarter. Or, in Samsung-speak, why we need an Internet of (Smart) Things, a goal it wants to achieve by 2020. 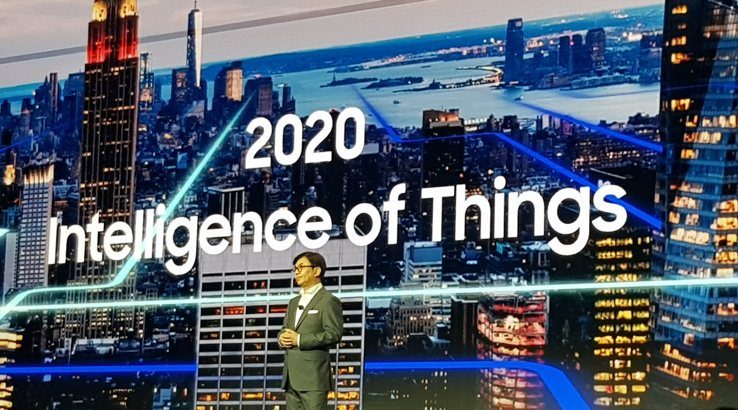 Interconnected ecosystems is the play here, with Samsung making its SmartThings app available across a range of devices for intelligent use by consumers no matter whether they're staring at a Samsung Family Hub fridge or the massive "The Wall" Micro LED TV that Samsung unveiled last night. SmartThings can be used for a variety of smart home controls seamlessly across compatible products, and it'll even appear on Samsung's Gear S3 and Gear Sport smartwatches in time.

Samsung wants to see the rise of intelligent iOT as an open standard situation, working closely with industry bodies such as the Open Connectivity Foundation to ensure that different branded gadgets will intelligently talk to each other despite manufacturer competition in the iOT space. 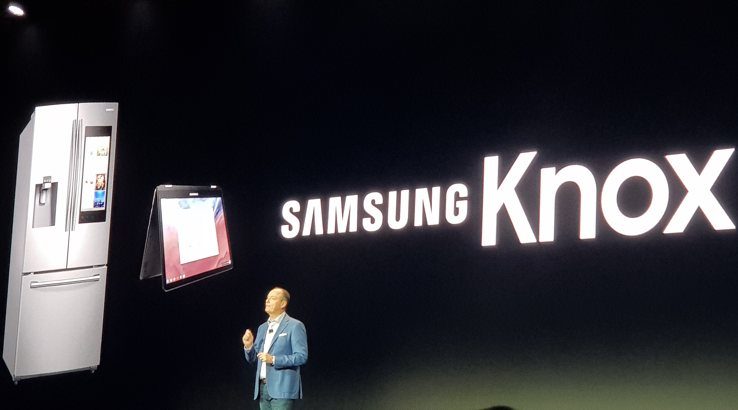 Security has been a hot topic in iOT circles with many early iOT gadgets criticised for lax security policies and the difficulty of firmware upgrades. Samsung's Tim Baxter stated at the event that Samsung will extend its Knox security platform (already found on Samsung handsets such as the Galaxy Note 8) to its range of consumer electronics products, including its Smart TVs to offset those kinds of issues.

On the TV front, "The Wall" was again the hero product, but again it was connected devices that played centre stage, with Samsung announcing its SmartThings app is due to arrive (at least in the US) by northern hemisphere springtime.

Samsung also intends to port the Bixby voice assistant to its 2018 TV range, in the US at first. Samsung Australia representatives told finder that there's intent to bring Bixby to the local scene as soon as feasible, but that there was no announced timeframe in which that might happen.

Another pain point that Samsung wanted to address was the difficulty in setting up smart TVs if you have to log into multiple applications. Under what it's calling "effortless login", a Samsung handset paired via Bluetooth Low Energy can be used to automatically approve sharing logins and simplify the setup process for a new TV. 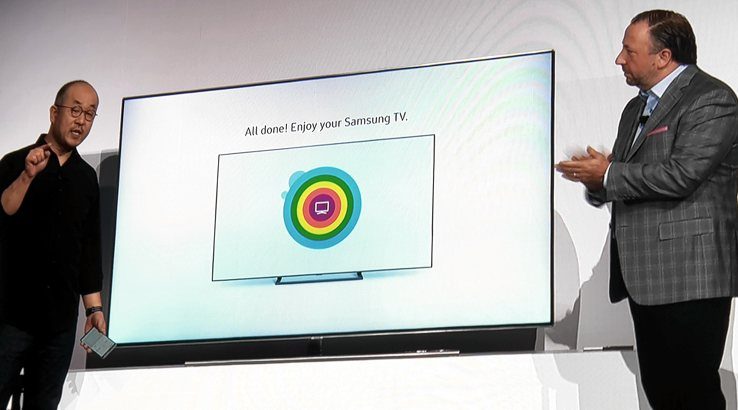 Samsung didn't announce a new handset at its launch, although it did rather more quietly release the details a couple of days ago on the processor that we're likely to see in the Galaxy S9 when it launches in the form of its own in-house Exynos 9810 CPU. Samsung has typically offered the Exynos CPUs on Galaxy phones sold in Australia, while other international models have instead offered Qualcomm Snapdragon SoCs in order to meet the network needs of different carrier partners.

The Exynos 9810 is an eight-core SoC with four cores capable of up to 2.9Ghz and a claimed 40% improvement on its already impressive predecessor. While Samsung's release on the Exynos 9810 doesn't name specific phones it'll appear in, it's all but inevitable that there will be a version of the Galaxy S9 to feature it.

Samsung also announced the Notebook 9 Pen, a stylus-equipped Windows 10 PC, but while it's thin and light, we won't see it in the Australian market officially according to local representatives. 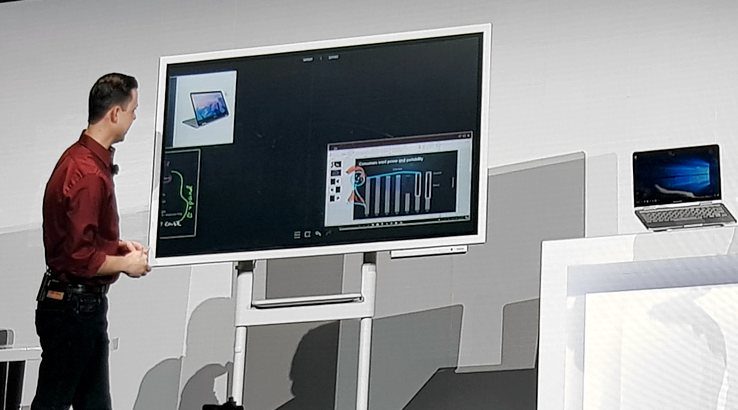 Samsung also showed off the Samsung Flip, a large display panel built for meeting room use with collaborative team features for sharing content and ideas. It's a portable digital whiteboard that can take content from paired PCs as well as work with a stylus for content markup. The Flip will be available in the US and Europe this month. Samsung Australia representatives indicated that we'll see the Flip panel in Australia at some point this year, with pricing and precise timing still to be finalised.

Samsung also talked up connected cars, a key topic at CES this year. Samsung's vision is again, one of integration, with a demonstration of how Samsung's Bixby could be used to manage an electric car's charging, different driver profiles and naturally enough, navigation duties.

Alex Kidman travelled to CES 2018 as a guest of Samsung.