Samsung Gear VR 2017 review: The best way to dip your toes into VR

Alex Kidman
Posted: 9 May 2017 12:51 pm News
Quick Verdict
The Samsung Gear VR 2017 is greatly improved with the new Gear VR controller showing what can be done with even a relatively inexpensive VR headset.

Samsung’s updated Gear VR shows a lot of promise if your VR expectations are relatively simple.

Samsung has been in the virtual reality space for a number of years now with its Gear VR headsets designed exclusively for the company’s high-end Galaxy S and Galaxy Note series. There's been huge hype around virtual reality in the last 12 months with the arrivals of the final consumer units of the HTC Vive, Oculus Rift and Sony’s very popular PlayStation VR.

Against that market sits low-cost options for phone-based VR experiences such as Google’s Daydream VR, the LG G5’s disastrously bad VR headset, Google Cardboard or the Kaiser Baas VR-X headset. This is the market that Samsung’s Gear VR 2017 competes with, both price-wise and tech-wise. 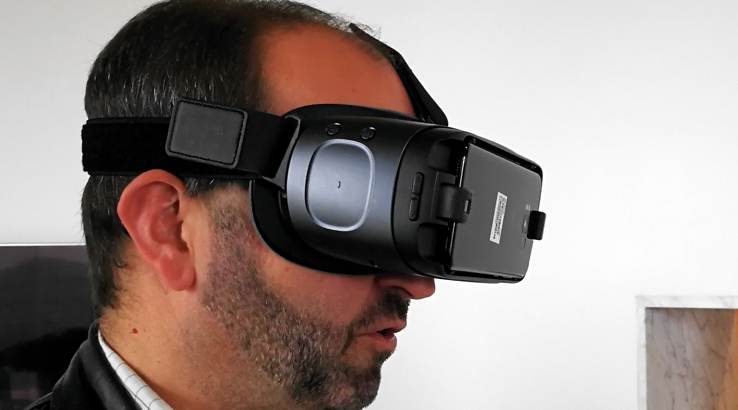 Aside from a colour change from white to black, there’s not a great deal that has externally changed for the Gear VR since the last time we tested it in the form of the third-generation headset. The front cover clasp now covers less of the eyepieces and it’s marginally lighter than previous iterations, but you would have to wear each version side-by-side to particularly notice that.

It’s still a lightweight plastic headset with small foam inserts around the eyes and nose to make it relatively comfortable to place over your face. Your choice of Samsung phone slots into the front, although you may have to swap the adaptor to make it fit. Specifically, the 2017 version comes with a USB C type adaptor, suitable for the Galaxy S8, the Galaxy S8+ and, we suspect, the Note7, although if you’ve still got a Note7 you’re being very foolish indeed.

Samsung does provide an adaptor, which you can use to retrofit the new Gear VR for the previous microUSB generation, giving it compatibility with the Galaxy S7, the S7 Edge, the Note5, the Galaxy S6, the S6 Edge and the S6 Edge+ handsets. We tested the headset with a Galaxy S8 for the purposes of this review. 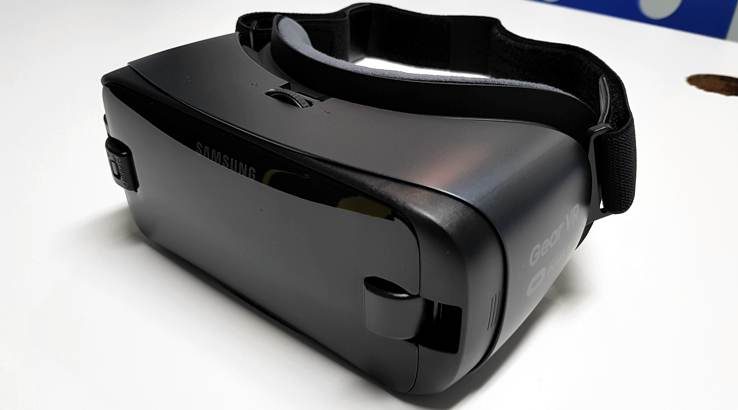 While much of the Gear VR’s basic outline remains the same, the one key new factor is the default inclusion of a small motion remote, broadly similar to the remote that you get with Google’s Daydream VR headset. The Gear VR Controller provides in-app selection and in-game/experience control of what you’re seeing, relative to whatever the developer has written with in-game controls in mind.

While previous Gear VR headsets could work with external game controllers, they weren’t the default inbox experience, which rather limited the appeal of many apps. The Gear VR Controller operates off two AAA batteries, which are supplied in the box, and it connects over Bluetooth to your Galaxy smartphone. 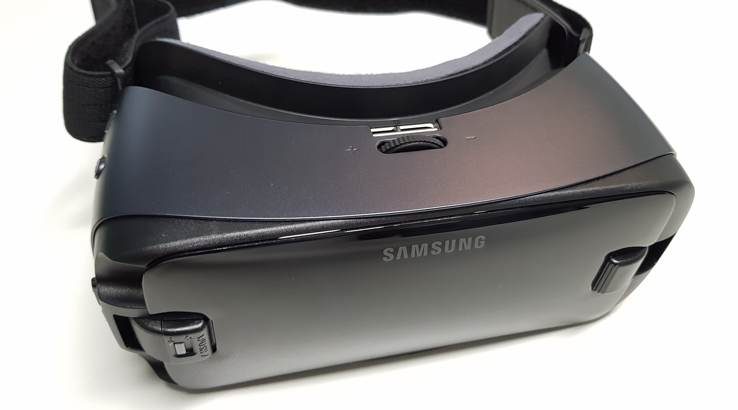 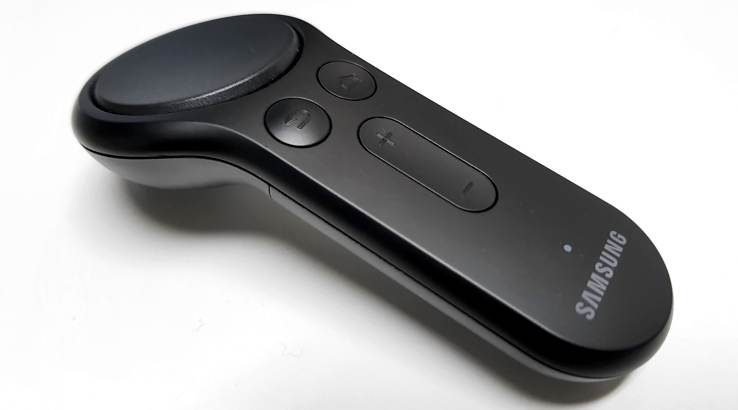 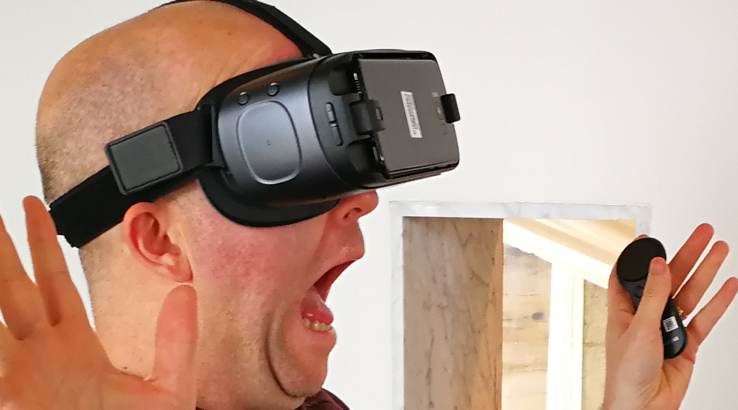 Consumer VR is in an unusual space right now, because while there are plenty of competitors to the Gear VR, they’re all in the same position of being essentially closed systems. The nearest competitor to the Gear VR would be Google’s Daydream VR, but that’s a system that for now only works with the Google Pixel and Google Pixel XL. There are cheaper alternatives like a build-it-yourself Google Cardboard headset or the Kaiser Baas XL, but they’re significantly more limited.

Stepping up the price brackets, you could opt for the more flexible and powerful Sony PlayStation VR, but you’ll need to spend more and already have a PlayStation 4 to take advantage of it. Likewise, the resolution and experiences available on headsets such as the Oculus Rift or HTC Vive put anything that the Gear VR can muster to shame, but they’re considerably more expensive outright, and then require high-powered PCs in order to operate in the first place.

As such, the Gear VR still represents a very definite sweet spot for dipping your toes into the world of VR without considerable outlay as long as you already have or were planning to acquire the accompanying smartphone device. We doubt that you’d use the Gear VR every single day, but it's a great way to easily play around in simple virtual worlds. 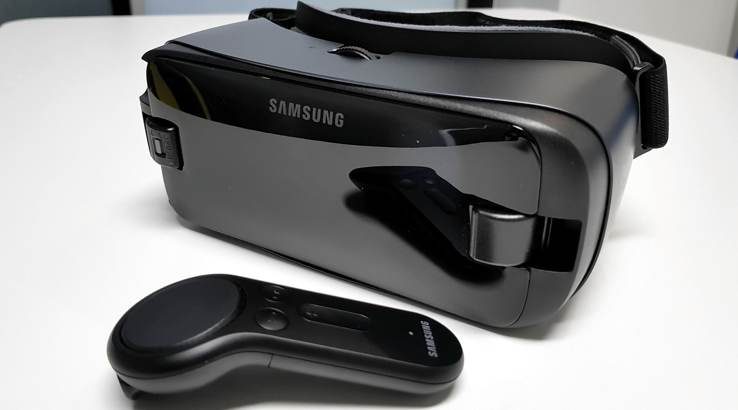 The Gear VR 2017 was an early promotional freebie if you pre-ordered the Galaxy S8 or Galaxy S8+ handsets, but if you missed out on that deal, it can still be purchased from Samsung Australia’s web site for an outright price of $199.

Meet our Finder authors who are helping…

Samsung Galaxy Unpacked 2020: What to expect and how to watch

There's a host of big changes coming to Kayo…

4 things I learned about streaming video around my home