The Samsung Galaxy Watch Active features a refined lightweight design, but losing the circular bezel has robbed it of a unique selling point.

Quick Verdict
Samsung's Galaxy Watch Active is one of the best Android watches you can buy – but that's not that impressive a claim. Despite a smaller and lighter design, losing Samsung's unique rotating bezel leaves it with a UI that doesn't always makes sense.

If you're looking for the latest model, we have a full review of the Samsung Galaxy Watch 4 here.

If you're someone who wears a watch, these days it's either likely to be out of habit or to make a particular style point. With just about everyone packing a smartphone on their person, simply telling the time isn't as complex a matter as it used to be.

The same is sadly true of smartwatches. While they launched with the promise of becoming as essential as the smartphone is, what we've seen in the years since their debut has been small-scale refinement around the central themes of notifications and fitness tracking.

That's the story of the Samsung Galaxy Watch Active in a nutshell. It's nothing we haven't seen before. It's just in a smaller and slimmer casing than previous Samsung smartwatches. That brings with it a certain style, but also some significant changes to usability. 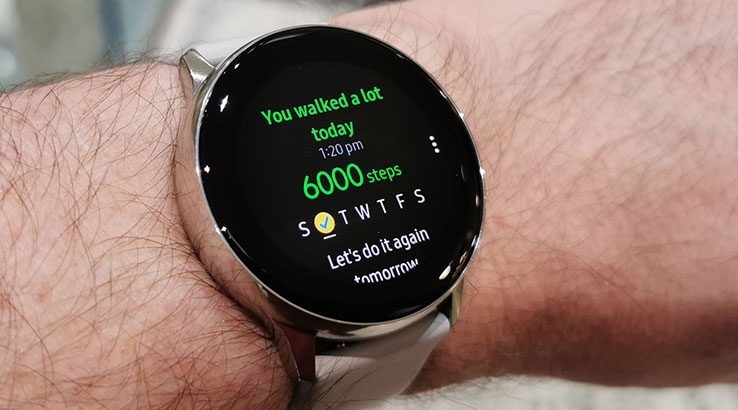 Samsung has a long history of delivering smartwatches with rather solid, uncompromising designs that looked largely like the type of watches that are typically described as "masculine". There's an entire other argument about gender stereotypes inherent there, but for the Galaxy Watch Active, it's gone smaller and more discrete, in a style that's often seen as more feminine by some.

The Galaxy Watch Active features a 40mm watch face that's entirely circular and quite different from previous Galaxy watches. That's because Samsung's omitted the rotating bezel that's long been a feature of its Tizen watches. Instead, you get a solid metal band that runs around the watch face, giving it a more classic rather than digital watch look.

The Galaxy Watch Active features a 1.1-inch circular OLED display. Like most OLEDs, it's very bright and colourful, so if you do adopt a more "out there" watch-face design, it'll really pop compared to some LCD-based smartwatch screens I've tested previously.

One of the benefits of growing out of Samsung's family of Tizen-based smartwatches is that there's a huge array of existing compatible watch faces to choose from. I haven't counted precisely, but it's a pretty safe bet that Samsung's smartwatches have more than any other competing smartwatch brand. That means that there's bound to be a watch face to suit your particular style. 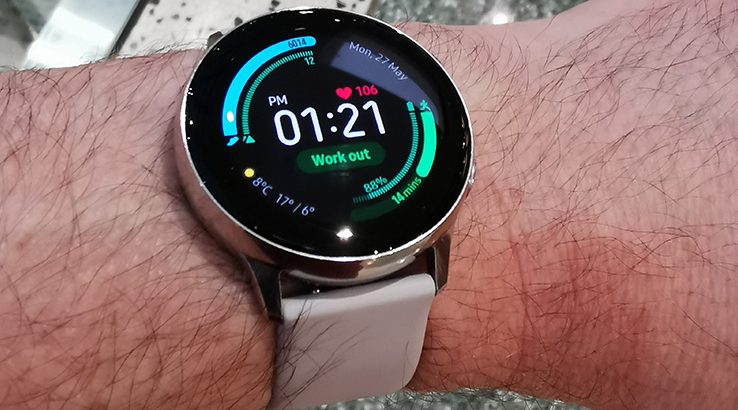 Setting up the Galaxy Watch Active is an easy enough process. If you're pairing to an existing Samsung phone, the odds are very good you'll have the Galaxy Wearables apps already installed. If you're using an alternative smartphone, iOS or Android, you'll need to install Samsung's apps to get it set up. While it uses standard Bluetooth, there's no way to pair without Samsung's app on board.

Samsung is no newcomer to the world of smartwatches, and that means that the Galaxy Watch Active can build on the strong work Samsung has done in the past in building up an app ecosystem. There's still no "killer" app for smartwatches, though. If you're wearing one, it's because you like watches and the basics of notifications and fitness tracking, both of which the Galaxy Watch Active handles with aplomb.

You know how they say that thing about imitation and flattery? If that's true, then Apple should be feeling pretty darned flattered right now. The Galaxy Watch Active features a coloured activity tracker that encourages you to keep active. Sure, it's not actually activity rings, but that's simply because Samsung's opted for a heart-shaped counter instead. Equally as blatant is the inclusion of a "breathe" application for lowering your stress. Not that original, but not an unwelcome inclusion. We could all use less stress, after all.

While I didn't test it, the Galaxy Watch Active is also compatible with Samsung Pay if you've got that active with your credit card. It's also Bixby aware if you like talking to your wrist – and presuming you favour Samsung's particular voice assistant in the first place.

The very strength of building up its Tizen OS for smartwatches that gives the Galaxy Watch Active so much flexibility is also a significant anchor on how it actually works. Prior Galaxy Watches have included a spinning bezel around the body of the watch that you use to quickly make app selections or flick between the primary notification and display screens. It's a great system that works well – but the Galaxy Watch Active has no spinning bezel.

What that means is that you're stuck making multiple swipe gestures to flick between displays where you used to be able to accurately zoom between them. In the primary app screen, you're stuck tapping on a very small arrow to jump between app screens. That's made just that little bit more annoying by the Galaxy Watch Active's smaller display making each tap just a little harder to hit than it should be. 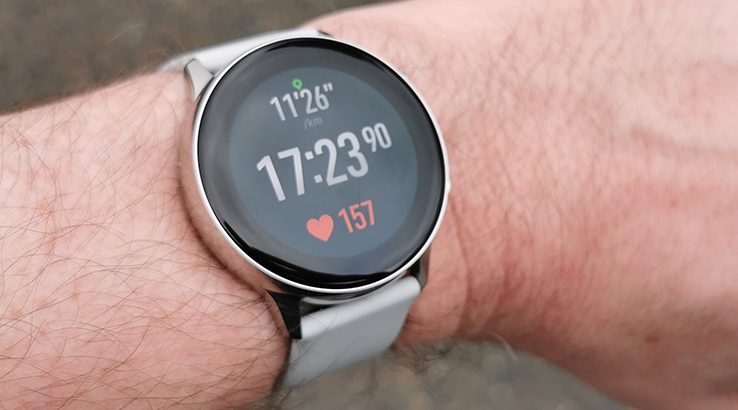 The Galaxy Watch Active's smaller body makes it more comfortable for longer wearing periods and especially for workouts, but that lighter weight also means it's not packing a whole lot of battery power behind its tiny face. 230mAh of battery power is all you're looking at, and that's typically good for around 2 days of active usage before you must recharge it. If you're using it less, it can stretch to a third day, but that's as good as I've been able to manage in my tests. I will admit I've been rather spoiled in this regard by the exceptional battery performance of the Huawei Watch GT.

Samsung's watch charger has undergone a change with the Galaxy Watch Active too. Out goes the "stand" style charger that used Qi wireless charging, but in a way that would only work with other Galaxy wearables. In comes a circular disc charger that looks like the Darth Vader to the Apple Watch's white charging disc. Again, there's an imitation argument to be had here, although the useful part of this is that the Galaxy Watch Active should be able to charge from other Qi chargers more easily.

This is something of a trial and error exercise. I was able to get it working with wireless PowerShare from a Galaxy S10 5G, but not with the same technology on the Huawei P30 Pro, for example. Some regular Qi chargers happily juiced up the Galaxy Watch Active, while others refused to pass over a single electron. That's almost certainly a question of lining up charging coils that mostly look for phones rather than tiny smartwatches, however. 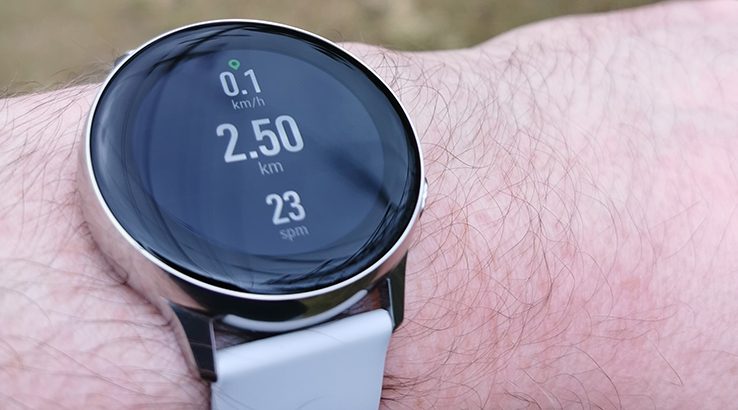 The Galaxy Watch Active covers the basics quite well, and in a style that's not often seen in the smartwatch space. It's priced well below the bezel-equipped smartwatches that Samsung still sells, which gives it a level of appeal if you're keen on the Samsung ecosystem overall.

At the same time, it's a pity that Samsung couldn't redesign the core Tizen UI around a non-rotating bezel. Switching to the Galaxy Watch Active after many years using a variety of rotating bezel watches left me constantly annoyed at the way it has been forced on this particular smartwatch.

The Samsung Galaxy Watch is available to buy in Australia right now for $349 outright.