Samsung's latest offering is solid if you're after an Android tablet specifically, but issues with tablet apps still hold it back from true greatness.

Quick Verdict
The Galaxy Tab S3 is a great tablet for entertainment purposes and passable for productivity, but Apple's iPad Pro remains the pro tablet to buy if you're happy working with iOS.

When Samsung unveiled its mobile device portfolio at this year's Mobile World Congress, it did so with its all-new Galaxy Book line as well as an update to its Android tablet portfolio in the form of the Samsung Galaxy Tab S3.

The Galaxy Tab S3 pretty clearly wants to play in both the established entertainment and content consumption tablet space as well as the more productivity-centric space occupied by devices such as Apple's iPad Pro. The challenge ahead of it was always going to be making both use cases really work in order to tempt buyers. 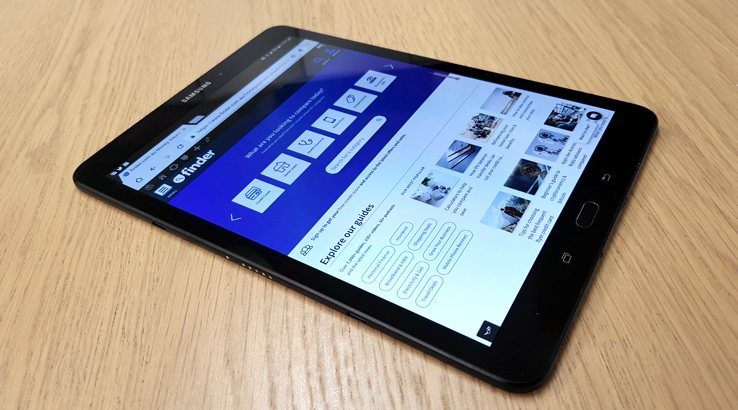 The Galaxy Tab S3's design was unveiled prior to the launch of the Galaxy S8 and Galaxy S8+, which means that its design notes owe a little more to previous generations of Samsung products than newer devices such as the Galaxy Note 8. Still, it's very much a "Samsung" style of design, with a slight focus on looking as much like a sensible productivity device as it does some kind of fashion icon.

Measuring in at 237.3 x 169 x 6 mm with a carrying weight of just 429 grams, the Tab S3 is as thin and light as you could reasonably expect a tablet to be. One very minor scale annoyance here is that the USB C charging port at the base is a little to the right of the fingerprint sensor/home button, which makes locating it harder than it should be. Otherwise, controls are minimalistic, with volume and power buttons sitting above the microSD/SIM card slot on the right-hand side of the tablet.

One very nice and welcome design note for the Tab S3 is the inclusion of quad speakers at the top and bottom of the tablet. While there's only so much stereo separation that you can get in a unit of this size, they do give the Tab S3 plenty of audio oomph for video and gaming purposes.

The rear of the Tab S3 hides the 13MP rear camera and a shiny glass back that looks really slick when you first pick it up, closely followed by looking really grimy when it inevitably attracts plenty of fingerprints. It's the natural result of such a large glass back, and thankfully you shouldn't end up looking at it too long in any case because all the action on the Tab S3 is around the front. 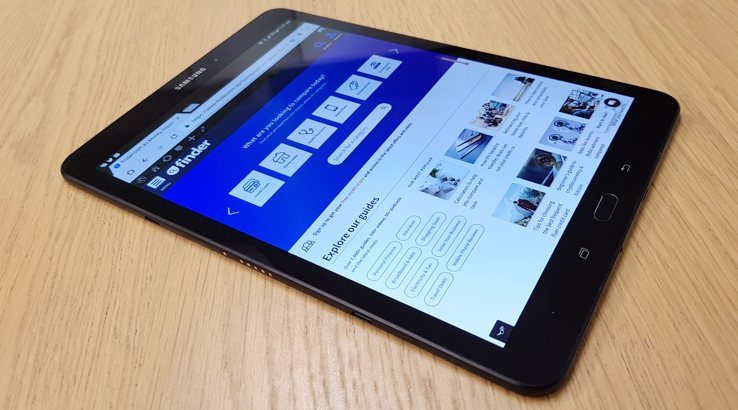 The Galaxy Tab S3 was announced prior to the Galaxy S8 and S8+, and that means it doesn't benefit from the use of the Snapdragon 835/Exynos 8995 engines that run those phones, or for that matter the Galaxy Note 8.

Instead, it's running on the older Snapdragon 820, as found in many of 2016's flagship phones, alongside 4GB of RAM. In a 2017 context that's not a powerhouse combination, although the Android tablet market has softened markedly, so you're not exactly awash with options in any case.

The Tab S3 shines best in content consumption terms, thanks to its excellent 9.7 inch 1536x2048 pixel Super AMOLED display. It's capable of HDR playback from sources such as Netflix and Amazon Prime Video, although right now your choices of content are somewhat limited, and you'd need the right Netflix plan and a hefty enough data pipe to manage UltraHD Premium. That same screen is also great for gaming purposes in most cases, displaying fast content vividly and with real punch.

However, on the productivity side, it's a more mixed story. One nice aspect here is that Samsung supplies an S-Pen stylus with each Galaxy Tab S3. This isn't the small stylus found with the Galaxy Note 8, but a full-sized pen device meant to compete with Apple's Pencil or Microsoft's Surface Pen. I'm no fine artist, but for essential sketching or image capture, it's a nicely flexible device. You're essentially looking at the same feature set as with the Note devices, although annoyingly its translate feature is limited to single words at a time where the latest Note will handle full paragraph translation. There's also nowhere to store the S-Pen stylus (or the even fancier optional Staedtler pencil variant) on or in the Tab S3, although given its thin body that's hardly surprising.

Samsung does sell a separate keyboard case accessory in order to turn the Tab S3 into a more fully featured notebook style device, but I wasn't able to test that out for the purposes of this review. The Tab S3 is Bluetooth enabled, so you shouldn't be limited to just Samsung's official accessory if a keyboard is important to you.

The biggest hurdle for the Tab S3 to jump in productivity terms is one of Android App support, and here it's a very mixed field, as it pretty much has been all the way back to Samsung's original 7 inch Galaxy Tab in 2010. Put simply, only some Android apps are happy working at higher resolutions or in split-screen multitasking mode, and your experience with individual apps can vary widely.

As with the iPad Pro, the use of a tablet OS for productivity purposes always has its limitations, but it's something that iOS has always managed a little bit better than Android. You can be productive with the Tab S3, but given the asking price, it would be much easier to do so with alternative platforms. That's not a problem of Samsung's making to speak of, but if you're looking across the wider tablet and 2-in-1 market, it's worth bearing in mind.

Battery life for the Tab S3 was decent, with its 6,000mAh battery lasting more than ten hours of video playback. Your usage may vary depending on the apps you run, but for a tablet this thin, it's an admirable figure. 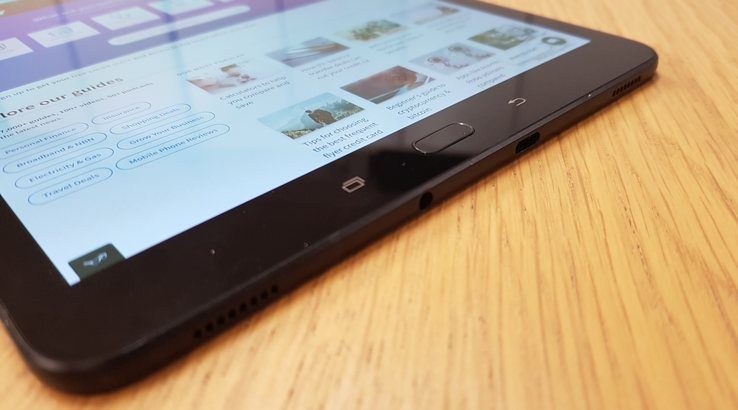 The Galaxy Tab S3 is easily Samsung's best Android tablet to date, and if what you yearn for is a high-end Android tablet, it's currently your best bet.

The problem is that it's largely alone in this field because a large number of competitors simply aren't producing high-end Android tablets. There's no end of budget models with woeful performance, but you're stuck for real choices that have solid power. Even Google seems to have thrown in the towel, removing the Pixel C from sale and offering no new tablet option alongside the Pixel 2 and Pixel 2 XL smartphones.

It's also a tough recommendation for anyone simply looking for a tablet who isn't married to the Android world, because of Apple's iPad Pro lines. Like the Tab S3, the iPad Pro isn't quite the productivity powerhouse Apple thinks it is, but it's undeniable that it handles its multi-tasking, app scaling and even tablet-friendly app support more robustly than Android does. If you're not fussed about the brand, the iPad Pro would be a better option at the same kinds of price points. 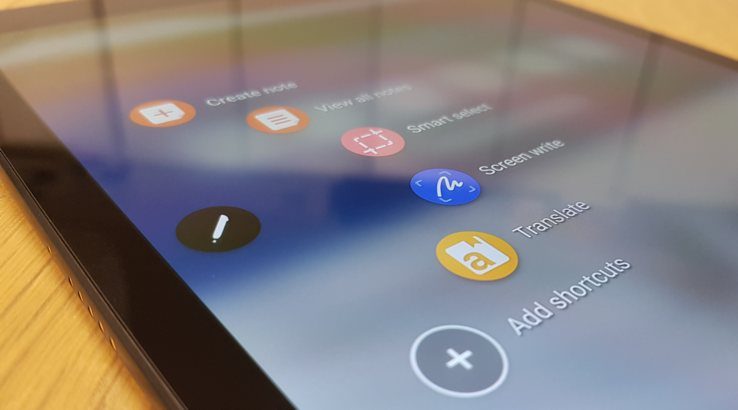 Samsung Tab S3: What the other reviewers say 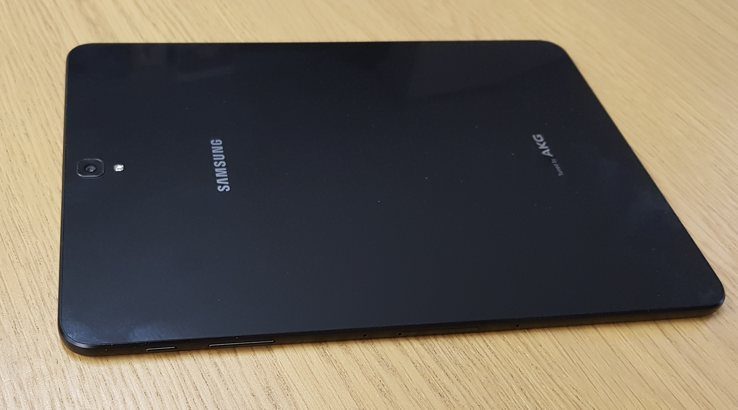 The Samsung Galaxy Tab 3 is available in Australia for $949 outright in its Wi-Fi only variant or $1,099 for the 4G-enabled version. 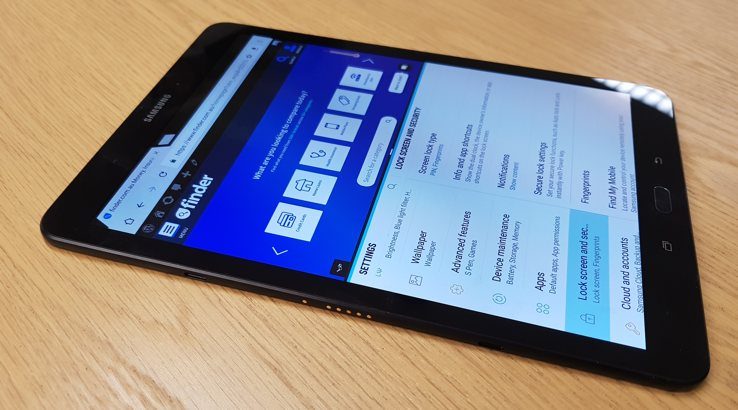