Samsung's latest phone is directly aimed at Apple's iPhone 7 and iPhone 7 Plus, but how do the flagships compare?

Each year, Apple only announces one set of flagship phones, while Samsung typically has two takes at a flagship, with its Galaxy phones appearing at or around Mobile World Congress, and then the Note series at or around the IFA conference. Samsung has just announced the Samsung Galaxy Note 8 at its Galaxy Unpacked even in New York, while Apple's iPhone 7 and Apple iPhone 7 Plus were announced back on 8 September 2016.

It's expected that Apple will announce the iPhone 8, and possibly iPhone 7s models, in the October/November timeframe, but right now, if you want an iPhone, the iPhone 7 and iPhone 7 Plus are the models you can actually buy. So how do they compare to Samsung's brand-new device? 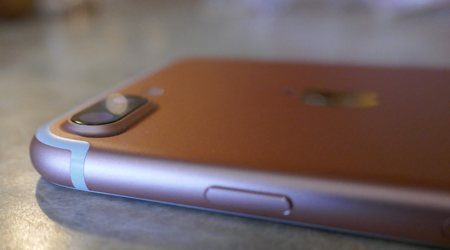 Samsung took the unusual step of only very mildly changing up the camera specifications between the Galaxy S7 and Galaxy S8 families, but it has not continued that approach with the Galaxy Note 8. The most obvious comparison point would be between the Note 8 and the dual lens iPhone 7 Plus, because one of the key differences between the iPhone 7 and iPhone 7 Plus is the presence of that second 2x optical zoom lens in the Plus, which is also used for the bokeh-style portrait feature in iOS.

The Note 8's dual cameras have the same core megapixel count, but different characteristics, with one wide-angle F1.7 lens and one 2x optical zoom telephoto F2.4 lens. Like the iPhone 7 Plus, the Note 8 can provide bokeh-style effects for portrait photography, but it can also fire both cameras at once to provide both a wide and standard angle shot of the same moment in time, a feature that Samsung calls "Dual Capture", for fairly obvious reasons.

So which camera is better? Samsung has nearly a year on the iPhone 7 and iPhone 7 Plus, so it would be unusual for it to misstep over such a long period of time and deliver a substandard camera experience. At least on paper, the Note 8 should be better, but we'll have to get our hands on one for comparative work to give a final verdict there.

Samsung and Apple have distinctly different technologies in place when it comes to screen technologies. Apple has historically opted for smaller, lower resolution LED panels that tend to display very realistic colour palettes, where Samsung opts instead to build its own Super AMOLED displays with a more vibrant hue.

Apple does manage to make a lot from a little with its displays, thanks to the fact that it can really push iOS towards the iPhone 7 and iPhone 7 Plus displays specifically, where Android is a more generalised OS that Samsung has to adapt to its handsets.

Like the Galaxy S8 and Galaxy S8+, the Note 8 also features Samsung's "Infinity Display", with no front-facing buttons and curved edges that remove almost all of the bezels from the phone. From a visual standpoint this is a highly attractive feature, because you get quite a bit more screen display without a heavy bezel making for an even larger phone. Samsung also offers up its "Edge Display" technology on the Note 8, with optional slide-in panels for personal contacts, web pages and fast app launching. That's a slightly more divisive feature, because it's often tricky to engage the Edge feature, and while the Note 8 does add a dual-app launching feature, it's not exactly something that sits in must-have territory. There's also a very slight trap with curved high resolution displays and Android generally, as some Android apps don't always scale all that well on them.

That being said, both phones feature very good displays, with the Note 8 clearly having the technical edge over Apple's display choices for the iPhone 7 and iPhone 7 Plus. 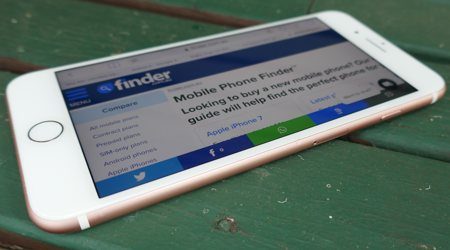 The App argument between iPhone and Android is one that's never likely to be entirely settled. iPhone advocates can point to a slightly wider library and more secure walled-garden approach taken by Apple, while Android fans can point to the open and flexible nature of Android as a plus when it comes to apps. There's certainly nothing in a general app sense that either phone shouldn't be able to do, although again that curved display may impact some Android app performance. We'll have to wait and see.

One area where Samsung has ruled the roost in general terms over the past couple of years has been in overall battery performance, thanks largely to supplying ever larger phones and batteries to go with them. Meanwhile, Apple has struggled somewhat with its regular phone lines, and in our experience, that includes the iPhone 7 and its much smaller battery. The iPhone 7 Plus was the first iPhone we were ever really truly happy with in battery life terms, and while the larger power pack in the Note 8 will probably outdo it once more, in practical day to day terms, either should be more than adequate. 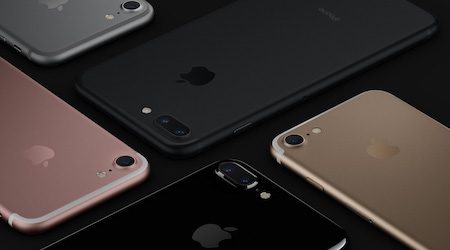 Samsung and Apple battle for the premium smartphone dollar, and they generally hoover up most of it, based on sales figures. That doesn't mean that they make particularly inexpensive phones, however.

Apple still holds the crown of having the single most expensive handset in the Australian market with the 256GB variant of the iPhone 7 Plus at $1,569, but it's closely followed by the Galaxy Note 8, which will sell in Australia for $1,499 outright.

It's feasible of course to pick up one of the lower capacity iPhone 7 Plus handsets for less, although Apple doesn't allow for microSD expansion of its handsets, so you need to be sure that your storage needs will be met by those devices. That makes the iPhone 7 the most "affordable" of the set, with pricing starting at just $1,079, although it's rare that you can write "iPhone" and "affordable" in the same sentence.