Samsung’s latest Note seriously blurs the line between its S and Note premium phones, providing an experience that’s exceptional, if not entirely affordable.

{"menuItems":[{"label":"Upsides: Why you\u2019d want the Samsung Galaxy Note 7","anchorName":"#upsides-why-you-d-want-the-samsung-galaxy-note-7"},{"label":"Downsides: Why you might not want the Samsung Galaxy Note 7","anchorName":"#downsides-why-you-might-not-want-the-samsung-galaxy-note-7"},{"label":"What are my other options?","anchorName":"#what-are-my-other-options"},{"label":"Where can I get it?","anchorName":"#where-can-i-get-it"}]}
Update: While Samsung initially offered the Galaxy Note 7 for sale in Australia, following a battery issue that could cause fires or explosions, it has removed it from the market. If you're still in possession of a Note 7, you should back it up, clear its data and return it to the place of purchase for a full refund or replacement device.

Ever since its inception, the Samsung Galaxy Note has been the "sensible" offering in Samsung’s premium phone line. If you wanted glitz and glamour, you purchased the Galaxy S phones. Galaxy Note phones also stood out because they tended to benefit from a small specifications bump over the premium S phones that preceded them.

The Samsung Galaxy Note 7 (or Galaxy Note7 if you really must) changes that dynamic pretty markedly, grabbing style notes from the excellent Galaxy S7 Edge while retaining that slightly more work-centric focus. As such, it’s meant to hook in existing Note aficionados as well as a more fashion-centric crowd.

Also, if you think you’re going nuts and can’t work out what happened to the Note 6, given that last year’s model was the Note 5, you’re not alone. The Note 6 doesn’t exist, but the Galaxy Note 7 does, and Samsung launched it in Australia on 19 August 2016 for an outright price of $1,349. 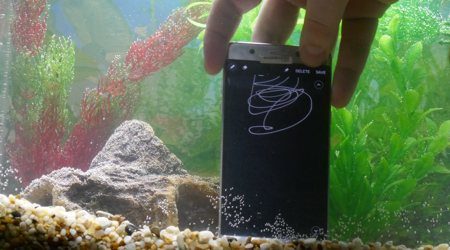 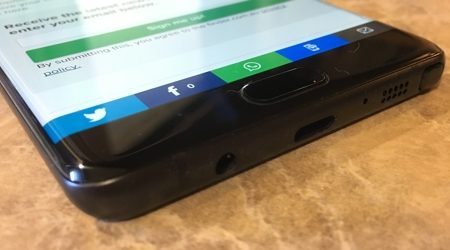 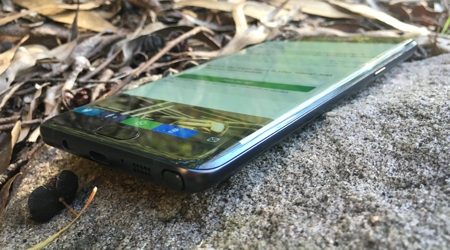 Downsides: Why you might not want the Samsung Galaxy Note 7 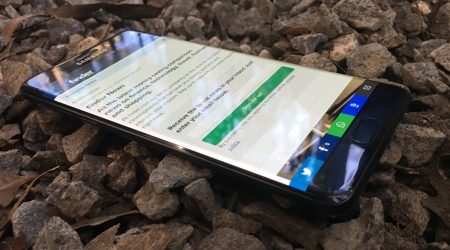 What are my other options?

Another member of the Samsung Galaxy family already offers many of the same functions and performance points as the Galaxy Note 7. The Samsung Galaxy S7 Edge is less expensive for only a small dip in screen size and the lack of S-Pen functionality, but if the Note 7 entices you and you rarely use the S-Pen, it’s well worth considering.

In the premium large screen space, you could also consider Huawei’s Mate 8, which is markedly less expensive than the Galaxy Note 7. On the iOS side of the fence the obvious comparison phone at the time of writing is the iPhone 6s Plus, which (if you opt for the 128GB version) is actually even more expensive than the Note 7. The 6s Plus would be a poor outright buy right now, however, with its replacement, tentatively the iPhone 7 expected to be launched within the next month. 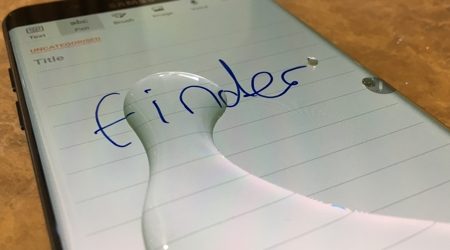 Short answer is that you can't. Not anymore, anyway – after being recalled, then replaced and recalled again, Samsung has stopped selling the Note 7. That's probably for the best – experiencing the thrill of an exploding phone probably isn't a great idea. But Samsung's Galaxy S7 Edge is probably the closest device to the Note 7 in terms of specs and performance (although it doesn't offer a stylus). If you want to grab the S7 Edge on contract, here are the plans you should be considering: