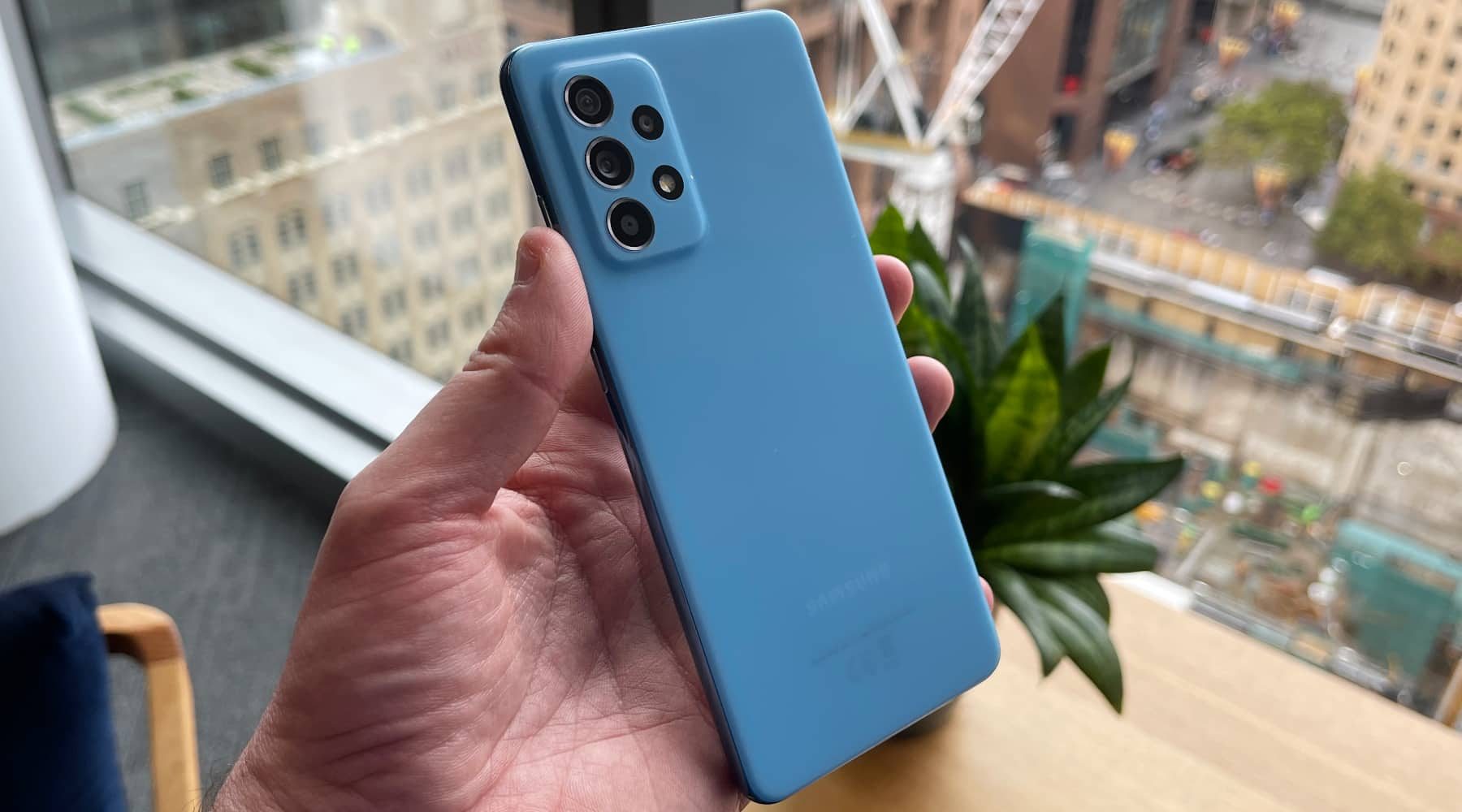 Samsung's throwing a lot of value in specifications terms into its mid-range 2021 Galaxy A series phones, but what's the experience of using them like? 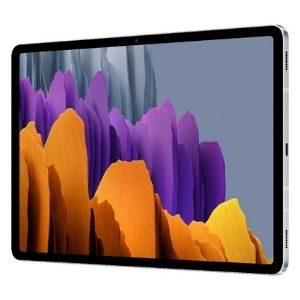 While I was able to have a brief test run of each of the new phones, I spent the most time with the Samsung Galaxy A52 5G handset, so that's what I've focused my early impressions on. This was a test period of less than an hour, so there wasn't time to assess application performance or battery life in a really meaningful way. That will have to wait for our full review – so stay tuned on that score.

Samsung has a confusing lot of Galaxy A phones 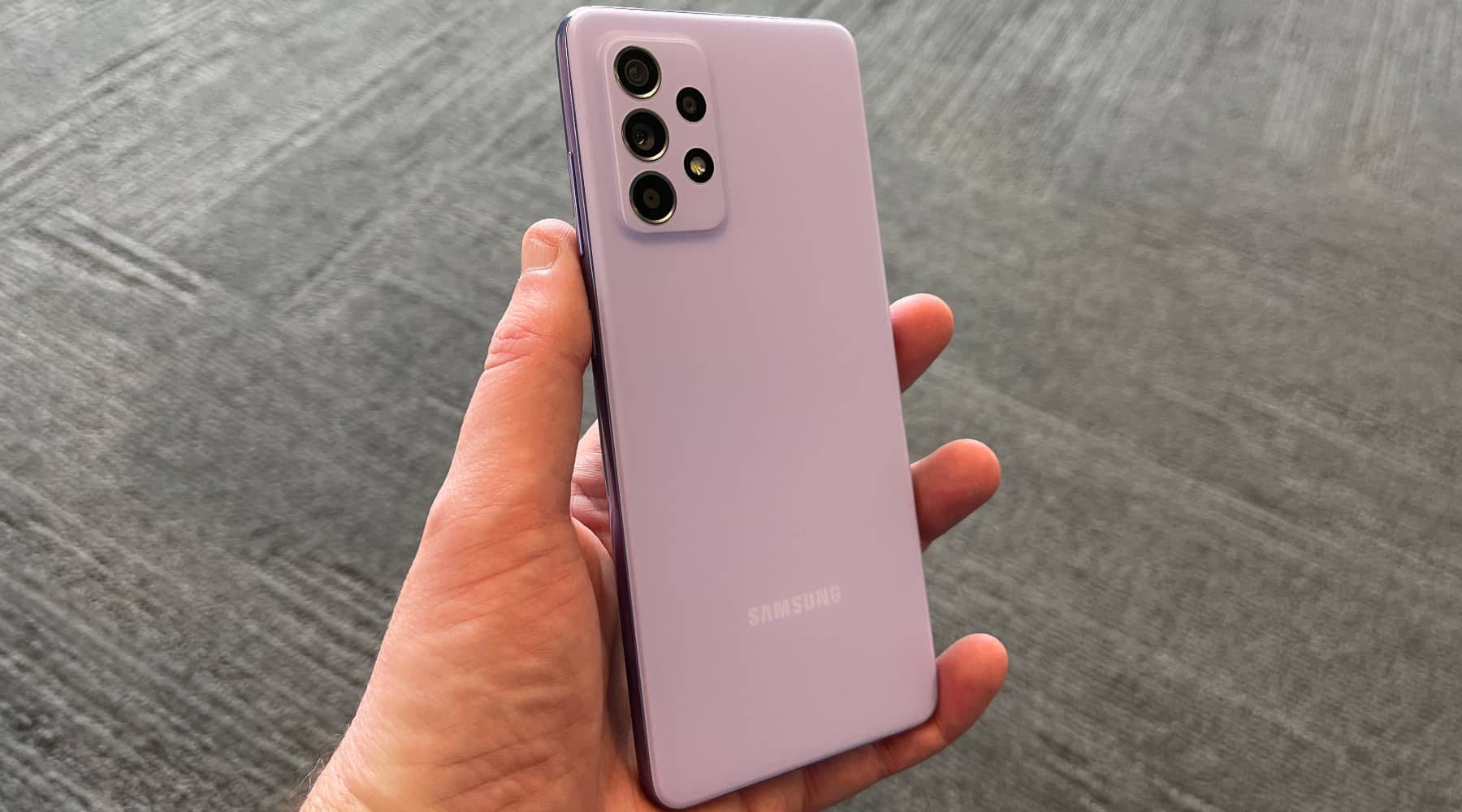 Confused? Yeah, so was I, and Samsung does some interesting things with specifications that do provide different value propositions depending on the phone you buy. These go beyond the usual "this phone has slightly more storage or RAM" that you often see, too.

That difference in specifications is most clear from the way that the Super AMOLED displays on the new phones work. The Galaxy A72, Galaxy A52 and Galaxy A32 (5G variant) all have 90hz capable displays, but if you opt for the Galaxy A52 5G, you get a full 120Hz display option.

That's still relatively rare in the mid-range space, although annoyingly Samsung's not offering an absolute on/off option for this. You can push the phone down to 60Hz to save some battery, but otherwise it runs as "dynamic" refresh rate, rather than a fixed 120Hz rate. 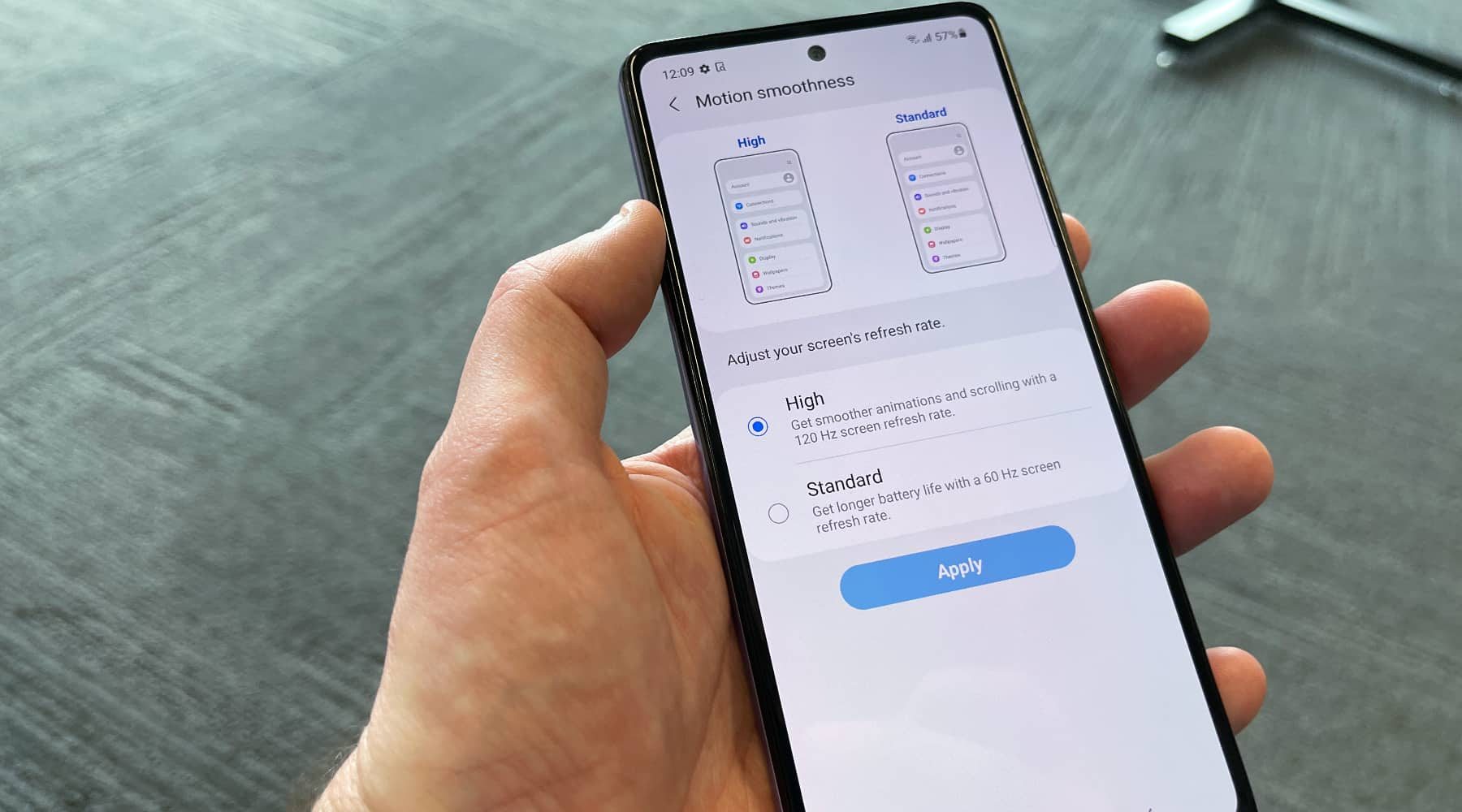 Samsung makes really nice phone screens, both for itself and many other phone makers, and that's entirely evident in the brief period I had to play with the Galaxy A52's 6.5 inch FHD+ display. It's also – to my grip – about the perfect size for a phone. Yes, there's something to be said for a larger phone, and if you want that, there's the Galaxy A72 – but there's also benefits to a phone that's not too big to easily hold in one hand.

There was a time when if you wanted a Galaxy A series phone, you could get it in black, or if you were super lucky, white, and that was your lot. Colour was a premium feature, but not any more, with the 2021 Galaxy A52 5G shipping in four colours. Sorry, Samsung, four "awesome" colours, because this year's marketing prefix is "awesome", so it'll be available in "awesome black", "awesome violet", "awesome white" and my favourite, "awesome blue". Yes, I'm still something of a sucker for blue phones. I didn't have the chance to check out the Awesome White finish phone, but while the colours and contours are pretty nice, like so many other plastic body phones, they're also very happy to pick up fingerprints en masse. For obvious pandemic related reasons Samsung representatives had cleaned each phone in-between each person using it, but this was a cleaning job that really only lasted a very short time.

Good cameras, but Samsung's got some stiff competition

Again, the range of Galaxy A phones that'll soon be available for sale have a pretty wide array of camera functions. This includes some oddities – if you trade off the 5G capability of the Samsung Galaxy A32 for simpler 4G, you'll get a better primary camera in return, for example – but for the Galaxy A52 5G, what you're looking at is a 64MP f/1.8 sensor with OIS, paired up with a 12MP f/2.2 ultrawide and 5MP f/2.4 macro lens, alongside a 5MP depth sensor.

That's a fair recipe, and the 5MP resolution of that macro camera means it may shoot a little better than the vast array of 2MP macro sensors we see on so very many mid-range phones right now.
The circumstances of my hands-on didn't afford me too many opportunities to really push the camera capabilities of the Galaxy A52 5G, although I could have used the 3x Optical Zoom only found on the Galaxy A72 given that I was midway up a Sydney office block while doing so! 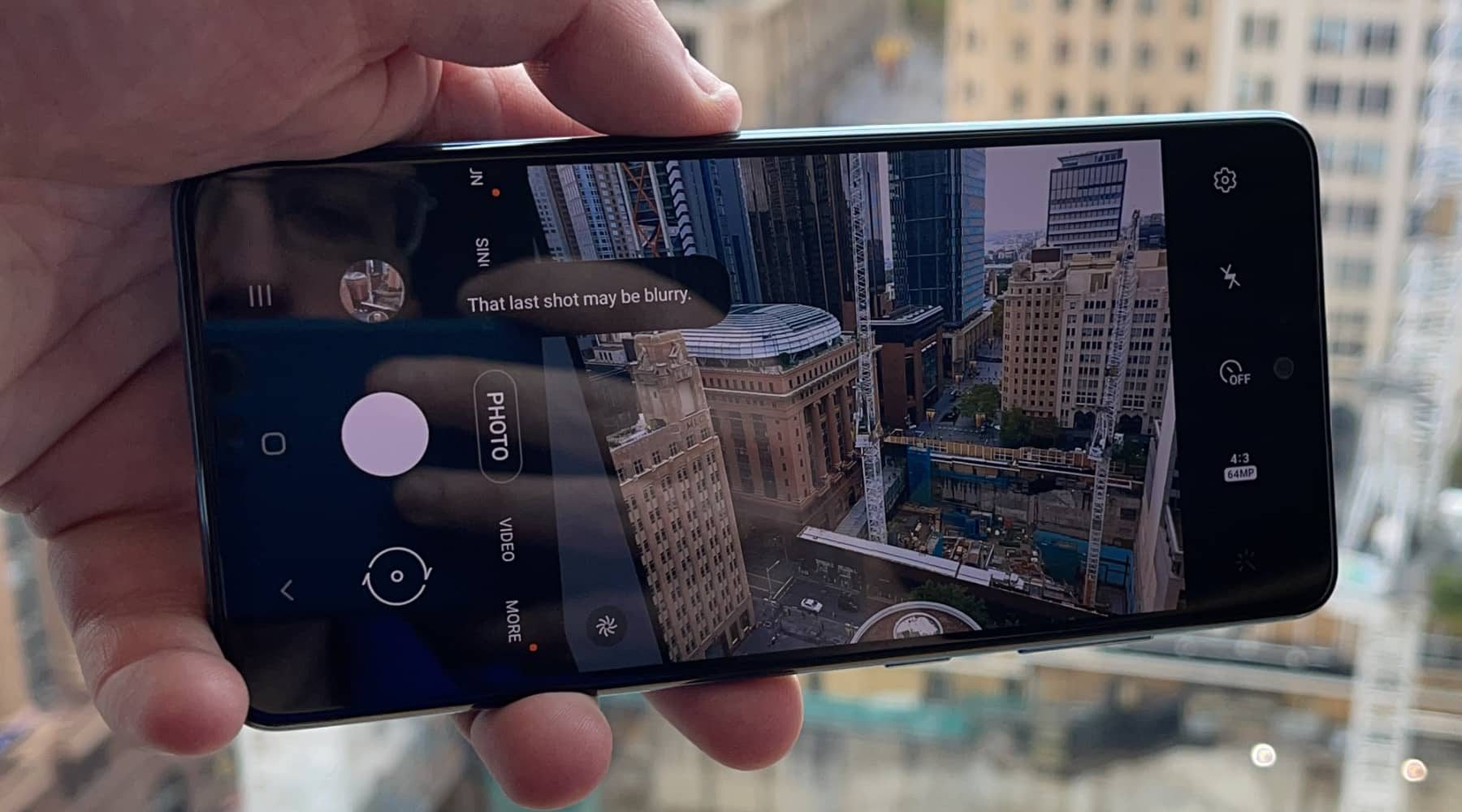 The Galaxy A52 5G appears to shoot fairly well, but I will need far more testing time to properly gauge it against its mid-range competition. Samsung delivered solid value late last year with the Galaxy S20 FE 5G (which remains on sale – it's kind of like a "super" A Series phone at this point), so I'm hopeful it can continue that trend in 2021.

Pricing for all the new Galaxy A series phones is as follows: