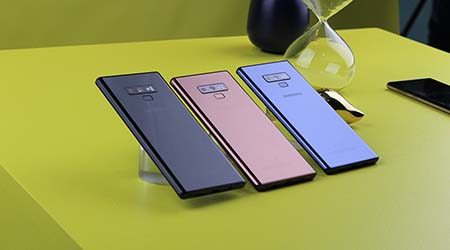 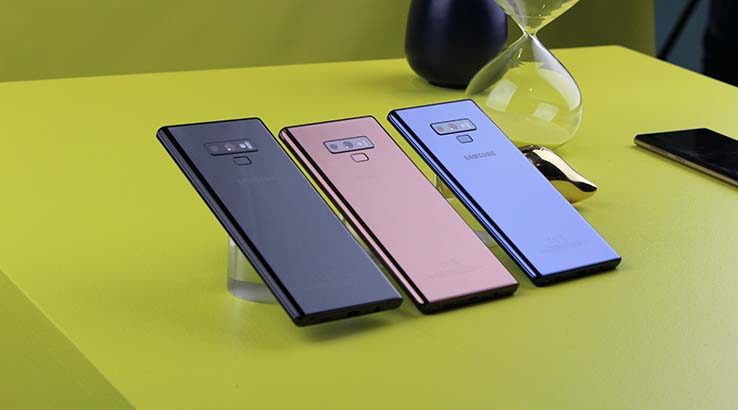 The Note9 delivers more power, increased storage and an improved S-Pen in a familiar design.

As expected Samsung has announced its latest Galaxy Note flagship, the Galaxy Note9, at its Unpacked event in New York City. The device will be available for pre-order from 10-23 August, with units officially going on sale on 24 August.

Since the Note family's inception back in 2011, Samsung has used the larger form factor to launch technologies like dual cameras and curved screen edges that have ultimately made their way over to the Galaxy S family of smartphones. The Note9 looks to refine this idea, with a focus on storage, an improved S-Pen experience and an updated AI for improved smartphone photography.

To focus on the Note9's performance, Samsung has increased the internal battery of the device to 4,000mAh – the largest the Korean company has ever included in one of its smartphones. It will also offer two variants of the device, with the entry-level model boasting 128GB of onboard storage and 6GB of RAM, with a premium option taking that storage up to 512GB and 8GB of RAM. Both devices will also support a MicroSD card of up to 512GB, meaning it's possible to have more than a terabyte of storage on a mobile device.

The Note9 incorporates the same DeX technology as the Note8, but instead of requiring a dedicated dock to function, or for that matter a DeX pad, you can now just use a simple USB-C connection to get going. This can work through a simple USB-C to HDMI connector, or a more elaborate dock with additional connections. You can also now use your phone and DeX at the same time, so multitasking has become significantly easier. 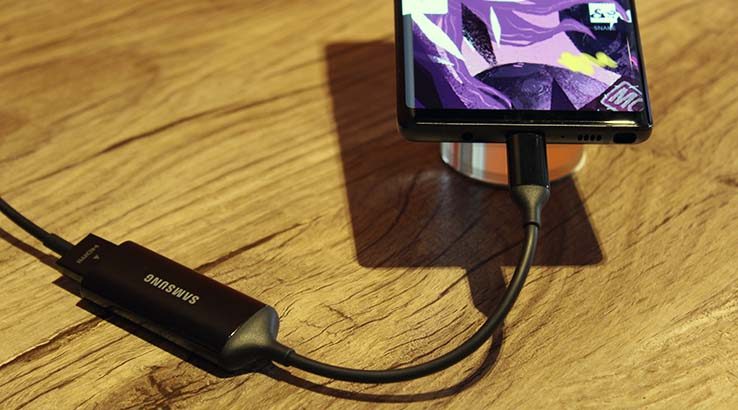 Samsung has also updated its S-Pen, with the stylus now supporting a Bluetooth Low Energy connection with the phone. Quick charging will allow you to give the S-Pen 30 minutes of battery life in just 40 seconds of being placed within its slot on the Note9. The benefit of this Bluetooth connection is a combination of range and versatility, as you can now control presentations, scroll through photo galleries or even take photos by pressing the button on the stylus.

Specs-wise, the camera array matches that of the Galaxy S9 Plus, but Samsung has focused on software improvements for the Note9 launch. For the budding smartphone photographer, the Note9 includes 20 different setting modes that are automatically detected based on the frame of your photo. These settings adjust everything from the colour and saturation to the contrast and more to deliver a visually better image every time you take a photo that matches one of the scenes.

The Galaxy Note9 is also notable for being one of the few Category 18 LTE phones, capable of receiving the fastest possible data connection from supported mobile networks. The phone and the S-Pen are also both rated IP68 water resistant. 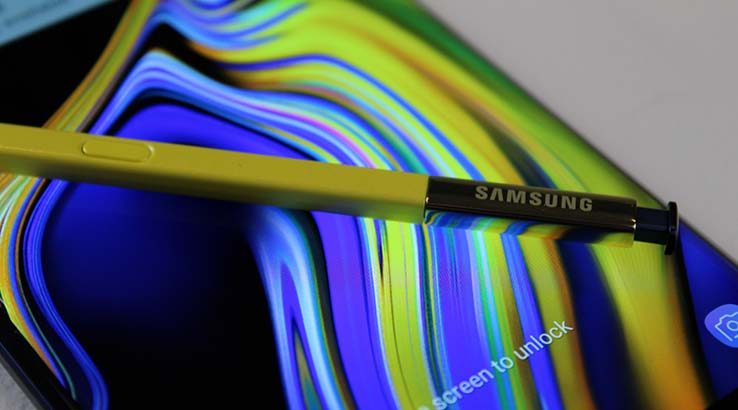 Pre-orders for the new Note9 kick off on 10 August in Australia and run through to 24 August, with official product availability starting on 24 August. As a special offer, all pre-orders will receive the 512GB variant of the Note9 for the price of the 128GB version.

The phone itself will come in three colour variants in Australia, including Midnight Black, Ocean Blue and Metallic Copper. The copper variant will only be available through retail outlets rather than telcos though.

Both Vodafone and Telstra have revealed their pricing and pre-order offers for the new Galaxy Note, though we're still waiting for Optus.