Samsung’s 2018 television range is all about that ambience 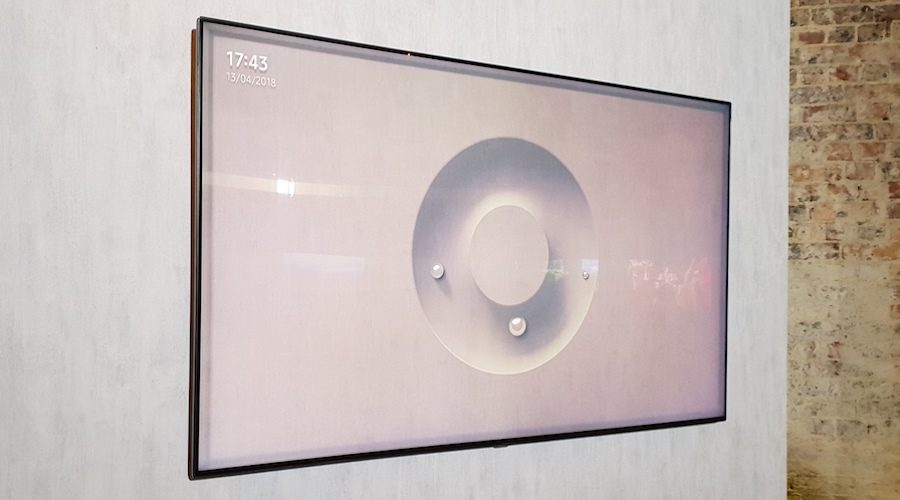 We had the opportunity to see Samsung's new QLED, Premium UHD televisions and more first-hand.

Last year's Samsung QLED launch was focused on showing off what quantum dot technology can offer and the new and improved Samsung Smart TV application, an app that allows you to surf between services like Netflix and Stan and HDMI-connected devices like PlayStation 4 etc.

All this and more is alive and kicking in Samsung's 2018 QLEDs, which are now boasting features more akin to last year's Frame, and we had the chance to see it first hand at an event hosted by Samsung last week. Ambience was the biggest buzzword for the night, and rightfully so. The fresh run of Samsung QLED televisions offers a feature known as Ambient Mode, which is more or less a fancy screensaver.

Using Ambient Mode, you can display the weather or time using one of many abstract artworks and animations, or you can organise your family snaps in a custom checkerboard that displays when the television is resting. However, most impressive was the way the new QLED will detect the texture and colour of the wall it's mounted on and using the SmartThings app to give off the illusion that the screen is transparent. 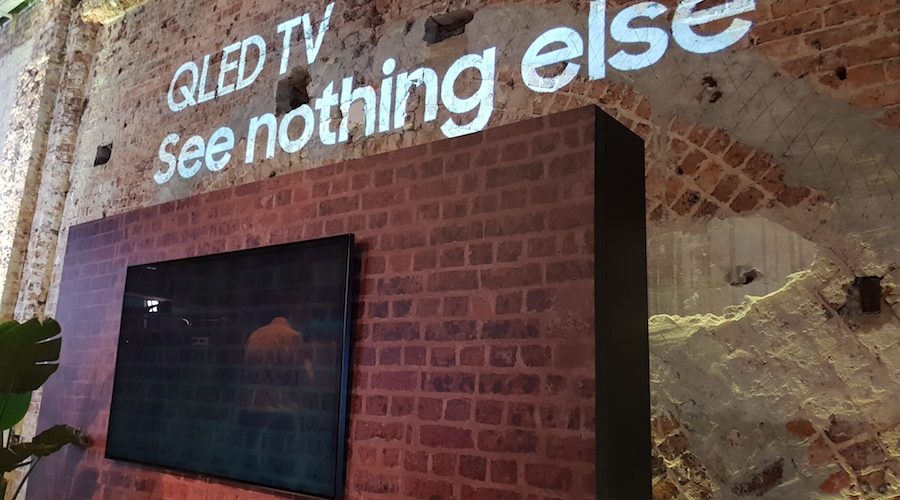 Ambient Mode also picks up on selected user's phones when they enter the room and displays relevant information for that particular user. Mostly basic things, like browsing history, private Facebook messages, you know, the usual. I kid, of course, but we didn't really get to see an example of what kind of user-based information would appear on the screen. I'm assuming it would mostly be tailored news content, sports results etc.

What I am most impressed with this year is the QLED range's One Clear Connection. While past models have toyed with a One Connect Box, a connection hub with all your ports, 2018's QLED range nails it. The beauty of the One Connect Box is that it condenses every connection into one barely visible AV cable, allowing you to manage your cords in a concealed entertainment unit. However, the only issue is that the fibre optic AV cable has never been able to transfer power to the television, so the need for a power cable remained. Not this year, folks.

This year's QLED range condenses every cord, power and all, into the one, nearly invisible, connection.

Of course, there are a number of technical improvements, such as the Direct Full Array tech which uses a "framework of precisely controlled LEDs" to display deeper blacks and reduce screen reflection.

All very impressive stuff and I honestly thing QLED tech is something that has to be seen to be believed; just flicking through my photos of the night, nothing quite catches that stark contrast of mesmerising blacks and colours that pop like seeing it with your own two peepers. Samsung was showing off a UHD version of Star Wars: The Last Jedi during the event and the red-soaked throne room fight scene was a thing of beauty. 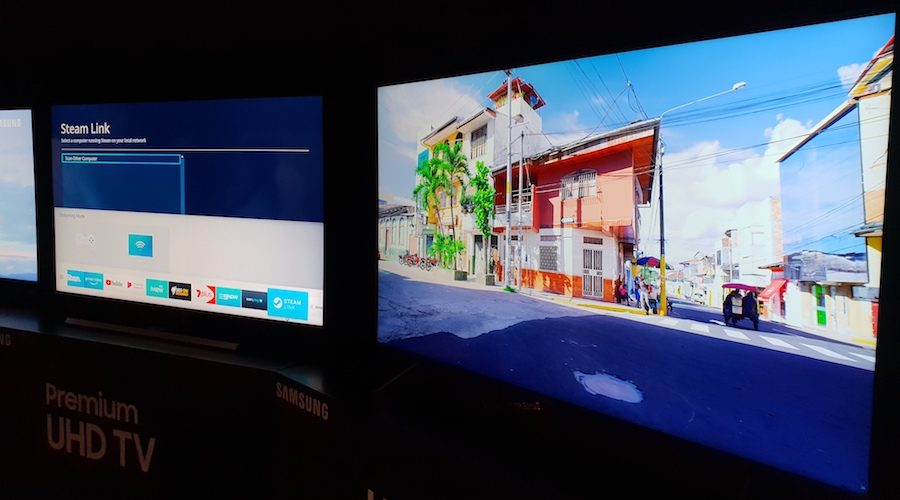 Still, it was the feats of engineering ingenuity that really stood out.

The entire line-up of 2018 Samsung televisions will be available through a variety of retailers from 23 April 2018. We've reached out to find out exactly where you will be able to pick one up, but for now, here's a full list of pricing for Samsung's new range: