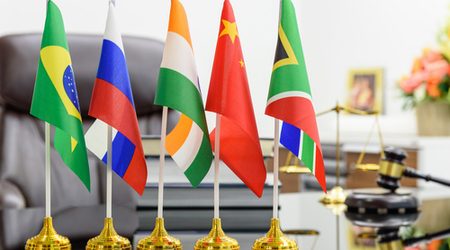 Russia has been racing to embrace cryptocurrencies, specifically for the purposes of weakening the US dollar's somewhat outsized grip on the current world economy, and dodging the worst impacts of sanctions. Decentralisation holds natural appeal for the latter, while central bank-supported digital currencies might be more suited to the former.

Previous reports have said that Russia's central bank has floated the idea of a multinational BRICS (Brazil, Russia, India, China and South Africa) cryptocurrency to other members of the economic bloc, which might be looking to experience the same benefits. The proposal seems to have been first made public in September 2017.

Russia's interest has been clear, but one of the main obstacles to date might have been selling other BRICS members on the idea. A new deal might have cemented some plans around it though, with Brazil in particular warming up to the idea as part of its own ventures into the blockchain and cyptocurrency space.

"Despite the distracting efforts of bank lobbyists, during current period of political changes, we are observing significant increase of the interest in decentralization. There is a number of governmental authorities which are already discussing blockchain technologies. It means that it can become one of the main factors for the economy growth in the nearest future," said Gilberto Ramos, president of the Brazilian-Russian Chamber of Commerce.

The remarks were made following a meeting between members of the BRICS Alliance, the Russian-Brazilian Chamber of Commerce and Industry, and Sociedade Metropolitana in Moscow.

The meeting involved discussions of the risks currently facing the global financial system; the international circulation of cryptocurrencies; and exploration of how blockchain technology could be implemented to "solve the problem of volatility of national currencies during the stagnation of the global economy" according to the Mile Unity Foundation, which signed its own agreement with the Brazilian Chamber of Commerce to help with real implementation of blockchain technologies.

Without full context, and perhaps comprehensive mastery of Google Translate, it's difficult to tell what the signal to noise ratio here is. There's definitely movement among lobbyists and venerable industry bodies though. 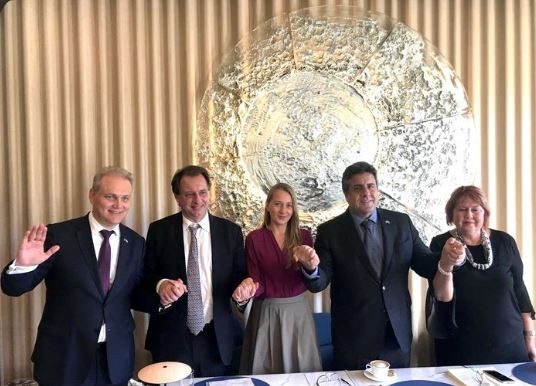 Members of the BRICS Alliance, Brazilian Chamber of Commerce and Mile Foundation.

The weirdest part might be that the origin story of the Mile Foundation, which might be aiming to design the future multinational digital currency, reads a bit like a shlocky spy novel.

As it tells it, an anonymous woman known only as "Lotus Mile" proposes a series of brilliant algorithms to save the global economy before disappearing forever. On the one hand it seems a little bit like a far-fetched attempt to emulate the bitcoin origin story, or maybe a fever dream. But on the other hand that basically is bitcoin's origin story, so who knows. Obviously truth sometimes can be stranger than fiction.

The Mile Foundation also claims a lot of high profile partnerships, but once again it's all very mysterious. It might be possible to guess a few of them, but most aren't given a name.

The Mile Foundation itself seems to be exploring the potential of being a new multinational currency for a new global economy, and seems to be looking well beyond BRICS by opening "embassies" around the world. Its XDR stablecoin is uniquely pegged to the International Monetary Fund's Special Drawing Right (IMF SDR) rather than any single national currency, and backed by supposedly already-existing long-term loans contracts, and long-term trading contracts, as well as the value of MILE – the other unpegged cryptocurrency in the system.

But is it an official multinational digital currency? Maybe, maybe not. Maybe it doesn't matter. Beyond government money, decentralisation serves plenty of people's needs just fine as long as it can hold value.

The world is at a point where an individual organisation (the Mile Foundation) is working to form the partnerships and develop the money to serve as the basis for a new multinational digital currency, which may or may not ever receive the blessing of the IMF and various governments. It's a world where a single person, foundation or business can invent money, which becomes official money if they can just convince enough people to use it.

Everything about the Mile Foundation's goals and origin story is very peculiar, but some peculiarity can be reasonably expected. 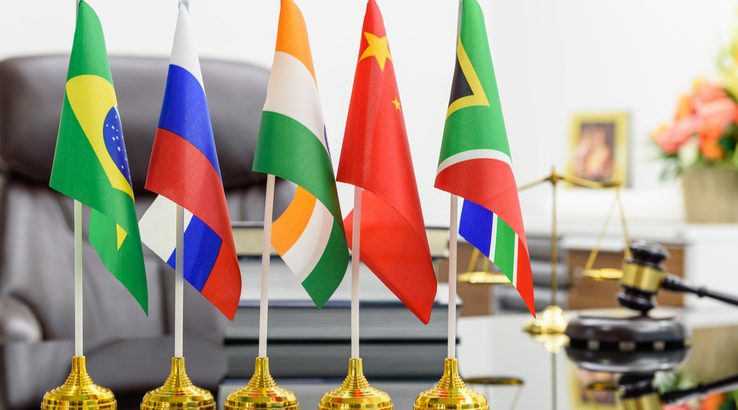 It's probably not worth getting too hung up on the concept of "official" money as meaning "government-created". Anyone (with the right capabilities) can create an IMF SDR-pegged cryptocurrency, and whether or not it ever becomes an "official" multinational digital currency is just a question of whether or not enough people use it.

It seems as likely as anything else that despite its relative obscurity the Mile Foundation is in a decent position to create an actual global digital currency. There's a lot going on beyond the USA, and that's naturally where a global digital currency would emerge anyway because that's where the people who actually want to use one will be.

If it all seems a little too strange to swallow, it might be worth remembering that Venezuela just tried to crowdfund its own new national currency as Russia cheered it on from the sidelines, and the Marshall Islands hired an Israeli tech company to create legal tender for the islands while the IMF tries to talk it down.

It's an interesting time for the concept of monetary value.