Rumour: Will the iPhone 8 use an OLED display? 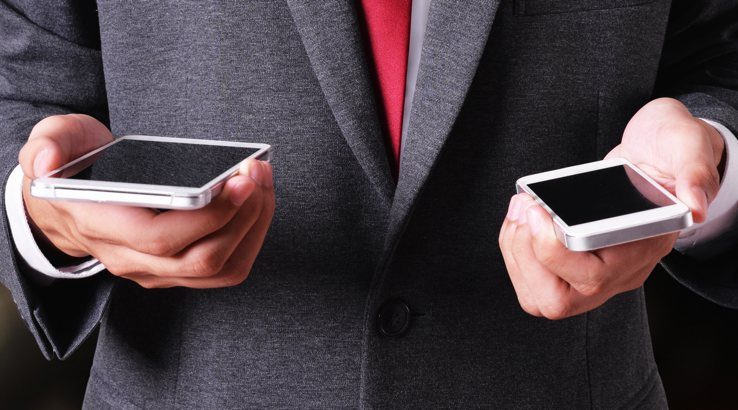 Is Apple about to make a major change to its phone display technology?

Ever since its inception, Apple’s iPhone line has used a standard LCD display, with the primary evolutionary changes being slight upgrades in resolution and a strong focus on colour accuracy. It’s a move that has left the iPhone relatively far behind in straight resolution terms, with rivals such as Samsung, Sony and LG offering 2K and 4K displays in phones such as the Samsung Galaxy S8, the Sony Xperia XZ Premium and the LG G6.

This may be about to change with the next generation of iPhones, currently rumoured to be the iPhone X, although it’s just as feasible that Apple will follow its usual naming style and release an iPhone 7s instead.

It’s been widely reported that Apple has ordered some 70 million OLED displays for use in its upcoming smartphone range. If you like irony, the order is going through bitter arch-rival Samsung, although this is far from unusual in the smartphone space. Plenty of previous iPhone models have carried Samsung-produced components internally, even as Apple and Samsung fought in both consumer markets and courts worldwide.

The current rumours suggest that Apple will only offer the OLED display, probably a curved one, in its top-line 2017 smartphone. That would presumably be the iPhone 8 Plus given Apple’s general preference for saving the best features for its larger flagship phones. Lower-cost iPhone models are expected to carry on using LCD displays.

According to an analyst quoted by AppleInsider, Apple may use this shift to fully differentiate its pricing strategy for the new phones as it hits increasing resistance to higher smartphone prices, especially in China. The same analyst predicts that we’ll see a price drop for the iPhone 7 and iPhone 7 Plus when the new models emerge, but that’s hardly news, as this always happens without fail.

OLED doesn’t have a pure lock on high-resolution displays, but it’s a way for Apple to continue to push other premium areas of the phone while retaining a particular price point for the iPhone 8. To date, the only Apple product to use an OLED display is the Apple Watch.

OLED or LCD: What’s the difference?

OLED (Organic Light Emitting Diode) screens use an array that, as the name suggests, emits light. An array of organic films is stacked around a conductor for each light emitting diode, which then produces light if you apply a current to it. OLED can be either passive, where circuits control entire rows of LEDs, or active, where a more complex array of transistors controls the precise charge to each LED. The latter type, typically called AMOLED (Active Matrix OLED) is what you’ll find in smartphones.

LCD (Liquid Crystal Displays) screens, on the other hand, rely on a backlight to produce their illumination, which is then passed through filters to produce individual colours on the phone's display. There are a variety of different LCD technologies used in smartphone displays and this typically relates to the overall cost of the handset. TFT (Thin Film Transistor) LCDs typically have smaller viewing angles but are much cheaper to produce, whereas the higher quality IPS (In-Plane Switching) LCDs are typically found in more mid-range to premium phone devices.

So what does all of this mean for a smartphone screen? To a large degree it depends on the precise calibration of each screen, especially for premium phones, but generally speaking, OLED displays are typically touted for their higher colour clarity and ability to reproduce white and black tones more accurately with considerably higher contrast ratio. LCD screens are typically brighter and have the benefit of being slightly more power efficient than OLEDs at the same brightness level, but that's usually seen on larger displays such as those found in computer screens and TVs.