Royal Caribbean, Celebrity and Azamara cruises are showing off | finder.com.au

Royal Caribbean, Celebrity and Azamara cruises are showing off this cruising season 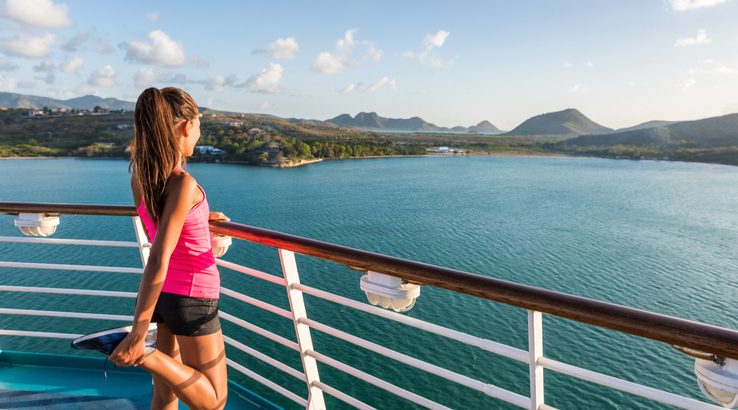 They're just getting warmed up.

The Southern Hemisphere's cruise season is almost upon on, which means it's time for some of the world's biggest ships to go to their summer homes in Australia. From these home ports, they'll mostly be making journeys around Australia, New Zealand, Asia and the South Pacific, but a few will be going much further, all the way to Europe or the USA.

Australia is the most natural home-away-from-home for many cruise lines, so competition for space is often fierce. Three of the biggest winners coming down under are Royal Caribbean, Azamara and Celebrity Cruises. All of them have special plans, including new destinations and new ships.

Between the three of them there will be a total of 97 cruises departing Australia over summer, and some special plans that have never been done before in Australia.

What Royal Caribbean has planned

It's a special season for Royal Caribbean down under, marking the 10-year anniversary of the year it first made the prescient decision to start cruising out of Australia. Back then cruise-goers were impressed by then-unique attractions like rock climbing walls at sea. These days, Royal Caribbean passengers don't need to get out of bed for anything less than indoor skydiving, ice rinks and robot bartenders.

Royal Caribbean is all about jaw-dropping on-board attractions so it's no surprise that the cruise line is keeping mum on the exact anniversary plans, but RCL managing director Adam Armstrong assures that "we’ll be announcing some very special birthday surprises for guests and agents throughout the season... today, we make a commitment to Australians that they can expect continued excellence in cruising, and even bigger, better, bolder and more modern ships from Royal Caribbean for the next 10 years."

What Azamara Club Cruises has planned

Azamara is boutique cruise line, and it's coming to Australia for the third time. 2018 will see every single Azamara ship (all two of them) visit Australia, with the Azamara Journey arriving in January to spend time exploring the country.

Australia has been chosen to test-drive Azamara's first ever "country-intensive voyage", where guests get to explore one country in-depth rather than jump between a lot of different destinations like most cruise lines do. To this end, it's unlocked a lot of brand new destinations around Australia, including Adelaide and Perth for the first time, as well as plenty of regional spots like Kangaroo Island, Exmouth, Bunbury, Albany and Esperance.

To cap off a season of in-depth Australian exploration, the Journey will depart on an immense world-spanning 102-night voyage from Sydney to London, with stops at 60 different ports in 29 different countries along the way.

What Celebrity Cruises has planned

Celebrity Cruises is looking to introduce more Australians to the sea this year, bringing back its cruise sampler weekends by popular demand after a three year hiatus. Departing from Sydney on Friday 20 October, this sampler kicks off the Celebrity cruise season by giving Australians a chance to test the waters aboard the Celebrity Solstice.

The Solstice was voted Australia's best cruise ship at industry awards in 2015, and sits at the top of Cruise Critic rankings, so the sampler is a perfect opportunity to either see how well it's aged, or what the big deal is, depending on whether or not you've sailed it before.

It's also giving cruisers more time to explore the nightlife around Australia by introducing overnight calls in Cairns, Sydney and Melbourne. It's only going to be basing a single ship in Australia this season, but it's one of the flagships, and will be running a creatively packed schedule.

Between these cruise giants (and Azamara) it's going to be a big season. Bookings have been open for a while, so it might pay to get in there while space remains. If any cruise line or particular ship catches your eye, you can search for it here and explore its itineraries in detail.