Round the world airline tickets: Are they cheaper? | finder.com.au

Are round the world airline tickets cheaper than booking single flights?

We compare round-the-world (RTW) ticket prices with the cost of single flights to see where the real deal is.

It doesn’t matter whether you’re a luxury jetsetter or a youthful backpacker, if you want to tick those world highlights off your bucket list in one massive trip, a RTW ticket could be your golden ticket.

The question is: is it really worth it?

For some travellers, this pre-booked, one-way itinerary of flights could be a godsend; for others it could be a hefty price to pay for being too lazy to DIY. Confused which one you are? Don’t be. We’re here to break that RTW down to see if it can save you the big bucks.

Here are the major airlines and tour companies offering round-the-world trips and what you can expect to get for your dollars.

How do round-the-world tickets compare to DIY flights?

We broke one of the cheaper fares down to see whether you're saving big or losing out.

Here's what we've come up with:

3 August 2019: $656 on Aeroflot. After a couple of weeks exploring Hong Kong, you'll be ready to jet off to London. Aeroflot has flights throughout August for as little as $656. The catch? You'll have to transfer in Moscow but the transfer times can be as little as 2.5 hours so it's not too bad. Baggage (23kg) is included in this leg.

6 September 2019: $853 on American Airlines. After two weeks in the city that never sleeps, you're probably ready to head home. If you're willing to deal with some lengthy stopovers then you can save yourself a few hundred dollars by flying via Hawaii on Hawaiian Airlines. Prices are closer to $690 but you're adding on at least 10 hours to a 24-hour flight time. 2 checked bags (23kg) are included for this leg so you don't have to stress about all those souvenirs you've been collecting.

Verdict: Is it cheaper to DIY? In this case, no. While you're likely to pay more if you're not a student or under 30, it's tough to compete with a fare that's cheaper than a return flight to New York on its own (trust us, we checked). Throw in the convenience and flexibility of a RTW ticket and in this instance, the RTW is a clear winner. 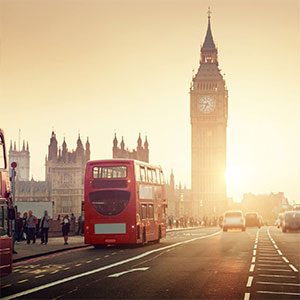 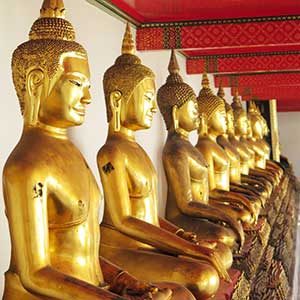 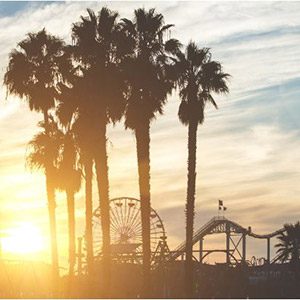 So are round-the-world tickets worth it?

In this example, you're looking at a saving of $1,085. In some cases, if you're a traveller who's counting every cent and has the time to jump on any bargain fares that pop up, you could be better off booking things yourself. Otherwise, it might be worth it to delegate all that legwork to someone else. Depending on the ticket issued, round-the-world tickets may be more flexible than a basic point-to-point fare. For long-term travellers or those who would like the flexibility of changing dates along the way, consider the costs of changing those one-way fares.

Round-the-world tickets might be more worthwhile on certain itineraries. It depends on the following factors:

At the very least, invest an afternoon researching flight costs then hit up a round-the-world specialist like Flight Centre or STA Travel to see what it can offer.

What is a round-the-world ticket and how does it work?

Essentially, a RTW ticket is a one-way, long-haul flight with multiple stopovers. Only one ticket is issued, which includes all your flights, and your itinerary can often be tailored to the destinations you want to visit.

RTW tickets often come with conditions and constraints, which can make all the difference in your decision to snap one up. These can include the followin

As many RTW tickets are issued by airlines or alliances, you'll be restricted to flying with their airlines and to their destinations. Budget airline such as Ryanair, aren't included in RTW trips since they don't belong to an alliance. Alternatively, some RTW tickets are issued by tour agencies such as Flight Centre and RoundAbout Travel, which can open up your options.

Is a multi-stop ticket the same as a round-the-world ticket?

If you'd only like to visit two destinations, you may consider a stopover instead which could save you even more money. Stopovers are short (at most a couple of days) and are a good way to break up long-haul flights.

How much do round-the-world tickets cost?

The cost of RTW tickets vary depending on your period of travel, the number of stops, distance, the number of continental zones you cross and the class you fly in. Since, more often than not, this is a custom journey, airlines will liaise with you directly to organise your ideal itinerary and will provide you with a custom quote to accommodate your needs.

Which airlines offer round-the-world tickets where I can choose the destinations?

All major airlines and tour operators allow you to choose the destinations that will be in your round-the-world itinerary. Destinations and routes are limited to those which the carrier and its affiliates fly to.

All major airlines and tour operators offer round-the-world, business class tickets where available. These include Qantas, Virgin Australia and KLM.

Can I earn frequent flyer points on round-the-world tickets?

Yes. Star Alliance and oneworld, for example, let you earn and redeem points on round-the-world fares.