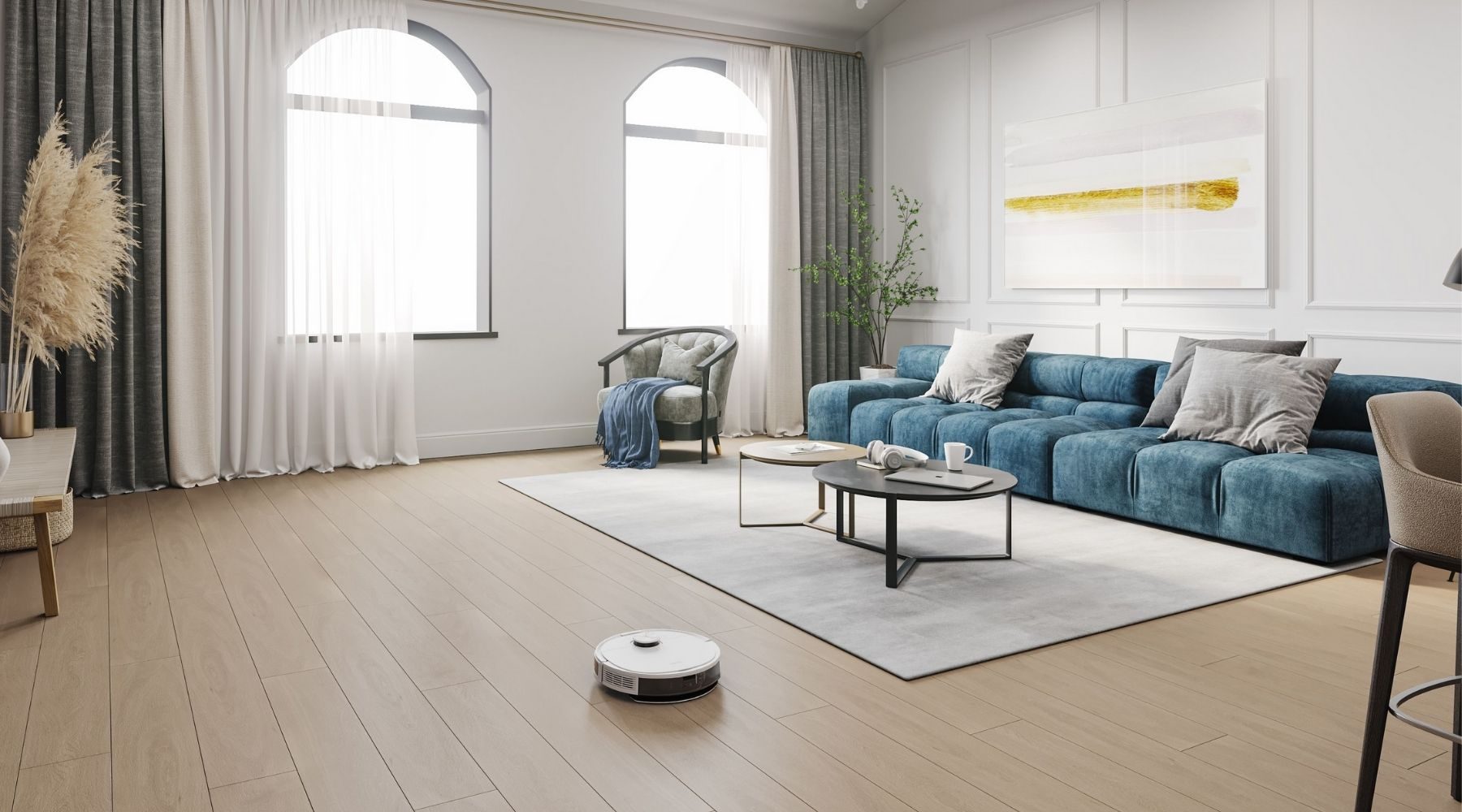 Robot vacuums have come a long way in the past 25 years. You might be surprised at just how far.

Believe it or not, the first robot vacuum appeared back in the 1990s. Yet, for many of us, they still feel like a novel gadget. Chances are, you've never owned one – or even used one – before.

So, now that you're thinking of buying one, how do you know what to expect? What do you really know about robot vacuum cleaners? Do you have any misconceptions about the mini helpers?

We're about to find out. We've partnered with Ecovacs to cover some of the biggest myths – and must-knows – when it comes to robot vacuums.

Early robot vacuums had rudimentary algorithms that would redirect them when they collided with an object. Now, technology is far more sophisticated.

Many robot vacuums can now map out their surroundings and remember permanent obstacles to create a more efficient cleaning path.

Some even use LiDAR to create 3D maps of your home, sensing the size and location of objects, as well as their depth.

For example, the ECOVACS DEEBOT N8 PRO uses dToF laser detection, a type of LiDAR (light detection and ranging), to detect objects as small as 2mm.

Myth 2: They often get stuck or tangled

As with any tech product, performance will depend on the model. Some robot vacuums will get stuck more often than others.

But there are features you can look for which reduce the chance of this happening – including 3D technology and advanced laser detection.

If a robot vacuum has the ability to spot obstacles as small as 2mm, it can detect things like phone chargers and lone socks that it may otherwise get tangled in.

This means you don't have to tidy up or get everything off the floor before you set it going.

There's no avoiding it, robot vacuums don't have the suction of traditional stick vacs. That's a must-know for anyone thinking of buying one.

However, there are features that can counter the reduced suction.

For example, with the ECOVACS DEEBOT N8 PRO, you can use the app to draw out designated areas that might need a deeper clean and it'll spend more time there. It'll also boost its suction power when it detects carpeting.

You can also set it to mop and vacuum at the same time if you want it to, and since it can detect carpeting, it'll avoid that area while it's mopping.

Because robot vacuums are typically circular, it can be hard to imagine them reaching into corners. While some are better than others, you should keep your eyes out for models that have arms or brushes that extend beyond their body.

These help agitate dust and dirt particles which are then sucked into the machine. You might be surprised at how well they can tackle a corner.

Myth 5: You have to empty them all the time

Another complaint we sometimes hear about robot vacs is that you have to empty them all the time.

Since they're smaller than traditional vacuums, they don't hold as much dirt or dust as your normal vacuum. But manufacturers are doing something about it.

With certain brands, you can buy a cleaning station which the robot vacuum can empty itself into when you're not around, or just can't be bothered to do it.

The ECOVACS Auto-Empty Station costs about $399 on top of the cost of the robot itself, but it means you don't have to empty the vacuum for weeks at a time.

Myth 6: They're too expensive

Speaking of cost, there is a perception that robot vacuums are only for rich people. But they actually come in a wide range of prices.

The first ever robot vacuum would have cost you around $2,500. These days, they range from around $400 up to about $3,000 with accessories included.

Obviously the lower-end models will come with fewer high-tech features, but even mid-range models are surprisingly well-equipped. (The DEEBOT N8 Pro that we've mentioned in this article is just shy of $800, before the cost of the cleaning station).

Myth 7: They're just a gimmick

Finally, some people still see robot vacuums as a gimmick that will vanish in a few years. But these little house-proud robots have actually been around a while now and it doesn't look like they're going anywhere.

The global market for robotic cleaners was valued at around $12 billion this year and it's estimated to reach around $34 billion by 2026.

People really do love them.

Outsource your vacuuming with the Ecovacs DEEBOT N8 PRO