Robot House’s sentient roomba Rumu will sweep you away 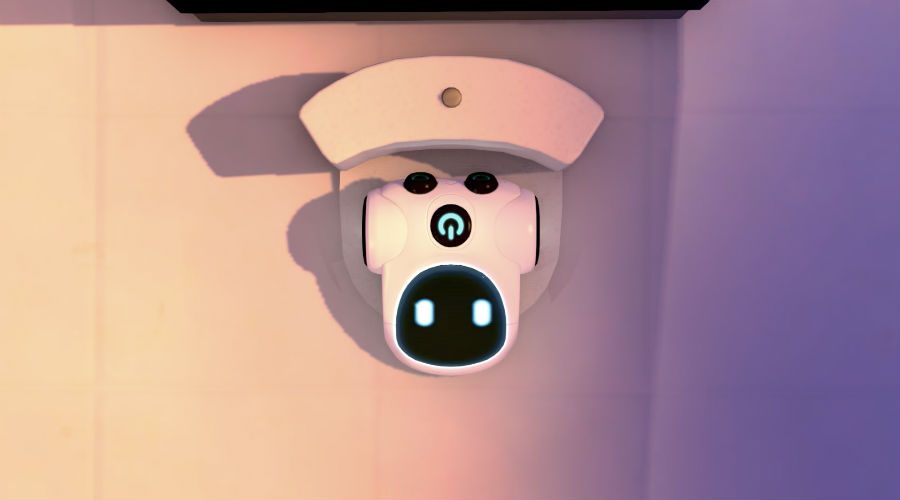 Prepare to get emotionally invested in the well-being and safety of a vacuum with feelings.

There are few things as transfixing as watching a roomba zoom haphazardly around your house, but we’re pretty confident that playing as one in a game of mystery, intrigue and love would have it beat. One of the standout debuts at this year’s PAX Rising, Rumu is the latest offering from indie game developers Robot House - and it’s going to do more than encourage you to clean up after yourself.

We spoke with Rumu’s gamerunner Ally McLean to find out just what it is about tiny robots with heart eyes that makes us so very invested in their wellbeing.

ALLY: Rumu is a point-and-click adventure game that’s about a robot vacuum cleaner with feelings - the usual. It’s kind of like Monkey Island if Monkey Island was really sad and about robots. Through this kind of relationship between Rumu and Sabrina, who’s a type of house AI like an Amazon Alexa device, you uncover this mystery about the people who lived in the house and what happened to them.

People keep asking [why a robot vacuum] but honestly when I pitched the idea I didn’t think it was that strange. It seemed very natural to me, they’re adorable! Why not make a game about one programmed to feel love?

The game takes you, as Rumu, through a labyrinthine array of passages and rooms to uncover the mystery of what happened to your missing owners David and Cecily - while carefully supervised at all times by the house AI Sabrina, and occasionally Ada the cat (who enjoys coming along for a ride).

Beyond the adorable nature of the eponymous Rumu, the game has already gained a reputation for being incredibly powerful in terms of narrative and characterisation.

With a fairly significant online following so far, the team at Robot House have managed to evoke serious feelings of attachment, family, love, sadness and fear at various points of the gameplay.

ALLY: Dan McMahon came on after we sort of pitched the game and started prototyping. He really helped us tell the best version of the story and create a compelling world and compelling characters. I have him to thank and our whole team, our artists and our programmers and our game designers. I mean, it’s like a perfect soup of weird creative people.

Rumu is a serious departure in both tone and scale from Robot House’s debut title, Hulabear (an iOS exclusive featuring a hula-hooping bear with changeable attire and an undying love of salmon).

At just over one year old, Robot House is still quite young, so to see such a sizeable advance in experience, skill and ambition from one project to the next says a lot about their ethos and approach.

While self-branded as often embracing the ridiculous and fun (need I remind you of the hula-hooping bear?), Robot House has also achieved significant emotional weight with Rumu that shows how much the team also values heart and a sense of connection.

ALLY: Hulabear was really fun. It was kind of like a team building exercise for us. We did it in a matter of weeks, whereas Rumu has been a year of our lives and it’s been a real investment from everyone on the team. I think emotionally it’s been a really different process. Hulabear was like “let’s throw this stuff at the wall and see what sticks”, whereas Rumu has been “how do we craft the best possible experience”. 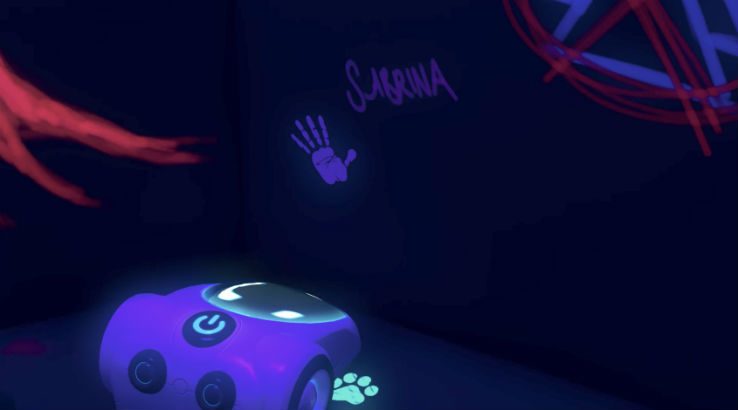 The character of Sabrina carries serious responsibility and emotional weight, so it was critical that Robot House find a voice artist who could successfully pull off the complicated dynamic of the character.

If you're wondering why she sounds so familiar, it's because Sabrina is voiced by acclaimed voiceover artist Allegra Clark, known for her work on Dragon Age: Inquisition, Tyranny and Mass Effect: Andromeda.

As a vocal supporter (pun unintended) of the game's storyline, Clark has posted a number of times on her personal Twitter about how emotionally affected she became while recording the role - even going so far as to take a few moments to herself on the floor of the recording booth to cry or gather her thoughts and emotions.

The process of finding Clark for the role was a simple one - far simpler than the character she plays.

ALLY: We just worked with a really amazing casting agent. We were very obviously particular about what we wanted from Sabrina. She’s not your typical kind of GLaDOS-esque villain. She’s very maternal and it’s really a mother and son relationship, or dynamic, that we play with between Rumu and Sabrina, so having someone who could convey that kind of fear of losing maternal control over someone was really difficult. But we found Allegra and she was an absolute dream.

Being in the recording sessions with her was definitely a phenomenal experience. She really fully immersed herself in the character, it was great.

Rumu will be released for PC on Steam by the end of 2017.