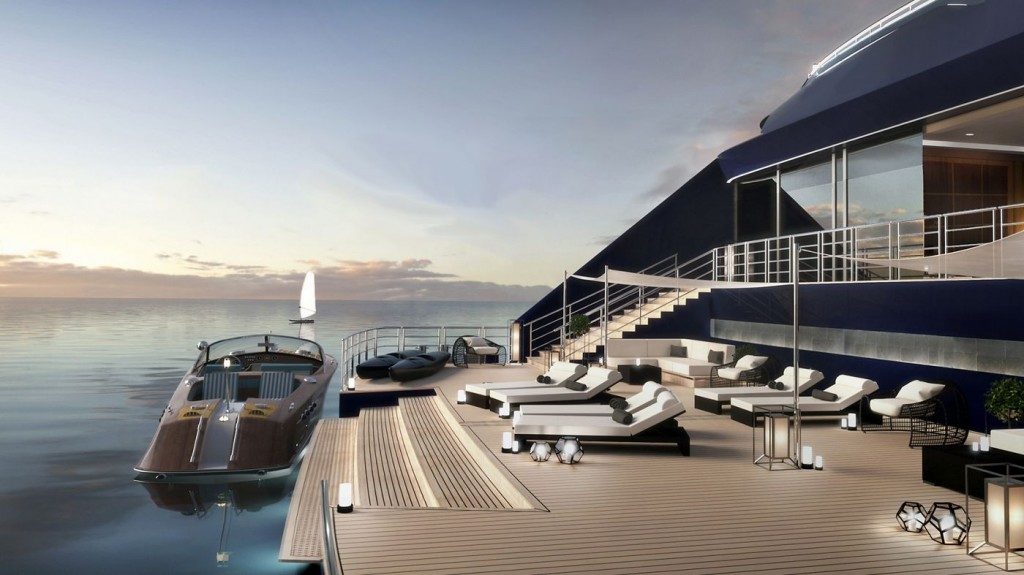 Smaller, but bigger and better.

Luxury hotel brand Ritz-Carlton has declared its plans for a new luxury cruise line, the Ritz-Carlton Yacht Collection. The "collection" will include three unique 298-passenger ships, designed to be true luxury penthouses on water, rather than mere boats.

It's an experience that may have eluded most cruise lines so far, but Ritz is taking a very different approach to anything that's ever been done before, tasking Sweden's Tillberg Design with bringing some eyebrow-raising specifications to life.

Fredrik Johannson, executive project director, knows where he wants to go with it. "Most ships in port look the same - but this won't. I'm looking for the Maserati effect. I want people to see it and wonder how stunning it is on the inside."

He's probably well on track. The appearance alone is head-turning, but by the numbers it looks like there's definitely a lot more to it than meets the eye.

Bigger on the inside

Firstly, these ships are very small and intimate by mega-cruiser standards, but enormous by luxury yacht metrics, coming in at 190 metres long. You'd typically expect to find at least 600 passengers on a cruiser this size, but the Yacht Collection will only carry half that. The closest equivalent is probably the French cruise line Ponant running intimate 132 passenger vessels. Those, however, are much smaller coming in a (relatively) compact 130 metres.

The vessels in the Ritz-Carlton Yacht collection will be a lot more spacious than other small cruisers, but still maneuverable enough to travel rivers, canals and fjords, and more select ports that won't see mega-cruisers. 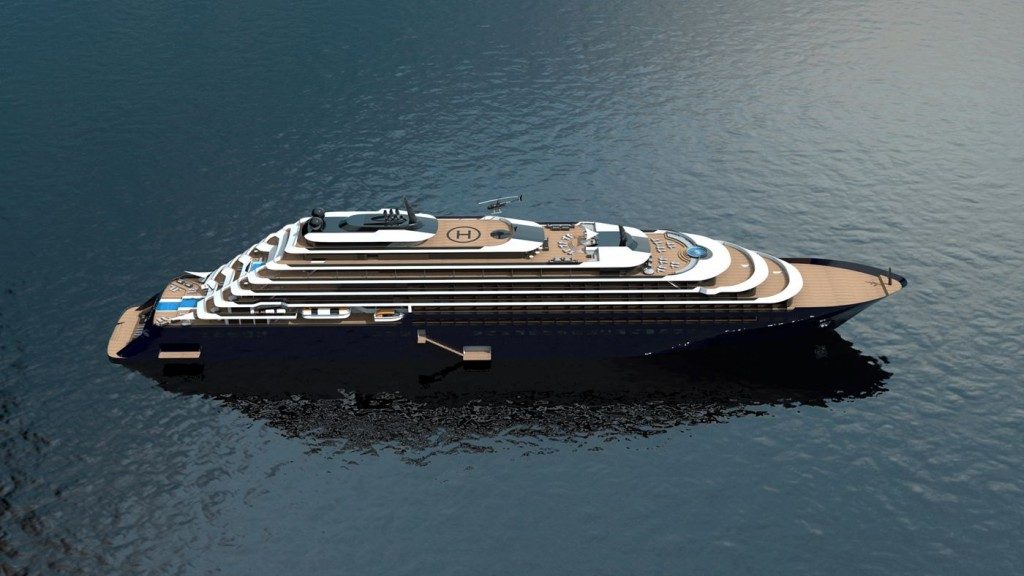 The sleek lines, marinas and other recreational features all contribute to Johannson's "Maserati effect."

"I don’t want to stop in Marseilles—it’s a huge commercial port." says Johannson. "Instead I can stop in St. Tropez... Commercial boats cannot go to places like Mykonos, to Portofino, to St. Barths."

This kind of flexibility matters, because the Ritz is looking for than just exclusivity in its destinations. Each port of call will also be its own event, with local chefs, artists, dignitaries and guest lecturers being invited on board, so every single trip will be one-of-a-kind in its own right.

Most cruise ships are built to disembark guests for shore excursions, but the Yacht Collection is meant to bring them on board.

The interior and deck spaces have been especially designed to facilitate these visits, featuring fluid, spacious and wide-open designs. There will be no prescribed mealtimes, no opening or closing hours and an emphasis on invisible, rather than flashy, entertainment and service.

When they're not being catered by regional guest chefs, the Ritz-Carlton Yachts will feature restaurants by Sven Elverfeld, of the three Michelin starred Aqua restaurant, as well as onboard wine bars, lounges and much more. 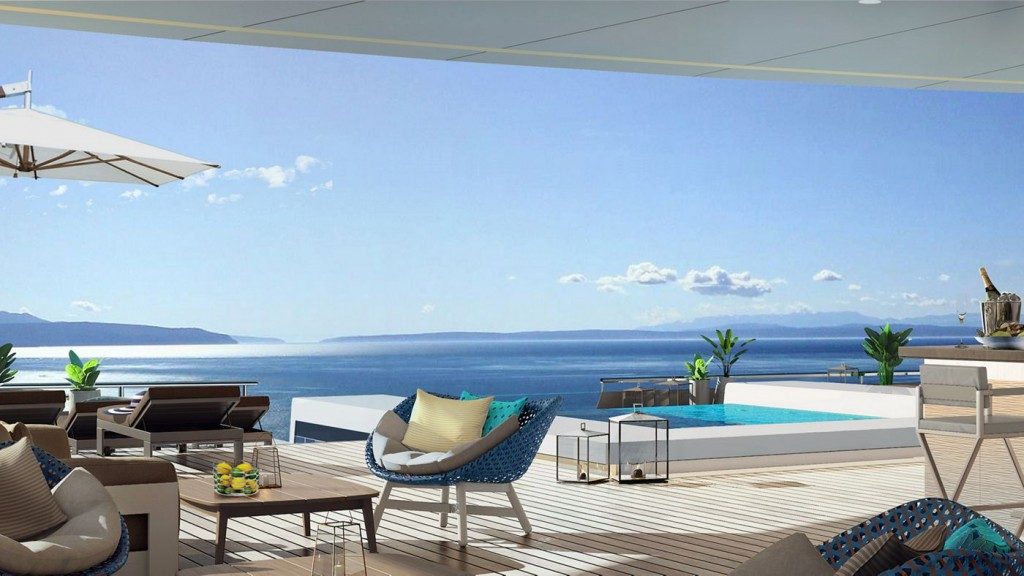 As for the rooms themselves, they'll be largely designed in keeping with the famously rigid Ritz-Carlton playbook, to make each suite feels a lot more like anything but a cruise ship. High ceilings, double sinks, writing desks and other distinctly un-cruise features will characterise each living space.

If everything goes to schedule, bookings will open in 2018 and the first ship in the Ritz-Carlton Yacht Collection will take to the seas in 2019, calling at destinations around the Mediterranean, Northern Europe, the Caribbean and Latin America.

From then on, Ritz-Carlton will be the world's only dual operator of luxury cruises and hotels under the Marriott, meaning these cruises might be largely integrated with the Marriott Rewards program.

The ultra-luxury cruise industry is burgeoning, and highly competitive, but right now it looks like Ritz-Carlton could set a new benchmark.

While we wait for the yachts to set sail, you can still book yourself a piece of luxury at the many Ritz-Carlton hotels around the world, including Hong Kong, Saudi Arabia, Abu Dhabi, Miami Beach and Osaka, through Hotel Finder.