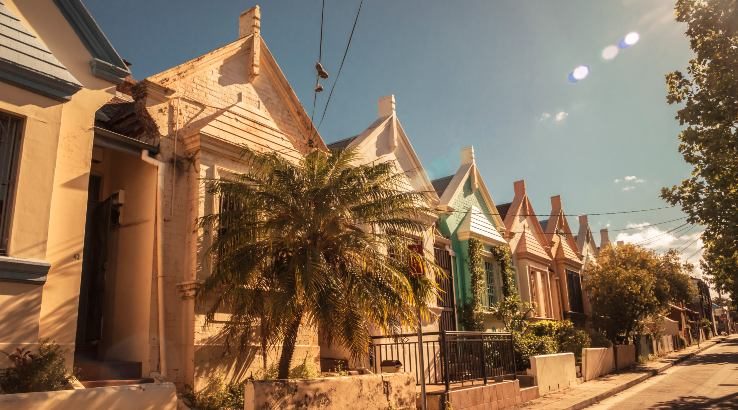 After a sharp decline, Australian property prices are up 4.7%. Let's take a closer look.

Australian property prices are recovering fast. That's according to CoreLogic's most recent Home Value Index, which showed a 4.7% recovery in the national dwelling value index.

The most recent ABS data told a similar story, with a 2.4% quarterly increase in prices, driven mainly by strong growth in Sydney and Melbourne's property markets.

Of course, Australia is made up of multiple property markets, with varying performance in regions and capital cities.

With that in mind, let's look at what's really going on with Australian property prices and what's driving this growth.

Interest rates have never been lower

This is undoubtedly driving some of the price recovery. While property prices are still far too high for a lot of people to actually buy anything, borrowing money has never been cheaper.

Cheaper money is one thing, but credit availability matters too. "Buyers were reluctant to heed the opportunity to buy well in the first half of the year, and once we had interest rate drops, an election result and a loosening of bank servicing buffers, the market movement was palpable," said Melbourne-based buyer's advocate Cate Bakos.

The looser servicing buffers outlined by APRA have allowed lenders to be less strict when assessing mortgage applications. This is in sharp contrast to a year ago, when lender scrutiny was so tight that many buyers were turned away.

Availability of credit is a key factor in property prices. As property expert Christine Williams explained to Finder in a recent article, Australia's 2017-2019 price declines weren't the result of a market correction but because "Lenders became very strict and APRA came down with some very hard hitting policy changes" after the Financial Services Royal Commission. "People just couldn't borrow the money because policies were so strict."

This is no longer the case, and we're seeing prices rebound as a result.

Auction clearance rates in Sydney and Melbourne have been strong over the last few months, with rates of 78.1% and 75.3% respectively. This is generally a sign of a strong property market, as sellers go to auction believing there will be a competitive set of potential buyers willing to bid.

Also, the total volume of properties at auction is much higher in Sydney and Melbourne than it was a year ago.

"Buyers appear to be exercising a stretch budget," said Bakos, "paying prices that exceed appraised price research and many younger buyers are leaning on parents for financial support."

It is a different story in other cities. The number of properties at auction in Brisbane, Adelaide and Perth are lower than they were last year, although clearance rates are up. You can see the CoreLogic figures below.

It's worth keeping in mind that auction clearance rates are not the most accurate indicator available. The data collection relies on self-reported figures from real estate agents collected quickly over the weekend. But not all sales are finalised so quickly, and unsuccessful auctions may go unreported.

And not all properties sell via auctions. Many more are sold through private treaty. So clearance rates are at best a rough indicator of the market.

Mixed results in the regions

Unlike Sydney and Melbourne, Brisbane, Adelaide, Perth and Canberra have only recorded modest rises in the latest CoreLogic data. This is partly because price falls in some of these cities were nowhere near as severe as the recent declines in the two biggest markets (Perth is a different story).

Outside the big cities performance varies. CoreLogic's most recent Regional Report (October 2019) surveyed 50 separate regional markets (with houses and units separated) and found that 29 of those have recorded value increases in the last year.

CoreLogic head of research Tim Lawless said that regional growth is strongest in markets "located adjacent to capital cities. As people are priced out of certain capital cities, buyers now appear to be looking to these adjacent regions."

2020 looks to be a strong year for property growth

Price growth is great news for owners and investors, terrible news for people hoping to finally buy their first home. While prices in Sydney and Melbourne are still down from their 2017 peak, they seem set to overtake that peak next year.

Cate Bakos has found that "investors are back in and first home buyers, retirees and upgraders are all pushing hard."

But overall stock remains low in some cities, including Melbourne. Bakos anticipates more stock on the market "in 2020 when the data is more compelling. The challenge harks back to the critical timing for upgraders and downsizers. Most are reluctant to sell until it becomes clear that they can buy."

At the very least, more properties hitting the market could help meet demand and soften the pace of price rises. But low interest rates and available credit look to be key drivers of growth in 2020 regardless.