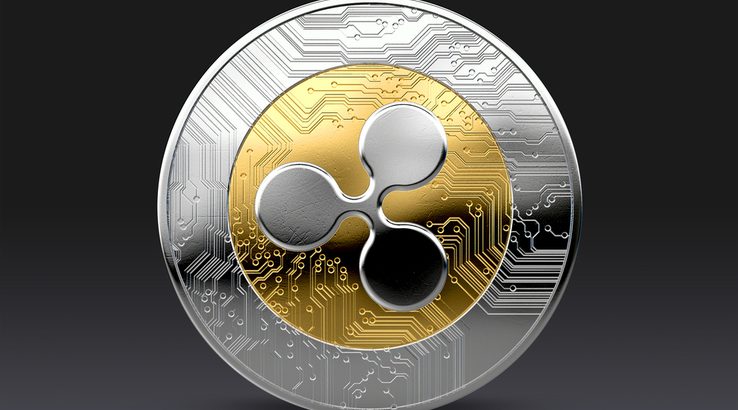 The company has also announced it will be exploring an entry into the Japanese card payment market.

Choose an exchange to buy Ripple

On top of the price hikes, SBI Ripple Asia, a joint venture between Ripple and Japanese financial service company SBI Holdings, announced it is creating a consortium to look into the role distributed ledger technologies such as Ripple can play in card payments.

Why has Ripple’s price gone up so fast?

Ripple was one of the only major cryptocurrencies to not take a big hit over the Christmas period, quadrupling the week before 22 December while the likes of BTC and ETH were dropping up to 30%.

It’s believed a lot of this is due to its popularity in Asia, as shown above with its SBI Ripple Asia venture. This venture has been responsible for several big partnerships in the region, with over 75 companies now supporting the technology.

These types of partnerships have also given a legitimacy to Ripple, tying the value of the XRP token to Ripple’s performance as a company, rather than others such as bitcoin which is based on pure speculation.

It has also been heavily rumoured that XRP will soon be supported by Coinbase. The popular trading platform has been labelled as a king maker in the cryptocurrency space due to its reach and ease of use for buyers and sellers. The platform is adding over 100,000 new users a day and is the most downloaded app on the iOS App Store in many countries globally, including the USA.

What are Ripple and XRP?

Ripple itself is the San Francisco-based company behind the XRP token and is essentially a fast money transfer network using blockchain technology. Ripple’s goal is to be a global settlement network which will eventually allow anyone to transfer money from any currency to any currency in seconds.

Currently, when you transfer money to another currency, that money needs to go through an exchange which can often take days and can be quite costly.

Ripple’s solution to this is to use its XRP token as a sort of global underlying currency. Currencies transferred over the Ripple network are converted into XRP before being converted into the currency the sender is looking to move to.

Transfers over Ripple take a maximum of four seconds, with much lower transaction fees than traditional exchanges.

Unlike bitcoin, Ripple’s XRP tokens aren’t received by mining, with all 100 billion XRP all existing on the platform already but not all are on the market yet. To avoid flooding the market and reducing coin price, Ripple releases around 1 billion XRP every month. The company also hopes by doing this it will create a similar effect to XRP price that mining has had on bitcoin and other similar currencies.