Ripple: We’re here to replace SWIFT, not partner with it 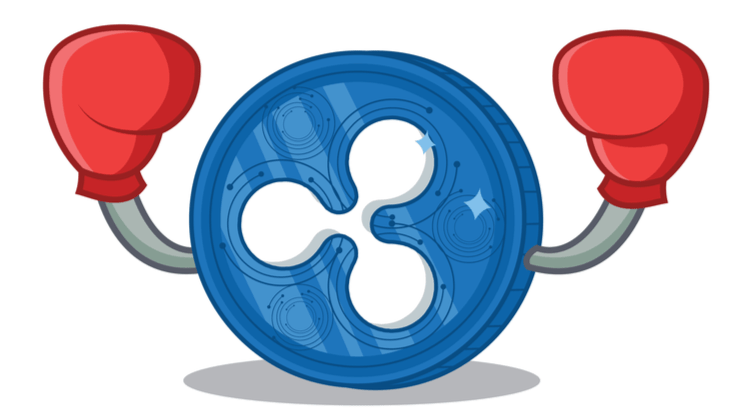 A SWIFT partnership will never happen, Ripple says. It simply has nothing to offer.

SWIFT is the world's traditional international transaction system. It was created in 1974 and at its heart, it is just a messaging platform that banks use to ask each other to send money to different places, and payments get bounced between banks along the SWIFT network, each of which will take a cut of the money as part of its fee.

It was invented decades ago, and despite maintaining many institutional applications, has an impressive range of downsides and deal-breaking limitations by modern standards. The clearest is that it is extremely expensive for individuals. The customer needs to pay the fees for each bank that messages each other along the way. Many of those banks don't actually need to be involved but are anyway. These costs make it impossible to send small payments through the SWIFT network, and almost impossible to accurately predict how much money will actually arrive at the final destination.

It's compounded by costs involved in currency exchange, which also come out of the customer's pocket. Transactions typically use the US dollar as the intermediary, simply because it's convenient for the banks, even if the transaction itself doesn't involve the US dollar. For example, someone who wants to send money from Australia to Europe, converting it to the Euro along the way, will see their money bounced from AUD to USD to EUR. They'll typically be paying a percentage of the total for each conversion.

When someone makes an international money transfer (IMT) through their bank, they're often making a SWIFT transfer. It's mostly on the back-end, but the fee disparity means it's often possible to work out what kind of payment system is being used by looking at the fees. These Commonwealth Bank international transfer fees (PDF), for example, might indicate SWIFT transfers. A correspondent fee, in particular, may be a giveaway that your transfer will be stuck on the SWIFT network. It's an optional extra fee, of up to $41 in this case, that the sender has to pay if they want to cover the other intermediary bank fees upfront rather than just letting the banks take money out en route.

The customer-unfriendly nature of SWIFT transfers has seen rapid growth of remittance companies and other IMT companies, which are almost universally more cost-effective than bank IMTs. But despite the stark difference, many people prefer to stick to banks for their international transfers out of force of habit and the perceived security benefits.

SWIFT network security is also somewhat outdated though. Glaring incidents in the past have highlighted the lack of network oversight, and how easy it is to simply plug into SWIFT. The most famous incident might be the Bangladesh Central Bank heist which almost lost $1 billion, but was interrupted after only $100 million had been siphoned off. The heist was pulled off largely thanks to security holes in the SWIFT network.

With a bit of likely inside help, hackers simply sent a fraudulent message on the SWIFT network instructing that $1 billion be withdrawn. It was then withdrawn and sent as instructed. Unfortunately, the bank it was being sent to didn't actually exist despite being on the SWIFT network. In a clever ruse, the hackers had created an entirely fake institution on the SWIFT network, simply by applying to be a SWIFT correspondent and paying the due fees. There were apparently no effective checks to ensure that the newly registered organisation was legitimate, or even that it actually existed anywhere except on paper. With relative ease, thieves managed to get out with over $100 million, most of which was never recovered.

For some customers, there's a lot of perceived security in dealing with banks, but for others, the high costs, inefficiency and questionable security of the SWIFT network is a turn-off.

In a recent interview with TFX, Ripple's global head of strategic accounts Marcus Treacher said outright that a Ripple-SWIFT partnership would almost certainly not be happening. Firstly, he said, the two groups are currently focused on relatively different markets and transaction types. Secondly, the advent of distributed ledger technology (DLT) coupled with SWIFT's relative lack of innovation, is likely to see SWIFT's demise in the relatively near future.

"The Ripple and SWIFT models are so different that we would not need to partner," Treacher said. "SWIFT's system is not designed to process high volume, low value payments."

"We recognise that our model could eventually lead to SWIFT's demise, as it is equally equipped to handle large as well as low-value transactions, but we are happy to coexist with the SWIFT world."

A decade ago SWIFT's position as the heart of the global financial network may have seemed unassailable, but now it's looking much more fragile. It's a lesson that many of yesterday's disruptors are taking to heart, and Google and others are paying a lot of attention to the potential of next-generation DLT systems lest they get unseated too.

SWIFT recently completed its own DLT proof of concept which could help solve many of the system's lingering disadvantages, but it also has the problem of pushing its clients onto compatible systems, at considerable expense to someone.

DLT stands to fundamentally shift the idea of money from "a financial institution thing" to "a tech company thing," and those tech companies are in a much better position to solve that problem than SWIFT is.

In the future SWIFT might become a cautionary tale, showing the importance of aggressive innovation and why simply keeping up isn't good enough.