Watch a man successfully convert Ripple to cash with an ATM 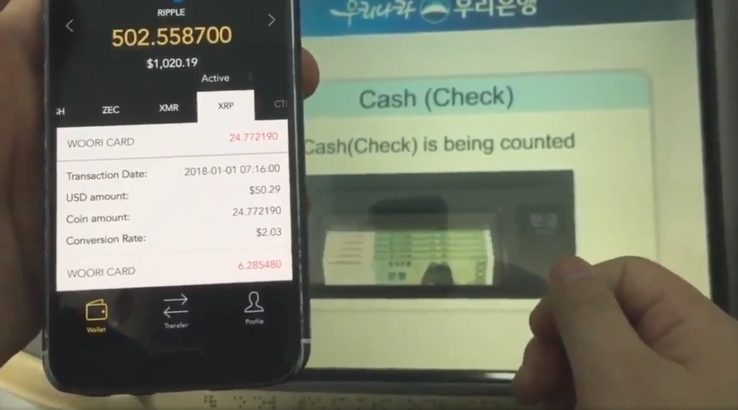 A video has surfaced of a South Korean man using what looks to be a Centra Card to withdraw Ripple (XRP) from his account using a standard ATM.

There’s little doubt that cryptocurrency is taking the world by storm, but the one big wall that seems to prevent it from conquering the mainstream is its inability to be easily spent. While there are certainly places that accept cryptocurrency in exchange for goods and services, they’re few and far between. In truth, cryptocurrency remains primarily a trading platform, rather than a currency in the traditional sense of: “Hey, I like those shoes and I’m going to buy them”.

For Joe and Jane Public, it’s probably the ability to go down to the local store and tap a card to pay for groceries that is the baseline requirement. Going through a long transfer process to convert cryptocurrency back to cold hard cash may be the barrier for those with a fringe interest in the likes of Bitcoin, Ethereum and Verge.

Bitcoin ATMs and shops that accept BTC payment in Australia.

We’ve gone into detail previously about how Ripple looks to differentiate itself from other cryptocurrencies. It looks to step across this divide, positioning itself as a low-fee, lightning fast way of successfully transferring real cash from one currency to another across borders. To achieve this goal, it probably needs to have a more intimate relationship with banks – certainly more so than the fully decentralised cryptocurrencies it trades alongside.

If today’s video leak is to be believed, perhaps Ripple is close to meeting the needs of the mainstream than many suspected. 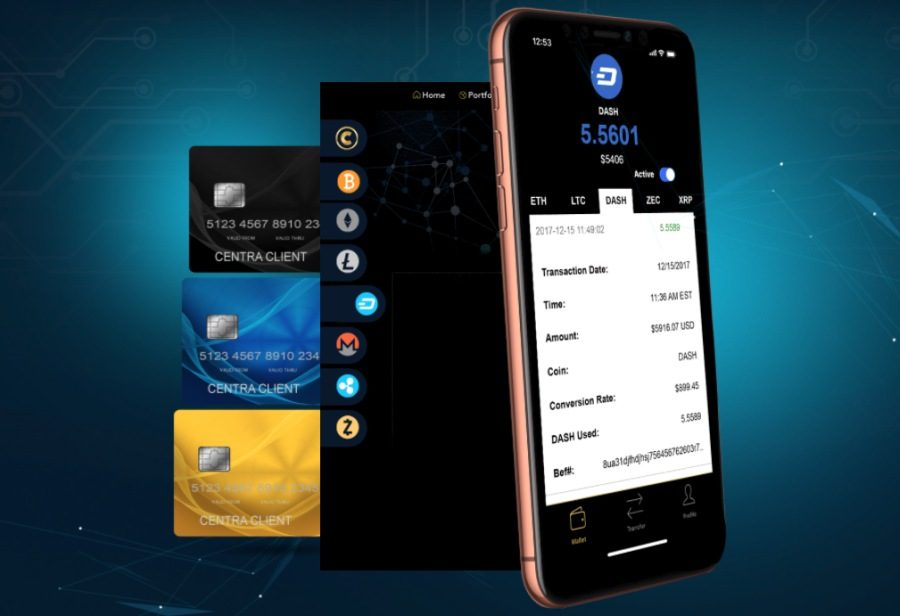 Withdrawing cryptocurrency from an ATM – Ripple to cash

Today, a video leaked online that appears to be the work of Centra Tech. This ambitious startup is looking to create a single debit card that owners of cryptocurrencies can use to exchange their coins for real money at ATMs or to pay for goods at stores. While originally set to be released in Q4 2017, the card hasn’t been seen until today. (The image above was sourced from the official website.)

The low-key video, which you can watch below, appeared on a minor Twitter account on January 1, 2018. It instantly gained some traction. It shows a South Korean man putting what appears to be a Centra Card into an ATM. He enters a pin, and then selects $50,000 Korean Won. Holding up his mobile with an app open – potentially the Centra app – we see the amount get debited in real time. His account lowers by XRP$25 while $50,000 in Korean Won appears from the machine.

If it’s fake – which is possible, of course (this is the Internet) – then it’s impressively put together. We ran the figures on converting Ripple to cash and $50,000 Korean Won exchanges to around US$47. For this individual to get that amount of money in exchange for 25 XRP, he’d have to be trading in his Ripple for approximately US$1.88 per coin (including any fees). At the time of this writing, Ripple is going for US$2.26 per coin, however, it was at the US$1.88 mark only a day prior to the video going live.

So the math adds up, and it’s powering plenty of excitement for obvious reasons. Centra Tech claims to have at least eight cryptocurrencies compatible with its upcoming card, and while Ripple could be one of them, there is no other obvious reason why it was selected for the purposes of this video. However, the choice of Ripple will only add more petrol to the flames already burning under this coin. Especially as Ripple is expected to double in value in the coming weeks when it appears on Coinbase.

More news to come as this story evolves.