Ripple price prediction 2018: is it too late to buy Ripple? 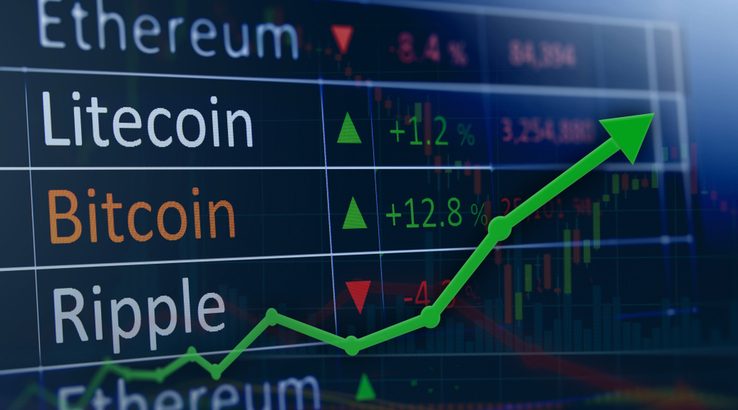 Over the last 24 hours Ripple's XRP price has gone through the roof, hitting over US$2 for the first time and reaching US$2.50 temporarily. Over the month of December, this has gone up over 450%. There's also building evidence that Ripple will arrive on major exchange Coinbase in the coming weeks.

As a result, Ripple's market cap is now sitting at US$95 billion, over US$20 billion more than the market cap of Ethereum, making it the second-biggest cryptocurrency by market value.

Why Ripple could keep growing

The technology is solid

What Ripple opens up for banks and global trading could be huge. Ripple acts as a kind of middle man liquidity solution in transactions and allows two different sets of currencies and values to be traded. This could mean someone looking to send US dollars to another country and turn it into the local currency could do that in near-real-time with minimal transaction costs.

Ripple is being pushed as the potential replacement to the old SWIFT system which is currently used by banks for international transactions. Currently SWIFT processes around US$5 trillion per day. With its faster transfer times and much lower fees, Ripple has a chance to take over that role.

SBI Ripple Asia, a joint venture between Ripple and Japanese financial service company SBI Holdings, announced earlier this week that it is creating a consortium to look into the role distributed ledger technologies such as Ripple can play in card payments. This consortium has already developed technology which enables payments through Ripple using phone numbers or QR codes.

Asian businesses are going nuts over it too, with 75 large groups already signed up to support Ripple. 15 of the world's top 50 banks have also worked with Ripple in some form.

Ripple is run like a proper company with a good team

Ripple Labs, the San-Francisco based company behind XRP, has been around since 2012, developing its blockchain-based technology well before it exploded and get rich quick coins started popping up everywhere.

Since it launched, Ripple has raised almost US$100 million in funding, and now has over 135 employees.

Ripple's executive team is well-respected in the tech industry, and its CEO Brad Garlinghouse is a former CEO of file sharing service Hightail, and was a senior VP at Yahoo for 5 years.

It has started to hit the mainstream

Following its huge growth in December, Ripple has started to hit the mainstream press, bringing more investor attention to the currency. The fact that it is now the second biggest currency by value behind bitcoin now should see this continue to grow even further.

There have also been rumours lately that popular crypto broker Coinbase is looking to add Ripple as an option. When Coinbase added Bitcoin Cash earlier this month, the price for BCH spiked 64% in one day.

The increased popularity of bitcoin itself will help a following on affect as more people start to look for alternative currencies to invest in, and with Ripple now sitting at the number two spot, it should see a lot of follow-on investment.

Could Ripple go as high as bitcoin?

Ripple has set itself up for a potentially massive 2018. Its price has already reached the US$2 mark, after sitting at just US$0.22 in November, a feat many analysts didn't think would happen until at least the middle of next year.

If Coinbase and other mainstream cryptocurrency brokers pick up the XRP, we could continue to see the price rise at a decent pace. Likewise, if more banks continue to partner with Ripple for international transactions and it starts to take over from SWIFT it could spike even further. If the right partnerships are made and banks continue to adopt the technology, it could reach US$5, US$10 or even US$20 by the end of next year. However that all depends on its partnerships.

Ripple will likely never reach the same price for an individual XRP token as a single BTC due to the 40 billion XRP tokens currently in circulation compared to the 21 million for BTC. However, if the rate of growth continues for Ripple, it's total market cap could easily surpass that of bitcoin.

Ripple's current market cap sits at roughly US$96 billion, while bitcoin is sitting at US$226 billion.

If you're interested in getting involved in Ripple check out our guide.