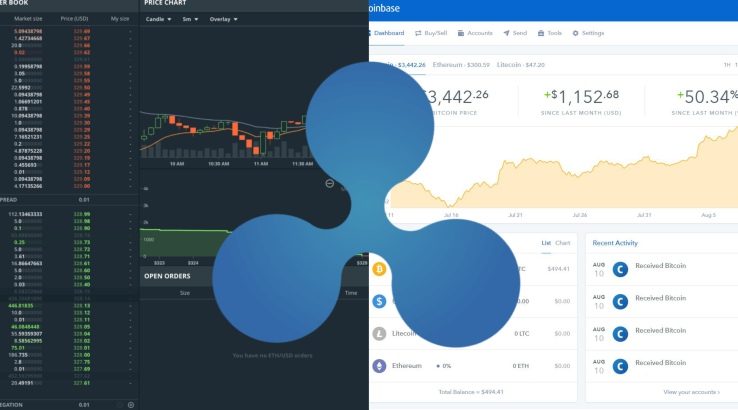 We’re very much convinced that Ripple will arrive on Coinbase this January, but that won’t be the only exchange. Another is certainly along for the ride.

OPINION
Coinbase CEO Brian Armstrong made a statement in mid-December in which he declared that the popular exchange will be adding “many more” altcoins to the platform in 2018. This is a big, big deal for the value of these coins. Just like adding your product to a worldwide retailer like Amazon, being listed on a platform of Coinbase’s stature will greatly increase discoverability. This in turn should build demand, which should raise the price.

We’ve seen it happen before. When Bitcoin Cash was added to Coinbase on 19 December, its value jumped 218% in two days.

What is not official at this juncture is which altcoins will be added. The big tip is that it could be Ripple (XRP). Yesterday we covered in length all the pointers that show why, despite recent suggestions to the contrary, Ripple is expected on Coinbase in the near future. And Ripple on Coinbase would mean Ripple of GDAX.

What is the difference between Coinbase and GDAX?

Founded in 2011, Coinbase began acting as a bitcoin exchange service in 2012. As a start-up, the goal of the company was to make trading in bitcoin easier to understand and perform for casual investors. However, during those initial years, the company’s clientele were primarily traders, and as such, its platform became more and more tailored to their needs, veering away from the initial goals of being something consumer friendly.
List of exchanges that allow you to buy Ripple

By 2015, it was officially named the Coinbase Exchange and was known primarily as a portal for professional traders. When the company decided to add Ethereum support in 2016, it used the moment to split the brand. The Coinbase Exchange as it currently appeared, deep on detail and information, was rebranded as GDAX. Meanwhile, a more consumer-friendly, scaled-back exchange continued to exist under the name Coinbase. Then vice-president of business development Adam White said of the decision:

In addition to better highlighting the exchange that Coinbase is becoming we’re rebranding as GDAX, which stands for Global Digital Asset Exchange. Coinbase is designed for retail customers, while GDAX is focused on serving sophisticated and professional traders. - Adam White, vice-president of business development, Coinbase

Therefore, Coinbase and GDAX are the same exchange, just viewed through different lenses. The UI and features are stripped back from one and highlighted in the other. The only real place where GDAX breaks aware from Coinbase is that it goes beyond cryptocurrencies to also offer fiat currency trades.

Therefore Ripple on GDAX is coming.

If you agree with the evidence we have presented about XRP on Coinbase, then know that Ripple on GDAX is just as likely. When Bitcoin Cash was added to Coinbase on 19 December, it simultaneously arrived on GDAX. When Armstrong talks about his company, he fluidly switches between GDAX and Coinbase when referring to the exchange. More recently, he specifically pointed to how both Coinbase and GDAX adhere to the same due diligence requirements when looking to add a new altcoin.

GDAX isn’t a small player, either. It’s a regular top 10 performer worldwide when comparing the amount of cryptocurrency volume traded at an exchange in the past 24 hours (as seen on CoinMarketCap). So it’s worthwhile noting that the potential arrival of Ripple on Coinbase could also result in the arrival of Ripple on GDAX.