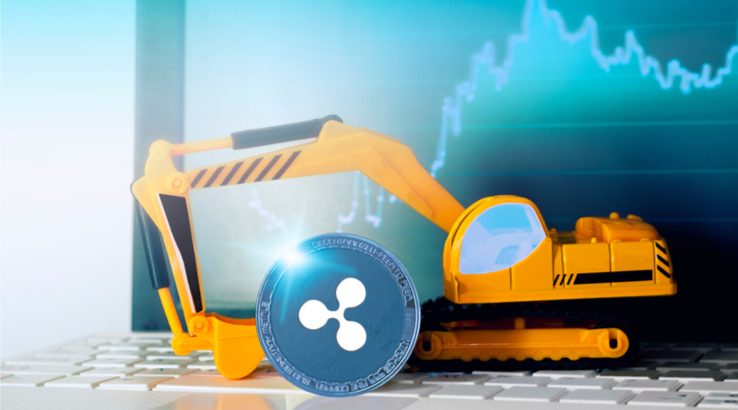 "The practical matter is it’s still too expensive," he said.

"We are always criticized that Western Union is not cost-efficient, blah blah blah, but we did not see that part of the efficiency yet during our tests."

"I don't want to kill it," Ersek said of the partnership with Ripple. He said the crypto company was "very innovative", but Western Union just wasn't feeling the benefits.

Months ago Western Union pointedly said that it was testing cryptocurrency, but it wouldn't be using it. Ersek's recent statements show that nothing has changed since then, but they do highlight some of the challenges facing remittance companies who want to get on the digital currency train.

Just not feeling it

Asheesh Birla, Ripple's senior vice president of product, isn't surprised that Western Union isn't feeling the benefits. He points out that Western Union's test consisted of only 10 payments in the Mexico and USA corridor.

"If they were to move volume at scale, then maybe you would see something, but with 10, it's not surprising that they're not seeing cost savings," Birla said. "They do millions of transactions a month, and I'm not surprised that with 10 transactions it didn't have earth-shattering results."

By his estimates, Western Union would be able to enjoy savings of up to 50% per transaction if it expanded the pilot payment to all of its payments.

The heart of the problem

The problem, Birla says, is that Western Union is forced to stay locked up in its current legacy systems. It's too large and sprawling to tear the entire system down but will be forced to eat double the costs if it wants to move on.

"Unless you’re going to take those fixed costs out of the ecosystem, it’s not going to be worth it for them to move on," he said.

Western Union isn't the only payments company to experience this problem. SWIFT is also hankering for a cryptocurrency solution, but forced to stay hooked on an inefficient and expensive legacy system because that's the only way it can serve clients.

In the case of Western Union, that legacy system is its entire operation, built over decades to transfer money from anywhere in the world to anywhere else in the world. It's the world's largest remittance company, but that scale is also proving to be a major downside as it eyes a digital shift.

In the case of Western Union, the cautious tack might be sensible. Ripping out its existing infrastructure for a digital pivot is 100% guaranteed to be extremely painful and expensive. Meanwhile, the benefits of digital currency are still, in its eyes at least, somewhat uncertain. Western Union's sheer scale puts it in a unique position, and it's not necessarily fair to directly compare it with its competitors.

Remaining patient but proactive might be sensible. Making the switch will almost certainly become much easier and cheaper in the next couple of years, especially if some of the cryptocurrency regulatory hurdles disappear, and if non-cryptocurrency blockchain technology can be used internally to cut costs elsewhere. Both of these will help it actually make the switch more quickly and cheaply when the time comes.

And even if it was cheap and easy to make the switch to crypto right now, it might not be smart for any remittance company to contractually hitch their wagon to a Ripple solution at this point in time. Ripple is the biggest crypto name in the cross-border payments space, but it's not the only one. A few months down the line Stellar might be a more compelling option, or it might even be a company like Coinbase. For a company the size of Western Union, it might make more sense to wait and then play the market harder once it's diversified a bit.

Ripple might be one of the best options right now, but it's position might be just as tenuous as Western Union's.

This is because at its heart, cross-border crypto payment solutions only have two ingredients: cryptocurrency to send around the world, and cryptocurrency exchanges to transfer it to and from fiat. Ripple just happens to be offering a package deal that includes both under one roof. But it doesn't actually matter which cryptocurrency is used as long as it's cheap and quick to send, and it doesn't matter which exchange as long as it can do the job in the country it's needed. Just ask Banco Masventas, which abruptly started using bitcoin for customer payments as easily as finding an exchange and just going for it.

For a company the size of Western Union, it might make more sense to wait and then play the market harder once it's diversified a bit. It will also be easier to look at different solutions and partnerships for different payment corridors, especially once they can be more cheaply integrated into the same system through internal use of blockchain technology.

At the same time, Western Union is clearly playing chicken with the future and can't wait too long. Moneygram made the painful choice to essentially write-off 2018 for the sake of a digital transition and Moody's has issued some fairly dire warnings for the providers that fail to innovate. Meanwhile, cryptocurrency payments are leapfrogging across the developing nations that make up the backbone of Western Union's business.

As Ersek said, Western Union is often criticised for being expensive. That's because it is. Letting customers send money through Facebook and opening new branches might be fun, but they don't solve that fundamental price problem. Digital currency is one of the only things that can, so it needs to be seen as an inevitable next step rather than an alternative road that can be safely ignored. It doesn't have to be Ripple, but it needs to be something.

Western Union's wait and see approach might be a smart move, but only if that time is used wisely.