Quick verdict: The Ring Video Doorbell Pro 2 is the company’s best home doorbell by a long shot, but it’s not suitable for renters, and it’s not inexpensive either. 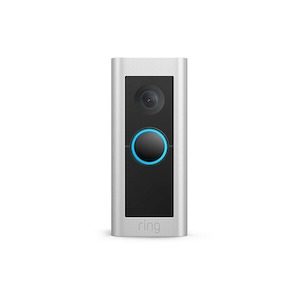 The Ring Video Doorbell Pro 2 sells itself on being Ring's best smart doorbell to date. For its asking price, it would want to be, and while I can't fault it for motion detection generally, the shift to a direct-powered model won't suit everyone who might want one, especially anyone who rents rather than owns their home. 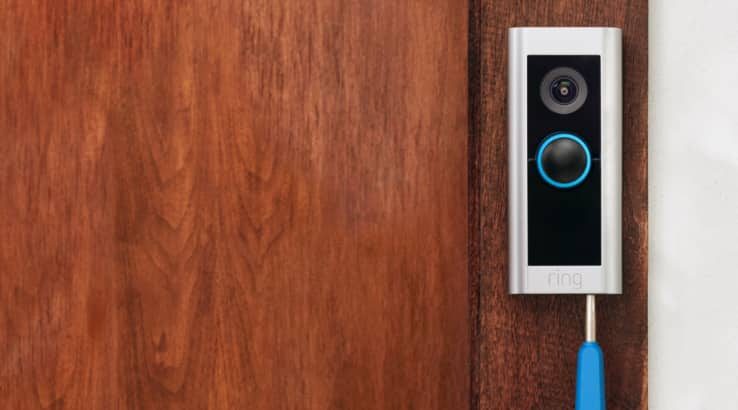 It's all but impossible to talk about the Ring Video Doorbell Pro 2's design without talking about its installation. That's partly because the overall design of the Ring Video Doorbell Pro 2 isn't a massive departure from what Ring has produced before. You get a doorbell button that sits underneath a camera module that affixes to an outside wall that looks much like any other Ring, only markedly more slim, measuring in at 114x49x22mm.

It's not slim because Ring has worked out some way to simply shrink its technology, but because it relies on an actual power point and being either wired in or plugged in at all time. Removing the battery compartment saves Ring a lot of space, but it leaves you with some hard choices to make when installing the Ring Video Doorbell Pro 2.

The mounting suggestion involves the usual Ring angular plate to screw into your outside wall, but also drilling a direct hole in that wall for the power cable to work through. You can either opt to connect up the power terminals to the supplied wall charger – and Ring is super-careful throughout the install process to remind you never to do this while it's plugged in – or pay an electrician to wire it in permanently. That will significantly add to the cost of the whole unit because it's not the kind of direct wiring work you legally should do yourself.

This does remove one advantage present in most other Ring devices because it means that the Ring Video Doorbell Pro 2 really isn't going to be suitable for most people who rent unless you've got a very understanding landlord.

The one way you can get around this issue – and it's the way I tested out the Ring Video Doorbell Pro 2 for the purposes of review – is if you're able to run the cable via a safe window gap to the doorbell itself. It's not quite as pretty, although it does perhaps accentuate the idea that anyone approaching your door is being watched because it's considerably more obvious this way. 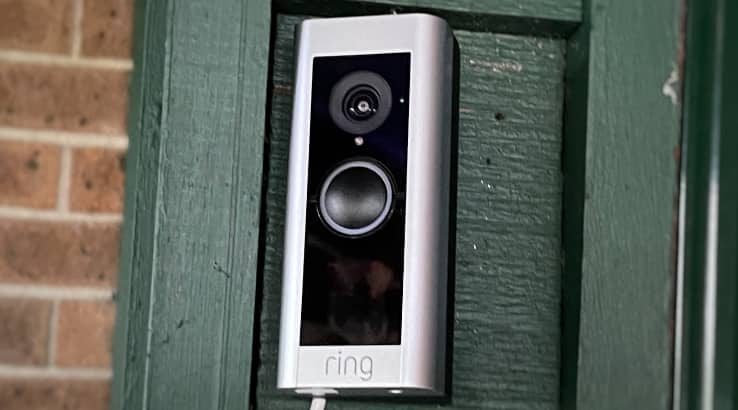 Once you've got the physical installation handled, it's time to use the Ring Video Doorbell Pro 2 itself. That involves registering it through the Ring app for iOS or Android and then configuring exactly how you'd like it to work.

One of the obvious advantages of having a wired power connection is that the Ring Video Doorbell Pro 2 never has to worry about running out of power outside of blackouts, so it's slightly surprising to discover that you can't actually use it as a 24/7 recording monitor. It's still primarily there to act as a more simple motion sensor, with Ring claiming a set of new features to make it even more accurate at capturing motion within its view.

This isn't so much to make it instagrammable but because it gives you a wider up and down view than other cameras, which means that you can see details like deliveries to your door from up quite close. It sounds like a minor detail, but it's genuinely useful if you are out and about when your grocery delivery or package arrives and you want to make sure that it's left where you expect it.

Ring promotes two new features in the Ring Video Doorbell Pro 2, with what it calls "3D Motion Detection" and "Birds Eye View" to give you better pick-up and more information about visitors to your home or office.

3D Motion Detection allows you to set a perimeter radius from your camera's location more precisely, and it really does work very well. I've had a Ring doorbell on my carport door for some years now, and the realities of my set-up meant that I always had it set to maximum or near maximum distance. The Ring Video Doorbell Pro 2 surprised me, stretching even further and detecting considerably faster as well. It's much more noticeable if you have one of Ring's Chime devices set as an internal ringer, as I always notice the sound from that a second or two before any phone notifications pop up.

The other new feature is "Birds Eye View", and in theory, it's meant to let you map motion of a detected event onto a satellite view, so that even if the video isn't clear, you can see where they moved. It's an interesting idea that ultimately doesn't work all that well, or at least didn't do so for me. There's a degree of careful placement in play because it relies on Google Maps-style satellite visualisations to show a movement path, which it can only know if you tell it pretty precisely on your property where it's placed. 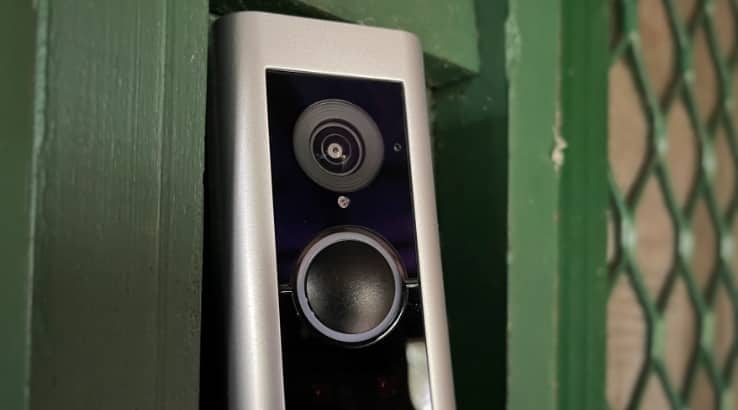 However, that also relies on the satellite image being all that useful. It logically wouldn't be for most apartments, but even for my freestanding house, it didn't prove that great. The satellite image it uses is rather out of date, and that means that it thinks my house is surrounded by trees, many of which are no longer there. Having a movement path that looks as though Tarzan may be swinging through a few trees isn't that functionally useful.

Ring is a wholly-owned Amazon subsidiary, so it's no surprise that the Ring Video Doorbell Pro 2 works seamlessly with Amazon's Alexa devices, especially those with displays such as the Echo Show 10 3rd Generation.

The Ring Video Doorbell Pro 2 even has a new Alexa trick to play because it's technically capable of using Alexa to greet visitors if you don't do so yourself. That does have scope for you to leave specific messages for delivery people, friends or family if you have to head out unexpectedly – as long as you're happy with Alexa's rather robotic tone. Ring calls this Alexa Greetings, but there's a big catch right now.

Alexa Greetings isn't available as a service outside the US, so while the Ring Video Doorbell Pro 2 has the inbuilt tech, you can't actually use it in Australia. It should be part of the Ring Protect subscription, but it's noticeably absent. Slightly more preferably in a local sense, it also appears that Ring doesn't engage in the same police video sharing or forced "neighbour" video sharing in Australia either, a practice that has drawn criticism in the US for rather obvious privacy reasons.

Should you buy the Ring Video Doorbell Pro 2?

The Ring Video Doorbell Pro 2 is easily Ring's best doorbell camera to date in a technical sense. Its video recording is smoother, motion pick-up is better and notifications work faster, all of which are what you'd want in a smarter video doorbell.

However, the Ring Video Doorbell Pro 2 does carry a price premium, both outright, in installation terms if you opt to use an electrician and in ongoing subscription terms. If you want a more flexible Ring, many will do just fine with the existing and slightly more flexible battery-based options.

The Ring Video Doorbell Pro 2 retails in Australia for $429.