Capcom brings it home in the series’ best since Resident Evil 4.

After the steady decline in quality that followed the remarkable Resident Evil 4, many welcomed the announcement of Resident Evil 7 with the same level of enthusiasm you would allow a new Resident Evil movie.

That was before we started to see a little more first-person gameplay from the game, and eventually a much longer stay at the Chateau de Baker. As the pieces started to form, like an infected regenerating its limbs, Resident Evil 7’s stripped-back premise, VR integration and old school sensibilities began to show promise.

Resident Evil 7’s final form is a game that will sate the undying hunger of survival-horror fans with a fresh plot and terrifying cast, even if it does regress back to its old tropey ways from time to time.

The first thing Resident Evil 7 gets right is sitting you down, shoving something horrific in your face (literally) and more or less saying “try and get out of this one alive”. Our main character is a battered and bruised everyman searching for a missing friend. He’s not a tricked-out, military-trained BSAA (Bioterrorism Security Assessment Alliance) agent. He’s just a dude in above his head who is confused and terrified, which makes it easier for you, the player, to feel the same way.

Confused and terrified is exactly how you will feel when confronted with the certifiable Baker family. Though it’s clear from the start there’s something more sinister driving their actions, the southern-fried hillbilly family are without a doubt the scariest and most interesting part of Resident Evil 7. 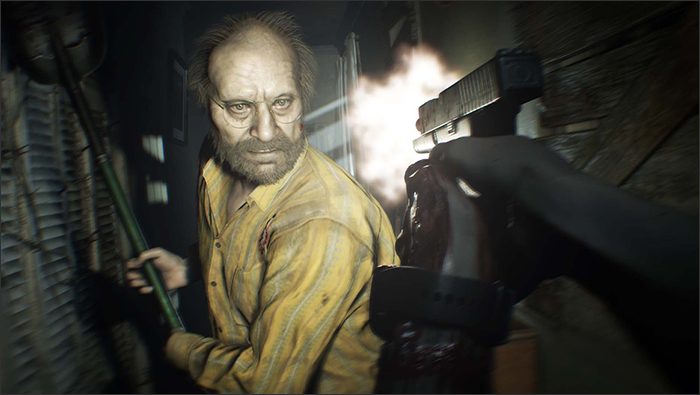 From the moment you set foot inside, the Bakers begin hounding you up and down hallways, seemingly unstoppable forces that can surprise you without a moment’s notice. When they’re creeping, Mama and Papa Baker’s paranoid ramblings can be truly unnerving and when they’re up in your face, they leave you panicked and shaken. That’s true for at least two of the Bakers. Marguerite and Jack are proper scary. Like a menacing Granny and Jed Clampett, they stalk the hallways after Ethan the main character, enraged at his refusal of the “gift” they offer.

The son, Lucas, is less threatening. Some over-the-top voice acting contributes to his caricature of a hillbilly that’s more Foghorn Leghorn than it is Deliverance. It’s actually quite distracting and takes the wind out of Resi 7’s sails during certain chapters.

Early on, your arsenal consists of a pocket knife and a handgun with a very limited supply of bullets. It becomes apparent quickly that a bullet is a bee-sting to the Bakers and your only option is to hot tail it and find a suitable hiding space.

These suspenseful moments usually build to a crescendo; a confrontation with a certain family member that requires you to think on your feet. Early showdowns outshine later battles by a quarter-mile. While you build an arsenal that wouldn’t be amiss in any other Resi game (handgun, shotgun, flamethrower), to begin with they’re mostly used to hold the threat at bay while you figure out a more effective method for disposing of your enemy.

As the game saunters along, and you build an arsenal like a Katamari ball rolling through a military base, the boss battles throw out these unique approaches in favour of brute force. Sooner rather than later, you’re simply pumping bosses full of bullets. In fact, the game never really hits the same high as the first boss battle ever again.

Thankfully, the game still retains some of the anxiety of more claustrophobic sequences even when you’re running and gunning. This is thanks to some survival-horror traditions, like limited ammo, paced movement and slowed aiming. Going straight from Titanfall 2 to Resident Evil, I was a bit put off by the running pace. It even felt a little unrealistic. I can guarantee you, if I’m being hunted by an invincible psychopath, I would break the sound barrier.

It doesn’t take long to realise that Ethan’s pace is essential to the horror experience and that the game wouldn’t be the same without it.

The Deep South setting the Bakers call home is as much a character as the family itself. When I first set foot in the grimy marshlands, I was surprised at how polished the environments looked. The warm yellow sun beats down through a canopy of overhanging trees as overgrown insects flutter by; the thick, sultry air is palpable. When day turns to night, the sticky atmosphere remains. Thanks to Resident Evil 7’s top-notch sound design, the most subtle noises – a distant cricket or the creaking of weathered floorboards – evoke a consistent feeling of unease and discomfort. It’s the perfect setting for a horror game. 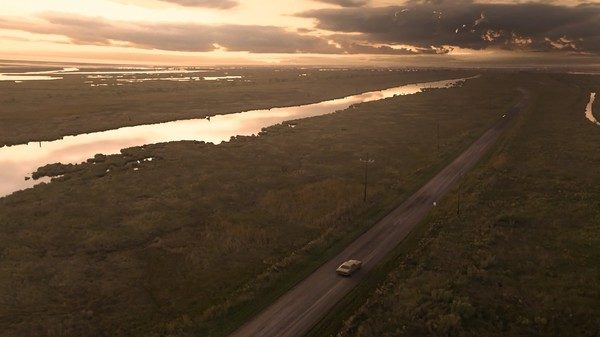 For a good part of the game’s final third, we’re transported to another location and RE7 ends up a little worse for it. Without going into too much detail about where that is exactly (story spoilers), it just doesn’t have the same fetid feel as the Baker’s pride and joy and I found myself missing my crazy kidnappers (Stockholm Syndrome, perhaps?).

With the change in environment comes a shift in tone and story as well. As this is a core Resident Evil title, it has to in some way tie back into the rest of the series. I can respect that. But as it returns to its roots and the story’s mystique is pulled away, the game’s suspense dissolves in a puddle of infected goo.

Outside of the Nemesis-like Bakers, the main cannon fodder in Resident Evil 7 is the Molded. The Molded are more reminiscent of where Resident Evil has been heading in recent years with its enemies. Essentially anthropomorphic lumps of black sludge, the Molded are there to give you hell in between confrontations with the Bakers. There are 3 main types of Molded: the common lumbering Molded, the spry quadrupeds reminiscent of lickers (sans razor-sharp tongue), and a bullet-sponge tank that spits acid and explodes upon death (not unlike the bloaters from The Last of Us). Otherwise, those three character models are copied and pasted throughout the entirety of the game. 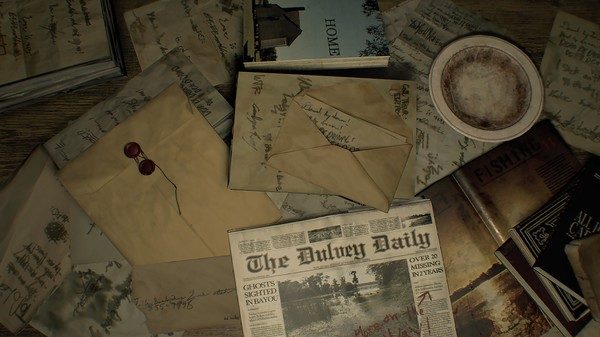 That said, without the Molded you would have no excuse to use your ever-increasing cache of weapons. I’m not dissing their inclusion, but I am dissing their design. They’re simply not as scary as the human threats and I can’t help but feel the game would have been better off making its most common enemies more like traditional zombies. Scarier still, more like the somewhat sentient zombies from Dying Light.

We reviewed Resident Evil 7 Biohazard on PlayStation 4 with a copy provided by the publisher.

Resident Evil 7 will pull you in close with its twisted characters and mucky mansion. In some ways, RE7 could nearly be considered a reboot and I’m kind of hoping its success gives Capcom the confidence to entirely renovate the series in its next title.
While I do wish Capcom had gone all in with its idea of regenerative rednecks, there are plenty reasons I’ll be extending my stay at the Baker ranch. Secrets to uncover, puzzles to solve and an extra-difficult Madhouse mode, Resident Evil 7 is the first game since last year’s Dishonored 2 that I’ve been truly compelled to play through again.