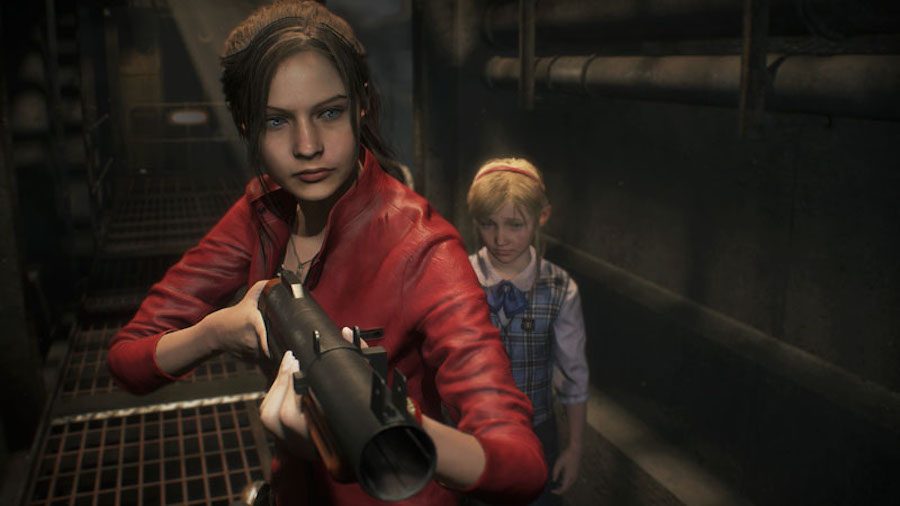 Respectful treatment of the living impaired.

I was raised, nay traumatised into adulthood by the Resident Evil series. The original caught the curiosity of an entire generation of gamers, but it was the followup that truly blew my mind, like a walker taking a magnum blast to the melon.

And really, how could it be received otherwise with the bullet points it had? Two characters! Twice the terror! Sweet unlockables including a playable tofu mode?! 1998 is on record as being one of the best years for gaming releases, and at the top of that totem pole was Resident Evil 2. With this remake you get the feeling Capcom has fully (and finally) recognised its cultural importance.

Forget the false notions that I had going into this. More often than not, when Capcom reissues a Resi, they do a minimum effort job – upscale to 1080p, new control scheme, trophy support, etc. Resident Evil 2 Remake earns its moniker. Moreover, it feels like a whole new game entirely. My 1998 self could simply never have wished for, nor even conceived, playing a rotting-corpse-infested game this beautiful. If you have any shred of fondness for the original article, you really need to stop what you're playing now and circle back immediately.

On the surface, you're looking at the same old synopsis. Rookie cop and part-time hair model Leon S. Kennedy tries to rock up to his first shift at the Raccoon City Police Department. En route, he's attacked by a horde of shamblers who are trying to make a sandwich of out of one Claire Redfield (sister to a famous S.T.A.R.S. Operative, the city's version of SWAT). Foolishly resuming Leon's commute by driving into downtown Undeadsville (population: everyone), our two heroes become separated by a fuel tanker explosion outside precinct headquarters. Thus begins a desperate quest to keep off the menu and navigate the world's most confusing cop shop. So far, so familiar.

What is new is basically everything else. The most obvious upgrade is the phenomenally good looking RE Engine. Back in the early days of FMV (that's "full-motion video" to you younglings) Capcom regularly knocked us on our asses with pre-rendered CGI cutscenes that showed us graphics we KNEW gaming systems could never be capable of. Today, in 2018, the scenes on offer here made me think the same (even though I now know better). The attention to detail and the stylish direction on display in RE2R is the stuff of Hollywood. The only thing holding this back is the slightly cheesy dialogue. But hey, you'll get that. This is essentially an interactive B movie. 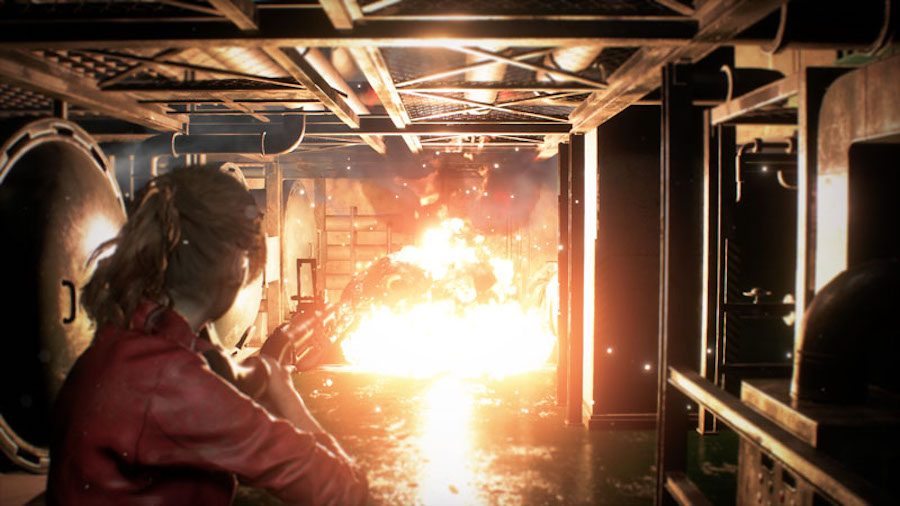 The in-game visuals have received way more than a spit-shine as well. Action in ye olde Resi 2 consisted of a bunch of blocky polygons (those vaguely represented people) overlaid onto hideously blurry 2D matte backgrounds. Like all good horror films, most of the tension came from what you couldn't see. Fixed camera angles often worked against you by obscuring off-camera freaks who might only be a metre away. RE2R ditches this approach for full 3D environments and a claustrophobically close "over-the-shoulder" camera that's not unlike the one in Resi 4. Nowadays, the limited vision fear-factor is delivered via a truly impressive light and shadowing system. The power is almost always out in new areas, and your standard issue flashlight pierces the stygian blackness like a half-dead penlight.  Couple that pants-soiling atmosphere with Resi's patented low-ammo gunplay and you've got what I like to call a "sit forward game". Though the ancient tank control scheme of the original has been done away with, new mechanics have been layered in to empower the walking dead. Moving and aiming at the same time will throw your aim off a little. Switching to sub-weapons and reloading them has to occur during real-time animations (no more pausing the action and getting it done, magically, in your inventory). Also, the brain-munchers have a new habit of outstretching a headshot-blocking hand out towards you.

You never really stop being on the edge of your seat. Every room of this labyrinthine station could hide some nameless, skinless horror, a puzzle clue etched onto a wall or a pickup you desperately need. Regarding the latter, expect to be constantly out of inventory space and bullets; agonising over your need to scoop up wooden boards to prevent zombies smashing in, herbs to heal yourself or gunpowder to mix into bullets. 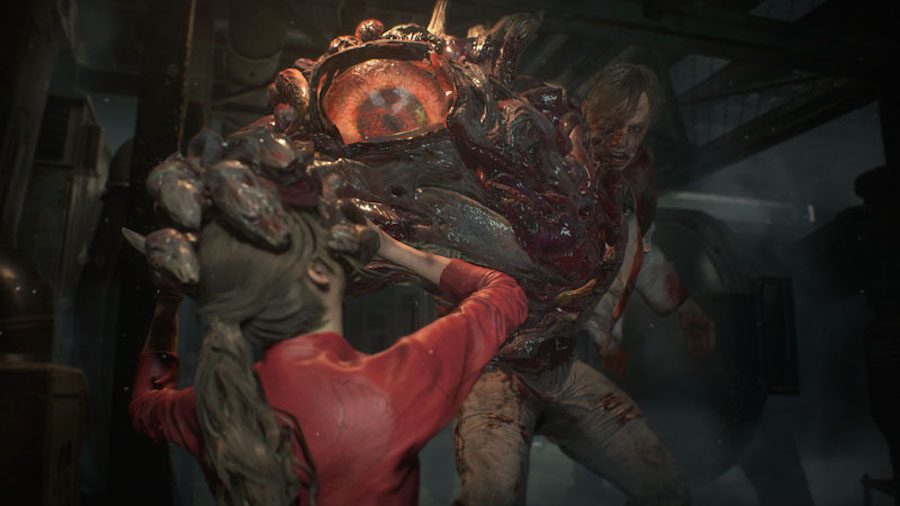 Speaking of, maniacs who play this on the hardest two difficulties will also need to save some pocket space for ink ribbons, the only means to save a game when you find a typewriter saferoom. RE2R offers Normal and Easy players some mercy with unlimited saves and auto-checkpointing before certain lethal encounters. That said, being able to easily respawn for a second attempt at a tough section more or less kills this experience. Do yourself a favour and play it on Hard as intended.  When it comes to downsides, this package has very few. The boss battles can seem a little unfair in spots, thanks to one-hit-kill scenarios. I also didn't find myself particularly warming to the voice actors who replace Claire and Leon (they certainly don't phone it in or anything, I just prefer the original cast). Lastly, the inclusion of a tyrant (known as Mister X) feels a little out of place for franchise purists. That gameplay element was introduced in the followup, 1999's Resident Evil 3: Nemesis. If Capcom decides to remake that title (and they probably will, off the success of this quality production) it's going to rob RE3 of its most important and distinctive element.

Beyond those nitpicking gripes, Resident Evil 2 Remake is a shining example of how to respectfully resurrect a classic video game. Like a group of brilliant Umbrella Corporation employees, the scienticians at Capcom have concocted quite the T-virus during R&D and have used it to successfully reanimate a corpse long thought dead.

Hell, they've gone well beyond simple resurrection to create a disgustingly pretty mutant hybrid. This is its own beast and frightening effective at what it does – scaring the absolute bejesus out of people.

We reviewed Resident Evil 2 Remake on PlayStation 4 with a copy provided by the publisher.

You couldn't ask for a more lovingly produced remake than this. Like a virus, Capcom has successfully extracted the most potent bits of the original and injected it into a modern host. The experiment is a gorgeous, gory success.