Research finds business finance hasn’t been this hard since 2014 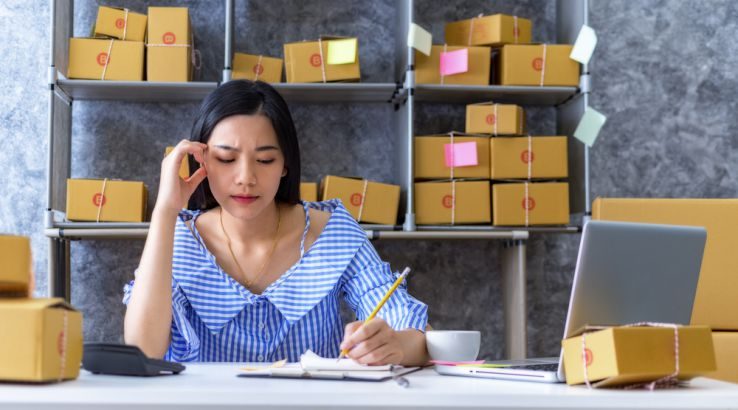 Smaller businesses in particular are finding it hard to access finance.

The quarterly Sensis Small Business Index has been released for June 2018 and small- to medium-sized businesses (SMBs) are finding it more difficult to access finance than they have for a number of years. In fact, things haven't been this difficult since September 2014, according to the Sensis.

The Sensis is comprised of a survey of SMBs across Australia, with results providing a snapshot of business confidence for that quarter. The survey tracks business activity, expectations and overall confidence for the past three months. According to the results, the number of businesses that recorded a positive outlook on obtaining finance was outweighed by the number of businesses with a negative outlook. This "net balance" of -3 was the first negative score recorded in almost 4 years when it was -9. 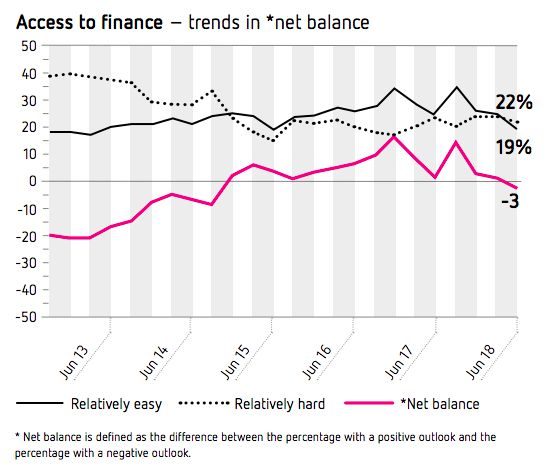 SMBs in Western Australia found it the hardest to access finance, recording a net balance score of -20. This was followed by New South Wales (-6), the Northern Territory (-6) and Victoria (-5). Only two states recorded positive balances, Queensland (+7) and Tasmania (+23), while South Australia and the Australian Capital Territory recorded neutral balances. 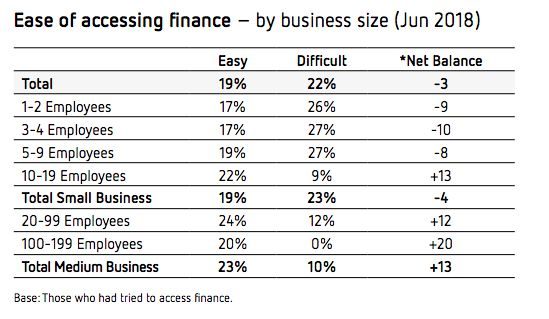 However, the general trend of finding it difficult to access finance has not had an effect on business confidence overall.

The net balance score showing the overall confidence of Australia's SMBs has increased seven points this quarter to +49. The survey found 62% of SMBs were feeling confident about the year ahead, while only 13% were feeling worried.

If you're not sure where to start with small business financing, check out our guide to finding financing for every business stage.