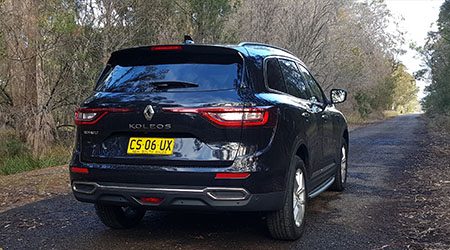 A different universe to the first-generation Renault Koleos

In the market for a European SUV but aren't willing to part with an arm in order to afford one? The Renault Koleos range starts at a competitive $30,990.

The Koleos shares the underpinnings of the Nissan X-Trail, as a result this French SUV is built in South Korea and then shipped to Australia. But Renault has ensured that it has left its unmistakable design language all over the Koleos.

On the outside, the Koleos looks quintessentially European. It's rather dapper and elegantly penned. When I picked this up, I could just imagine it cruising through Sydney's eastern suburbs without looking out of place.

While there is a bit less to talk about at the back, it still has a sophisticated form and appears to be from a different universe to the first-generation Koleos.

Styling is very much a matter of opinion though, so let us know what you think in the comments section below. 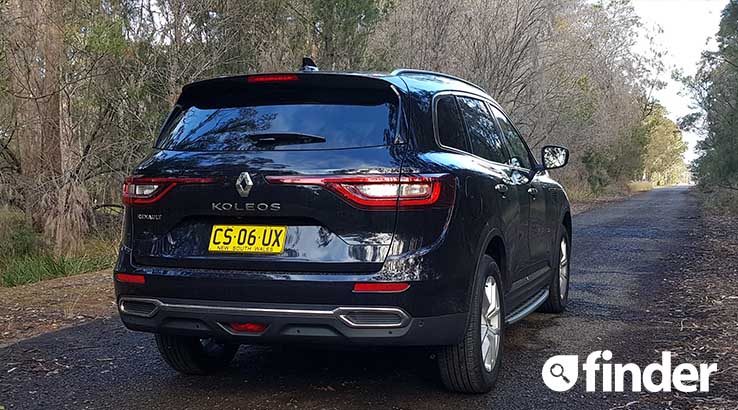 The Koleos' heart is a 2.5-litre, naturally aspirated, 4-pot petrol engine that produces 126kW and 226Nm of torque.

Power is routed to the front wheels via a continuously variable transmission (CVT). The combination is pretty good and while it gets up to speed fairly well given its moderate output, you can sense it protesting the entire way.

Renault claims an average fuel consumption of 8.1L per 100kms and during our time, we found that to be fairly accurate. While we saw a slightly higher 8.4L per 100kms, we're sure if Sydney weren't so full of other pesky drivers trying to go places, we would have achieved that number.

You get vegan leather seats and most touchpoints are appointed in soft-touch material. It doesn't share that super premium feeling interior that you would expect from a European SUV, but at the same time, it doesn't share the price tag either.

The Zen model features a seven-inch R-Link 2 infotainment system which can be fiddly to operate at times and on occasion has a mind of its own, jumping back to the home screen. But the inclusion of Apple CarPlay and Android Auto smartphone mirroring helps to smooth this over.

Renault installs two USB ports in the centre console bin, though there are none in the back, so you may need to invest in some longer charging cables for the kids, or get them a book.

There are some oddities you would expect from a Renault such as the cruise control buttons living in between the two front seats.

Back-seat passengers benefit from plenty of space. With the driver's seat adjusted for my six-foot frame, there was ample room between my knees and the seatback – I could stretch out. They will also enjoy directional air conditioning vents to keep cool, as well as two cup holders and a decent amount of door storage. 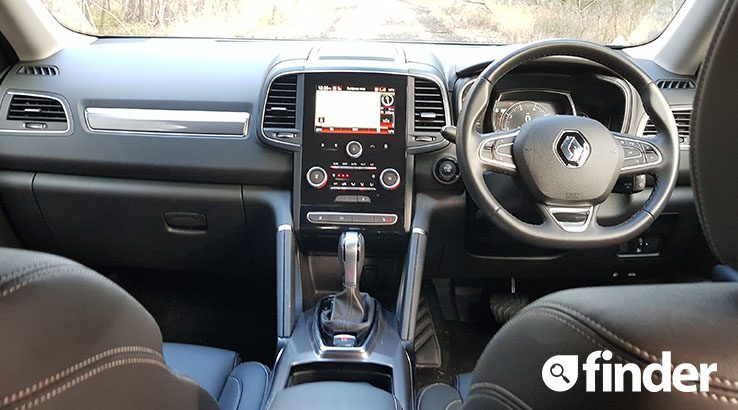 Thankfully we didn't have to use the AEB or collision warning system, though you won't hit anything when parking as the sensors are, well, sensitive. In tight car parks where I normally get the occasional beep, the Koleos tended to go off its tree.

While the beeps and continuous ring can get irksome, it does ensure you're alert and won't hit anything.

How is the Renault Koleos on the road?

The ride is pretty pliable and the suspension set-up does a good job of sorting out rougher roads. We did notice that with sharper jolts, the vehicle does seem to jump off track.

Steering is on the lighter side and generally, I am not a fan on this, but on this particular car, it works. Don't ask me why, it just seems to suit it.

The faux leather seats are comfortable and we didn't have any problems sitting in them for extended periods.

I'm not sure if it's just me, but I get paranoid about electronic handbrakes. I lock, unlock and check any given vehicle at least three times before I feel comfortable enough to leave it anywhere. I didn't have any such problem with the Koleos Zen, which flicks the handbrake on the second you shift into park.

When purchasing a Koleos you will get a five-year, unlimited kilometre warranty as well as capped price servicing for the first three services. These will set you back $349 each with maintenance intervals of 12 months or 30,000kms, whichever occurs first.

If you choose to have your vehicle serviced within the Renault network you'll be eligible for up to four years' roadside assist.

Surprisingly, there is a full spare wheel too, which is a bit like striking gold these days. It's a great inclusion.

The Koleos also has a two-tonne braked towing capacity. 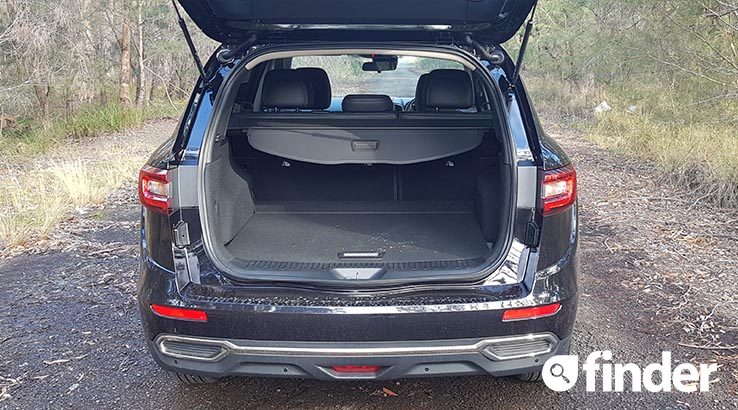 While the ride and performance may not be that of other European SUVs, you do get stylish looks and a nice interior. At $35,490, only you know if that matters.

I'd suggest heading to a dealership and testing it out. Pay attention to the infotainment system, the rest of the car you can get used to. Also, sit in the back, you'll be surprised with the space.

Compare some options to finance a Renault Koleos Zen