Your guide to buying a mobile phone with a removable battery

Mobile phones that include removable batteries are few and far between these days. Here's what you need to know if you're keen on battery swapping phones.

At one point, pretty much every single mobile phone had a removable battery. That was back in the days when Snake was a cutting edge game, and we all got by with text entry on number pads, however.

The emergence and explosive growth of smartphones changed all of that. Apple was the most obvious and early proponent of sealed batteries in phones, with every single Apple iPhone having the battery sealed within.

Makers of Android phones were slower to adopt the trend of sealing in their batteries. If you were a fan of Samsung's Galaxy phones for example, up until the Galaxy S5 all you had to do was pop off the rear cover and you could change out the battery at will.

Newer Galaxy models, and indeed most other Android phones have now switched over to sealed batteries. In some cases that's to enable features such as water resistance, but for the most part, it's simply a matter of making them cheaper to build and less prone to wear and tear from consumers taking the battery in or out.

Why aren't all phone batteries replaceable? 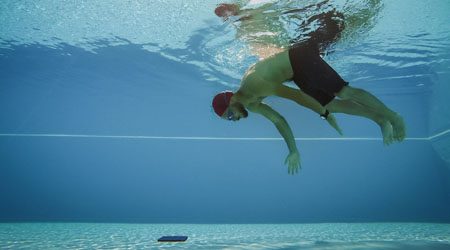 The most prominent reason why manufacturers make sealed battery phones is that it allows them more room to specifically style the phone. When you're making a device that's meant to live comfortably in a pocket or purse, every millimetre counts.

Adding the ability to remove a battery means you've got to have the compartment for it to easily slide in and out, as well as contacts that can handle the friction of thousands of removal cycles. A sealed battery can have contacts fused in place with little fuss and much less overall needed space.

There's also a safety consideration at play here. If you can swap out a battery, you might do so with a third party battery of dubious provenance. That could lead to electrical faults within the phone that could damage it, or in certain cases you. Neither is a desirable situation to be faced with.

You do have some options if you're dead set keen on having a phone that allows you to swap the battery in and out at will, but it's absolutely at the simplest end of the market. Entry level phones such as the Nokia 8810 4G do still come with a removable and replaceable battery. It's not uncommon in the "feature" phone market to still see removable batteries, but you'd be hard pressed to find a smartphone with one, even if it has a removable and replaceable back plate.

Can I put any battery in my smartphone?

Aside from the obvious questions of a suitable fit, it's well worthwhile ensuring that if your phone does support a removable battery that your replacement properly matches your exact phone model. This is true whether you're using it to extend daily battery life or as a full scale replacement for an older battery that just won't hold a charge any more.

Ideally you should opt for a genuine replacement battery rather than a third party model. While third party batteries will be cheaper, as a consumer you have no real facility to assess the quality of a third party battery, and may encounter significant issues with warranty repair or replacement, especially if a battery mishap causes actual damage to your phone.

My phone doesn't have a removable battery. What options do I have?

If you're using a phone that doesn't have a removable battery and you're finding it hard to get through the day without your phone battery conking out, you do have some options open to you.

The simplest and cheapest (where practical) approach is to ensure that you've got a charger with you at all times and can leave your phone on charge when you're not using it.

You could even get fancy if your phone supports wireless charging and leave a wireless charger on your desk or bedside, so that you don't even have to plug it in. 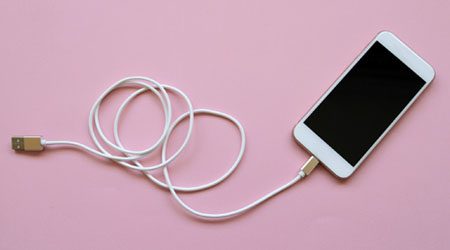 What if I think my phone battery is faulty?

If your phone simply won't hold a charge like it used to, it's well worth contacting your phone's manufacturer to see if they offer a battery replacement service.

Within a reasonable timeframe this should be a free service under Australian consumer law. There's no specified timeframe for that kind of thing, because goods have to be "fit for purpose" and battery failure should count against that. For any phone older than 12 months you may find that they request payment from you for this kind of service.

Check out our review of the nostalgia-laden Nokia 8810 4G - complete with removable battery!