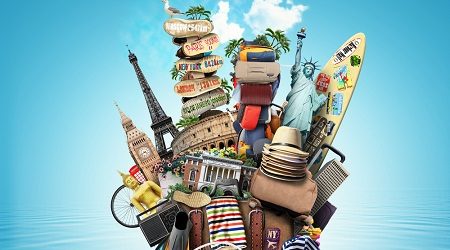 Travel insurance rules continue to change as a result of the pandemic. Some information may not be accurate at this time. It’s even more important to double-check all details that matter to you before taking out cover. Please note:

Finally, some good news! Travel is picking up, so some insurers have started offering cover again. Just remember, you won't be covered for any pandemic related claims if you do take out domestic travel insurance.

Aussies love to explore their own backyard. The trend for domestic holidays is currently growing at the fastest pace on record and has again surpassed growth in international trips, according to new research.

But one of the most interesting figures is the accelerating trend for visiting regional holiday hotspots. Growth in travel to regional destinations was almost double (9.1%) the growth rate of holidays to capital cities (5.9%).

The report also highlights the robust growth in air traffic to regional (9%) and leisure (10%) areas over the last three years. Comparatively, inter-capital routes grew at around half the pace (5%) over the same period.

When it comes to the most popular states, Western Australia (13%) and the Northern Territory (37%) recorded double digit growth in the number of visitor trips received.

Regional areas of WA grew visitors by 17.3% in the last 12 months, with the south west (22%) taking the lion's share of tourism.

In Victoria, regional tourism (8.1%) grew steadily over the last year, with Gippsland (26%) and the High Country (22%) witnessing the highest levels of growth.

Tropical North Queensland saw a 3.3% boost in arrivals as a result of recently introduced Singapore flights and additional travellers from Shanghai and Hong Kong.

Favourable currency conversion rates led to Japan being one of the more popular outbound destinations, while travel to both Turkey and France fell, owing to security concerns.

When planning your next domestic or international holiday be sure to compare all the different types of travel insurance to make sure you find the best option available.