Reactions to Nimble and what is says about Australian lending | finder.com.au

The reaction to Nimble and what it says about Australian lending 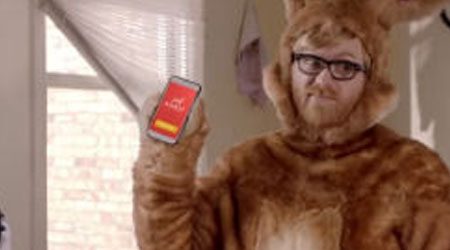 Finding middle ground in payday lending and the case of Nimble.

Payday lender Nimble will refund more than $1.5 million to 7,000 of its customers after failing to meet responsible lending obligations, after being caught out by the Australian Securities and Investments Commission (ASIC).

The ASIC probe found that Nimble failed to:

The backlash from the media was swift and largely negative and raised an important question: With ASIC striving for increased awareness and protection for consumers, does the media response to Nimble create a culture of misinformation and hostility for paydays?

In the interest of borrowers

While media sources have taken various stances on ASIC's release, the tone was generally negative and short-sighted in regards to payday lending.

One quote that encompasses this "payday loan bashing" view from a media outlet:

Payday loans. Sketchy micro-financing that skirts the border of ethics and relies on entrapping the poor and desperate in a seemingly endless cycle of interest and repayment in order to thrive.

There is a definite persistence in this stance and a readiness of commentators to jump on the negative bandwagon with little probing deeper into issues.

Payday lenders are often characterised as loan sharks who chase down the financially vulnerable. However, borrowers who resort payday loans are often ineligible for traditional banking products due to bad credit or low incomes. Sometimes these borrowers just need to access finance faster than a traditional bank can deliver. While there are alternative services such as loans provided by Good Shepherd Micro Finance, accessibility is somewhat limited due to eligibility criteria and a slower turnaround.

One blog Exposing Nimble – Dumb Little Loans: Deceptive Little Company, published in March 2014, criticised Nimble's use of a "monthly fee" in lieu of an interest rate as being misleading to consumers. However, the use of a fee rather than interest is actually an ASIC requirement, and lenders such as Nimble have to comply. The article incited much discussion and is still attracting comments as of March 2016.

Another issue touched on by the media was the algorithms relied on by Nimble and other payday lenders. What's important to note is that ASIC did not find any fault with the use of algorithms to approve loans, but rather that the algorithms did not properly take consumers' financial information into account.

Payday lenders have long been trailblazers in the fintech space, making use of services such as Yodlee and Credit Sense, to do in hours what takes banks days. In a recent talk at Stone & Chalk, Clayton Howes from MoneyMe explained the importance of using data to deliver a fast application and make quick decisions. He identified MoneyMe as a technology business that has chosen to operate in the financial market.

Payday loans are not in the state they were two years ago since ASIC tightened regulations. Believing that "all payday loans are bad" is myopic. An interim report released by the Treasury explained how payday loans "can be useful for consumers when they are used as an emergency source of funding for one-off expenses." To work in the interests of borrowers, alternative sources of credit that are both accessible and viable must be recognised as legitimate.