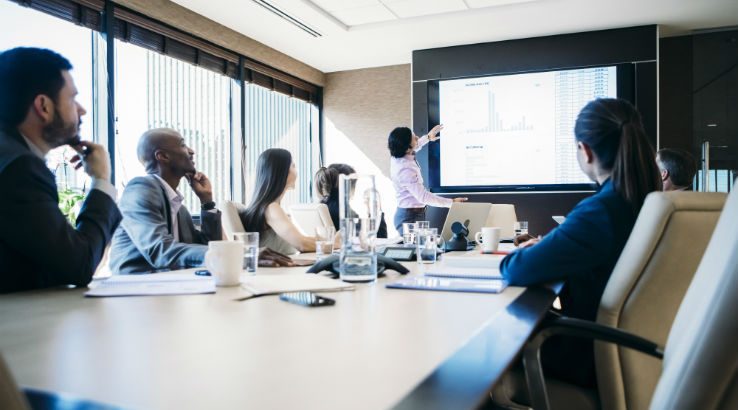 Let's take a closer look at the economic effects of COVID-19, the purpose of the cash rate and the RBA's policy response to the crisis.

The Reserve Bank of Australia has made an extraordinary second cut to the official cash rate in one month, bringing it down to an incredibly slim 0.25%. Lenders have already announced they will be lowering variable home loan rates in response.

It's an extraordinary move in response to global economic uncertainty off the back of COVID-19. And the RBA has announced other policy options beyond a rate cut, including a program of quantitative easing (QE).

Here's a concise, easy-to-understand guide to the RBA's policy responses to the coronavirus and their potential effects on the Australian economy.

Why is the RBA cutting now?

The Reserve Bank has a scheduled meeting on the first Tuesday of every month (except January), where it makes a decision to either cut, raise or hold the cash rate. Prior to June 2019, the cash rate held steady at 1.50% for over 2 years.

A string of recent cuts saw the official cash rate fall to 0.50% as of 3 March this year. And while another cut was anticipated in April at the next meeting, the RBA instead chose to schedule an emergency meeting and cut again this week.

The reason is simple enough: the 7 April meeting is largely an arbitrary date and the current global economic woes justify a further cut now rather than waiting almost four weeks.

The RBA had further motivation to cut fast when the US Federal Reserve cut its official cash rate down to zero on Sunday, in a drastic, out-of-cycle move to help prevent the country sliding into a recession.

The Reserve Bank of New Zealand followed on Monday, slashing its official cash rate from 1.00% down to 0.25%.

COVID-19 and the current state of the global economy

COVID-19 has wreaked havoc on the global economy. As of 4pm Thursday 19 March, the benchmark S&P/ASX200 was sitting at just 4774 points. Towards the end of February, less than one month prior, it was hitting record-breaking highs of above 7,100 points. This represents a sharp decline of over 30%, and it doesn't look to be stopping any time soon.

We're seeing similar drops in global share markets, too. The S&P 500 Index, which tracks the top 500 companies listed on US stock market exchanges, has crashed more than 25% from its previous highs only a few weeks ago. This puts both the Australian and US markets in bear territory for the first time in more than 10 years.

Pretty much every single company in the ASX200 index is in the red, although some have been hit worse than others. Unsurprisingly, tourism and travel-related shares are taking a huge beating, with Sydney Airport (ASX:SYD) down almost 50% since its late-December highs to its lowest price in almost 5 years.

Travel company Flight Centre announced last week that it will be closing 100 stores, and Qantas has grounded almost a quarter of its flights already. With these moves, it's not just the share price that's impacted; a large number of people will also potentially lose their jobs (if you're facing the threat of losing your job, read our guide on how to prepare for the possibility of unemployment).

The retail sector is also bracing for more tough times ahead. We already just witnessed the worst ever December to January retail-spending period, due in part to the summer bushfire crisis that gripped Australia's east coast for several months.

Now with the ever-evolving threat of coronavirus in Australia and social distancing measures ramping up, consumers will continue to avoid crowded shops as we self-isolate in our homes. And if Australia ends up down the same path as Italy, we could see the government force all non-essential stores, cafes and restaurants to close.

What is the RBA's role in stabilising the Australian economy?

The Reserve Bank of Australia, in its own words, "serves the Australian people by conducting monetary policy, maintaining stability in the financial system and promoting efficiency and competition in the payments system".

As such, it has two clear goals: maintain "low and stable inflation" and reach a target of full employment.

Setting the official cash rate is part of this strategy. The cash rate determines how much interest is charged on loans between banks. In booming times, a higher cash rate can act like something of a brake to slow things down.

In weaker economic circumstances (like now), a lower rate makes money cheaper to borrow. This can boost spending and investment, encourage lending and spur inflation to grow within the target range. As the cash rate falls, it tends to increase property prices as mortgages get cheaper and credit becomes more available (it's harder to buy a home if you can't get a loan).

But the RBA has more policy tools than the cash rate, and it's using them.

What else is the RBA doing?

The RBA has already cut the official cash rate several times over the past 12 months, but with a current cash rate of just 0.25%, there's not much further it can go.

Along with the cut, the RBA announced that it would implement quantitative easing. QE is a last-case-scenario initiative to help boost the economy and is something the bank has never tried before.

QE is the process of pumping more money into the economy, which the RBA will do by purchasing government bonds from banks and other corporate investors who own them. This increases the supply of money in the economy, freeing up those banks and investors to spend elsewhere.

The RBA has said it will go even further, selling the purchased bonds at a higher price and buying them back from the investors who purchase them. This is called a repurchase (or "repo") operation and it's a way of pumping further cash into the finance markets. The bank will conduct one and three-month repo operations daily, and six-month repo operations weekly for "as long as market conditions warrant."

With interest rates on mortgages falling, Australians should see their repayments reduce, meaning they'll have more cash in their bank accounts to spend. This is the goal: to give more Australians more cash to spend, helping to boost the economy as a result.

But the RBA isn't the only organisation responsible for staving off recession, the government has a role to play too. Last week, the government announced a $17.6 billion coronavirus stimulus package, which would see millions of Australians receive a $750 cash payment.

Again, the idea here is that by giving Australians more money, we'll go out there and spend more. But with everyone self-isolating at home and supermarket shelves stripped bare, shopping during the coronavirus epidemic can be a challenge in itself.