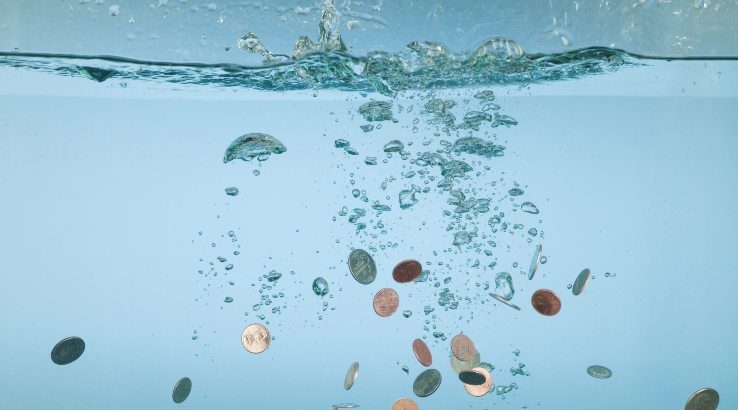 The official cash rate is now 0.25% after an emergency meeting of the Reserve Bank.

The Reserve Bank of Australia (RBA) has taken the remarkable step of making an unscheduled cut to the official cash rate. The surprise move comes weeks ahead of the next board meeting on 7 April and just two weeks after the previous cut.

The cut takes the cash rate down to the record low of 0.25%. The decision is a result of continued economic decline as the COVID-19 virus spreads across the globe, causing fatalities, illness, travel restrictions, widespread quarantine efforts and rattled stock markets.

In a speech following the decision RBA governor Philip Lowe said: "The primary response to the virus is to manage the health of the population, but other arms of policy, including monetary and fiscal policy, play an important role in reducing the economic and financial disruption resulting from the virus."

In addition to the cut, the RBA has committed to a series of bond purchases. In other words, quantitative easing. The measures include purchasing bonds in the secondary market, a "term funding facility for the banking system, with particular support for credit to small and medium-sized businesses" and short-term repurchasing or "repo" operations to provide extra cash to Australia's finance markets.

The RBA's move comes as both the US Fed and NZRB cut their respective cash rates down to 0.25%.

The unexpected rate cut is a significant step. Even during the worst months of the 2008 global financial crisis the bank stuck to its traditional first Tuesday of the month schedule.

Perhaps more significantly, the cash rate has never been lower. This is now the fifth cut to the cash rate since June 2019, a cumulative reduction of 1.25 percentage points. And we're one cut away from 0.00%.

While the cash rate is not the only weapon in the RBA's arsenal it is the one that's almost completely out of ammunition.

The cash rate is the overnight interest rate charged on money lent between banks. It has a direct effect on the cost of funding variable rate home loans. But it's bad news for people relying on interest from savings accounts, because it means lower interest rates. The point of the cash rate is to keep cash flowing through the economy to help with the RBA's inflation target and full employment goal.

A cut can make some home loans cheaper. If a lender has a variable loan with a rate of 3.00%, then a 0.25% cut to the cash rate means it could cut its loan's rate to 2.75%. Of course, lenders aren't obligated to pass on the full cut, or any of the cut.

But many lenders do, and the lower rate means cheaper variable mortgages across the market. Consider that the lowest variable rate mortgage in Finder's database in May 2019 was 3.48%. Five cuts on and we're now looking at home loan rates falling as low as 2.24%.

But the point of the cash rate isn't just to prop up house prices and keep people borrowing. The desire is to keep cash flowing through the economy to help with the RBA's inflation target and full employment goal.

And with the ongoing economic effects of COVID-19 hitting those targets is going to be increasingly difficult.