Aussies really love to tap and pay, and we’ve all but abandoned cheques 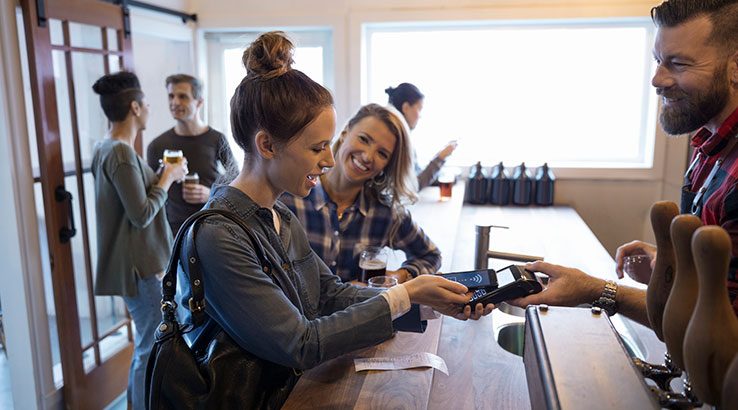 Cheques are likely to become obsolete as we embrace new payment technologies.

The introduction of new payment technologies and our quick take-up of the tech have led to a decline in the use of cash and cheques, according to Reserve Bank of Australia (RBA) governor Philip Lowe. In an address to the 2019 Australian Payments Network Summit, Lowe said the introduction of significant technologies such as Australia's new payments infrastructure the New Payments Platform (NPP) and tap and go and mobile payments have led to a change in the way Australians make payments.

"We now have greater choice than ever before and payments are faster and more flexible than they used to be," Lowe said.

Transactions on the NPP, which allows consumers and businesses to make near-real-time payments between different banks with richer data, have started to pick up after a slow start. Transaction volumes and values on the platform have tripled each month over the past year, with the NPP now processing an average of 1.1 million payments each day. Lowe says he expects a further pick-up in this usage once CommBank has delivered on core NPP functionality for all customers, the slow rollout of which he is "disappointed" by.

The RBA also identified the take-up of tap and go as a significant change in payments. Currently, 80% of all transactions at point-of-sale (POS) are tap and pay. Lowe notes this is a much higher amount than in most other countries.

"This growth has been made possible by the acquirers rolling out new technology in their terminals and by the willingness of Australians to try something different," he said. "There has also been rapid take-up of mobile payments, including through wearable devices."

The uptake of electronic payment technologies has led to a further decline in cash and cheques, which the RBA is expecting to continue. Cash accounts for one-quarter of day-to-day transactions with the majority of these being for small-value payments.

An analysis of the use of cash by the RBA in early 2019 found only between 15-35% of cash in circulation in Australia is being used for legitimate transactions. The rest is hoarded, lost or used for illegal transactions. Up to 20% of cash is hoarded domestically and up to 15% is hoarded internationally.

This data, therefore, showed that cash was being used not as a utility but as a store of value. In line with the changing use of cash, in the 2019 budget, the government announced cash transactions over $10,000 would be banned. Transactions over this amount would need to be made electronically or using a cheque.

However, Lowe also questioned the future of the cheque system in his address.

He did say before this happens there will need to be alternative payment methods available for people that rely on cheques, such as the NPP.