RBA rate cut: which lenders are passing on the cut? 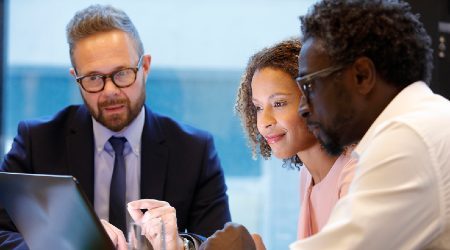 The official cash rate is now 0.10%. Here are all the lenders passing on the RBA's November cut to borrowers.

The Reserve Bank of Australia has cut the official cash rate to its lowest ever rate of 0.10%.

The central bank's decision was not a complete surprise, with 67% of the experts in Finder's RBA cash rate survey predicting this move.

Lenders are under no obligation to pass on the RBA's cut, but many of them will, at least for new borrowers.

This month, interestingly, some lenders – including the major four banks – opted not to pass the rate cut on in full to variable customers, and instead reduced their fixed loan rates.

Here are all the lenders who have announced cuts to their mortgage rates. We will keep this table updated as lenders make announcements over the coming days.

Which lenders are passing on the November RBA cash rate cut?

*This table will be updated as more rate cuts are announced. Cuts are for variable owner-occupier rates only unless specified otherwise and won't necessarily affect all of a lender's products.

Here's what you need to know about today's cash rate decision.

Why is the RBA cutting the rate?

The Australian economy is struggling to recover in the wake of the coronavirus pandemic. Lower interest rates encourage borrowing and spending, which can provide a boost to the economy. The government has signalled that the flow of credit is a key part of its economic recovery plan.

"Historically, cuts to interest rates have fuelled housing market activity and generally aligned with upwards pressure on dwelling prices," said CoreLogic head of research Tim Lawless. "With the trend in housing values already rising around most areas of the country, there is a good chance lower rates could see momentum building across the nation's most valuable asset class."

I already have a home loan: how does the cut affect me?

If you already have a home loan check that your lender is going to pass on the rate cut. Some lenders don't, while others may take a few weeks to actually drop rates.

Your lender may cut rates for new customers but not for existing customers. If this happens to you, call your lender and ask them to give you their best available rate for your mortgage type. It doesn't hurt to ask.

And if you compare home loan rates and realise there are much better deals available elsewhere, then it's time to switch.

Switching to a lower rate can save you thousands of dollars. Compare, work out how much you can save, work out your switching costs and apply for the new loan.

I'm looking to buy a home soon: what do I need to know?

Lower rates are good news for buyers. Lenders offer their lowest rates to new customers so it's easier to get a better deal. The main thing is to do the research and find a competitive offer.

Lower home loan rates can push property prices up. When borrowing becomes cheaper it makes it easier for people to buy and perhaps borrow a little more.

You can never "time" the market and the best time to buy is when you're ready financially and have found a property you love. But just be aware that lower rates can mean higher house prices.

Ready to switch? Refinance your home loan today or talk to a mortgage broker for expert help.