No change to cash rate as RBA holds firm 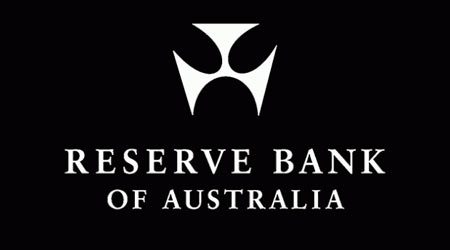 The majority of economists from the monthly finder.com.au Reserve Bank Survey accurately predicted that the Reserve Bank would hold the cash rate at 2.0 per cent at today’s Board meeting.

Most experts say that the Reserve Bank is still reviewing the impact of the latest two rate cuts which took place in February and May earlier this year. In particular, an improved labour market and a lower Australian dollar have contributed to the Reserve Bank’s call to keep the cash rate unchanged this month.

Why no movement for the cash rate?

With a steady unemployment rate and stabilisation in the labour market, further stimulus of monetary policy is not required as the Reserve Bank remains within its "comfort zone".

In particular, the Reserve Bank needs to observe if business confidence and investment have improved as a result of previous rate cuts, before it decides whether or not another rate cut is sufficient to achieve macroeconomic objectives.

Low interest rates have served to support borrowing and spending amongst Australian consumers and businesses, and credit has recorded moderate growth. Property prices continue to rise in Sydney and Melbourne however the Bank is working to minimise risks that may arise from the heated property market.

Given these conditions, the Reserve Bank judged that maintaining the cash rate was the appropriate course of action for September 2015.

What’s in store for the future?

Findings from the monthly survey found that 25 experts (75 per cent) did not expect the cash rate to move again this year, while five (16 per cent) predict that the cash rate will fall by the end of the year.

More than half (53 per cent) of the survey participants expect the cash rate to start rising in 2016, claiming that the final quarter of the year will be the most likely time for this to happen.

Our money expert Michelle Hutchison maintains that while record rates have been welcomed by borrowers, Australians should start preparing for future rate hikes.

“The finder.com.au Reserve Bank Survey has found that it’s not a matter of ‘if’ the cash rate will rise but, rather, ‘when’. However, there’s no need to panic and borrowers should use this time to do their research and scan the market to ensure they’re getting the best rate possible. Also, now’s the time to prepare for future rate hikes by making extra repayments while you can.

While the official cash rate has remained on hold at 2.0 per cent for August 2015, Michelle Hutchison says that experts are divided about what will happen to properties going to auction this mortgage season.

“However, more than one in three experts (11 experts or 34 percent) expect auction clearance rates to fall, despite mortgage season being traditionally billed as the hottest time to buy and sell.”

When should I enter the market?

With many Australian borrowers hitting the property market in Spring, it’s important that you budget carefully, particularly with potential interest rate hikes around the corner.

Michelle Hutchison says that buyers who are thinking of waiting until the property market settles may want to reconsider.

“Almost three in five experts (59 percent) said that next mortgage season (September-November 2016) will not necessarily be a better time to buy than this coming mortgage season, but rather is likely to be the same as this season.

“Five experts (16 percent) said it will not be a better time to buy in 12 months’ time, while seven experts (22 percent) disagreed, believing buyers should hold out and buy next mortgage season rather than this coming one.”

You should allow for a 2-3% buffer of funds to accommodate for future interest rate risks, as our record low rates aren’t here to stay, Hutchison added.