No change to the Reserve Bank cash rate in February 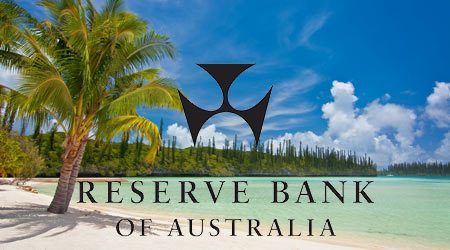 All 29 resident rate experts from the finder.com.au Reserve Bank survey accurately predicted that the Reserve Bank would maintain the cash rate at today’s Board meeting.

The survey respondents cited improved labour market conditions, modest inflation and low unemployment as the driving factors that prompted the Reserve Bank’s call to hold the cash rate this month and to continue its holding trend (the Bank has held the cash rate at 2.0% since May 2015).

56% of some of the nation’s most influential experts believe that the Reserve Bank is unlikely to cut rates any further this year.

Why did the Reserve Bank hold the cash rate?

With strong consumer confidence, a depreciating Australian dollar and low unemployment, the Reserve Bank judged that there was no need to change the monetary policy setting this month.

Stronger employment conditions and a modest inflation rate of 1.5% have contributed to a stimulus in the Australian economy and thus a cash rate reduction was not required for February 2016.

Many of the respondents from the finder.com.au Reserve Bank survey maintained that the Reserve Bank is comfortable with the current level of interest rates, and remains positive about the current and future economic outlook including the Australian dollar’s exchange rate.

The resident rate experts believe that there is too much uncertainty about global growth to raise rates just yet.

With record low interest rates, there’s no wonder why many Australians are opting for a fixed rate mortgage. finder's consumer advocate Bessie Hassan says that the popularity of fixed rate home loans is on the rise as many borrowers seek to take advantage of the security and certainty of a fixed rate.

“Over the past year the cash rate has fallen twice – in February and May 2015 – and finding better home loan rates has become a priority for many Australians.

“For instance, interest in three-year fixed rates on finder.com.au has almost doubled (80 percent) over the past three months compared to the same period the year before, while the popularity of two-year fixed loans has swelled by a staggering 95 percent.

“Interest rates in Australia are at historically low levels and the feeling is they are not going to get much lower. Borrowers are likely worried the pendulum will suddenly swing back and interest rates will start to rise”, she says.

Many borrowers fix their home loan rate to benefit from the certainty of knowing what their repayments will be both now and into the future. However, if you’re considering fixing your interest rate you should be cautious of the hefty break fees that you may incur when exiting your mortgage early.

“Breaking a home loan during a fixed interest period can be hugely expensive, which is why homeowners should always do their research. For example, on a three year fixed rate of 4.59 percent, a break cost one year into the loan could set you back about $3,000, or on a $500,000 mortgage could exceed $5,000. Breaking a loan one year into a five year fixed deal, with an average rate of 4.92 percent, could cost you $10,000.

If you’re thinking of refinancing, you need to make sure that the potential savings of a lower interest rate or more useful features of a new home loan will outweigh any discharge or break fees charged by your existing lender.

Use our switching cost calculator to help you decide whether refinancing makes financial sense for you.