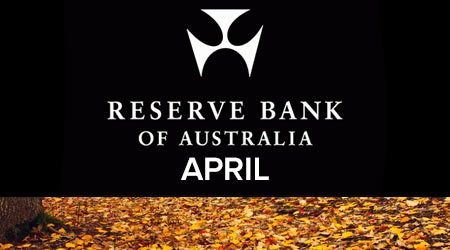 The majority of the resident rate experts from the finder.com.au Reserve Bank Survey accurately tipped that the Reserve Bank would hold the cash rate today, and many predict that the abolishment of negative gearing could be good news for first home buyers.

A total of 97%, or 34 out of 35, leading economists and experts expected no change to the cash rate at today’s Board meeting, which marks the 11th consecutive month that the Bank has maintained the cash rate, (the last time the Bank slashed the rate was in May 2015).

60% of experts predicted no movement for the remainder of 2016, and the majority of this group (20 experts) forecast a rate rise, but not until next year.

Many of the resident rate experts claimed that while the Reserve Bank will keep a sharp eye on the elevated level of the Australian Dollar (AUD), it will need to see whether the recent rise in the currency will be sustained before it adjusts the cash rate accordingly.

With inflation sitting within its target band of 2-3%, growth returning to the economy, and consumer sentiment hovering at average levels, the Bank is satisfied with the existing monetary policy settings. As a result, the Bank judged that a cash rate movement was not required at today’s Board meeting.

Despite today’s decision, the experts and economists cited volatility in global markets, upcoming elections, the lift in the AUD, and a major shift in unemployment as drivers that may prompt the Reserve Bank to take a different outlook regarding cash rate movements in the months to come.

What’s on the cards for future cash rate movements?

If the Australian dollar continues to appreciate, the Reserve Bank may feel prompted to adjust monetary policy by initiating a cash rate cut.

The respondents from the finder.com.au survey predicted a movement in May, June and July this year, with 20% of resident rate experts predicting a fall in the cash rate at some point during these months.

What does this mean for the home loan market?

Data from the Australian Bureau of Statistics (ABS) and the Australian Prudential Regulatory Authority (APRA) analysed by finder.com.au shows that the market share of interest-only home loans fell from 45.8% to 37% from June 2015 to December 2015.

Additionally, the value of new interest-only loans approved in Australia plummeted from $44 billion in June to $36 billion in December 2015 as borrowers take advantage of low-interest rates.

While the Reserve Bank has talked about reviewing negative gearing for some time, it remains a contentious issue. Labor has proposed to “grandfather” existing arrangements but future investors can only negatively gear new housing. The capital gains discount will be halved from 50% to 25%. The Coalition government has not announced its stance on negative gearing changes, while the Greens Party have proposed to remove the capital gains discount altogether.

As negative gearing can potentially push up asset prices, the removal of negative gearing could make it easier for first home buyers and low-income earners to break into the property market. This is because there will be greater available housing than buyers, and house prices will begin to fall. It may also mean that bidding on existing properties will be less intense for first home buyers.

Interestingly, some existing investors may sell when leases are due for renewal which may mean there are more tenants seeking housing opportunities than there is supply, so rents may rise.

In the finder.com.au Reserve Bank Survey, economists were asked to consider how abolishing negative gearing would affect housing affordability in the future.

A total of 65% experts believed that eliminating negative gearing on existing properties could result in a drop in property prices, which may prompt a market contraction. Of these, predicted a drop of over 5% if the Labor government restricts negative gearing from July 2017.

The average loan size for first-time buyers has fallen from $355,500 in October 2015 to $338,800 in January. Thus, falling property prices coupled with low-interest rates could make the property market more accessible for first home buyers.