Razer delivers one of the best gaming-on-the-go experiences at a reasonable price.

As far as gaming notebooks go, this is the slimmest, slickest-looking Razer going right now. Both internally and externally, this package is a marked improvement over the Blade 14. Gamers looking to kick butt and take names while in transit really ought to check this out.

If you're into gaming on the go, Razer's Blade series of laptops are a cut above the rest. Sharp looking in the aesthetics department and with internals that are always cutting edge, they're – you know what? Let's dispense with the blade puns from here on out. I just needed to get them out of my system early. Quite simply, what we have here is exactly what Razer says: the Blade 15 represents a new standard for desktop replacement laptops delivering an immersive experience in an incredibly thin form factor, no matter which way you slice it.

For this model, the manufacturer has gotten off to a great start by equipping the Blade 15 with Intel's much vaunted Coffee Lake CPU (i7-8750H, 6 Cores, 12 Threads @ up to 4.1GHz). That's backed by an impressive GPU as well, NVIDIA's GTX 1070 Max-Q, plus a lovely 144Hz panel to drink in the AAA game visuals from. It's also worth noting that this model can be optioned up from FHD (1080p) to a UHD (4K) if you're willing to pay more. But for our tests, we stuck with the 1080p solution since, in terms of response times, this is better suited to a hardcore gamer's needs. 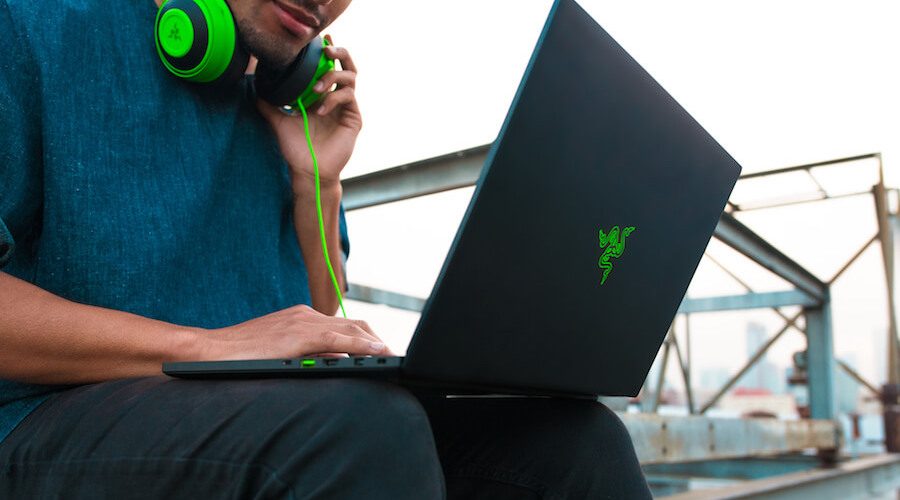 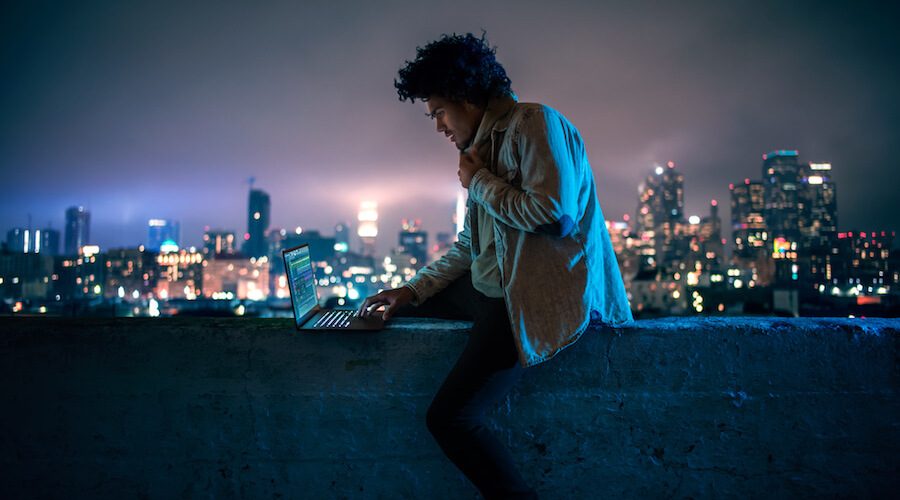 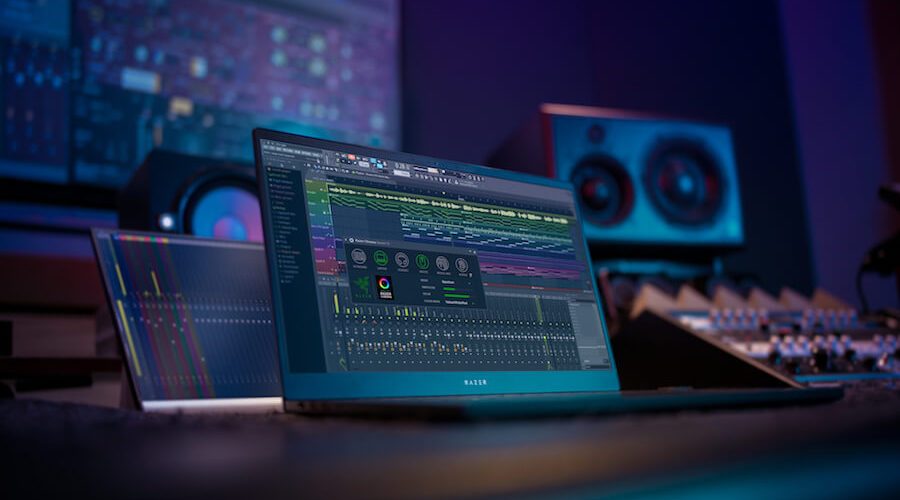 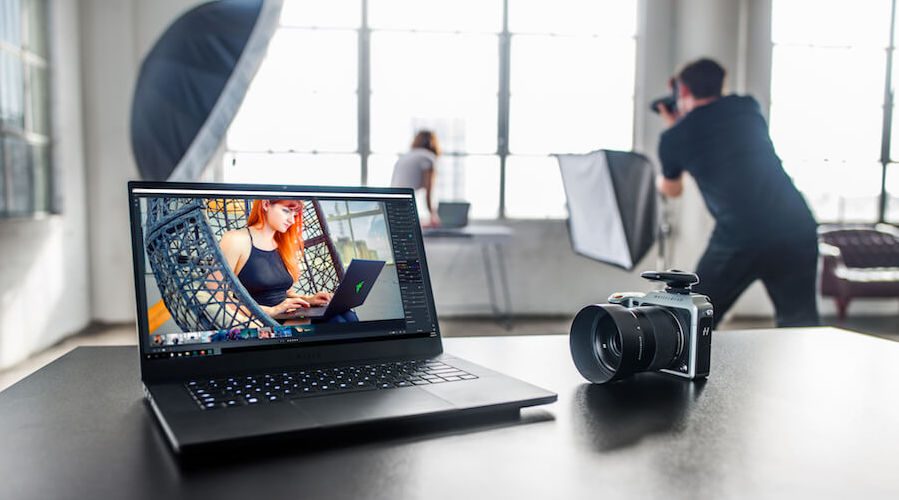 What's most impressive about the Blade 15 is how much power has been shoehorned into such a svelte, unassuming package. What we have here is a CNC aluminium chassis that manages to be durable and lightweight at a smidge over 3kg with a footprint of only 22.5mm x 424mm x 281mm (HWD).

For those of you keeping score at home, that's actually smaller than its predecessor – a pretty remarkable feat considering the screen has jumped up from 14" to 15.6". This has largely been achieved by making the screen an edge-to-edge solution that has a diminutive 4.9mm bezel. Overall, Razer has pursued minimal exterior dimensions to the point where the Blade 15 is now the thinnest laptop in its class.

The good news is that all this has been achieved without compromising build quality, thermal build up nor style. In my (semi) vigorous abuse test, I found the aluminium chassis to be basically warp-free and the anodised black finish is fairly resistance to scratches. The same can't be said for fingerprints, sadly. This model, like every other Razer laptop I've demoed, will look like a dusted crime scene in no time flat. You'll want to keep a cloth handy.

Flip open the lid and the improvements continue. The most notable is a 50% larger Microsoft Precision touchpad. It's also obvious that Razer has decided to move away from the rounded edges of their last model to something more square-edged, which is an aesthetic I prefer. Last but not least, you can make the travel keyboard of this unit resplendent with Razer's signature Synapse RGB lighting. Even if you don't choose to get your mini- discotheque on, what we have here is a looker. Better yet, nobody is going to mistake it for last year's edition. Port-wise there hasn't been a great deal of evolution over the last model. Having a MiniDisplayPort 1.4 in addition to HDMI 2.0 is always appreciated, especially when you consider the Thunderbolt 3 port can output three external displays for gamers with a fancypants desktop environment. Alternatively, it can enable some extra grunt via Razer's array of external GPU solutions (such as Razer Core X or the V2). I've covered these before on the site and they're well worth looking into.

The port distribution has been kept as rearward as possible on the unit and is as follows. Down the left, you have power, 2x USB-A 3.0 and an audio combo jack. On the flip-side, there's your Thunderbolt 3, USB-A 3.0, HDMI 2.0, MiniDisplayPort 1.4 and a Kensington lock. Personally, I was really hoping for an Ethernet port and a card reader of some sort – but that's a small concern.

Gaming on the go is never viable if you don't have a decent battery powering everything. Basic browsing and Netflixing at 80% screen brightness (using the integrated Intel UHD Graphics GPU) will get you a bit over five hours of life. However, engage the GeForce GTX 1070 for a gaming session and you'll milk an hour before the Blade 15 needs a power cord. Speaking of battery life, a compromise has been made in order to maximise it. The FHD model does not offer NVIDIA's G-Sync "screen-tearing" solution. That's reserved solely for the 4K model. It's a bit of a shame but by no means a deal-breaker. At the time of writing, the GeForce GTX 1070 in this bad boy is more than enough to pump out the best AAA games on the market in full 1080p resolution while cranked to high or ultra-detail settings. Even better, they'll look damned impressive in motion as they'll be using the full benefit of the 144Hz display.

I threw a lot of my personal favourites at the Blade 15 and it handled everything with aplomb. In the battle royale experience, where frames per second are critical to staying alive, Fortnite delivered a solid 98 fps average on ultra (and high was closer to 120) plus the oddly coded PUBG delivered 66 fps (the next setting down pushed that to around 85).

In terms of more traditional PvP shooters, Overwatch produced 133 fps on Epic settings while ye olde Counter-Strike: Global Offensive churned out 190 fps and Rainbow Six Siege was a buttery smooth 145 on Ultra. Last but not least, I installed a few open-world, AI-heavy single-player experiences and was very impressed with what came back. The frames per second of Far Cry 5 on Ultra sat in the 80s, this year's Assassin's Creed Odyssey was a bit more taxing at 58 fps on Ultra High and Ghost Recon Wildlands – a known resource hog – was still a palatable 45 fps.

Basically, the message here is clear. Razer has set out to deliver one of the best gaming-on-the-go experiences you can have (at a reasonable price), and it has delivered just that.