Buying a tenkeyless keyboard is always a trade-off. You're sacrificing not only a numpad but often dedicated media controls for the convenience of a compact form factor.

With the Razer BlackWidow V3 Tenkeyless, the trade-off is well worth it. While it loses a little versatility by ditching those keys, it retains the top-tier performance and versatile customisation present in its full-sized siblings. If you're looking for a compact gaming keyboard that doesn't come loaded with compromises, the BlackWidow V3 TKL deserves a place on your shortlist. 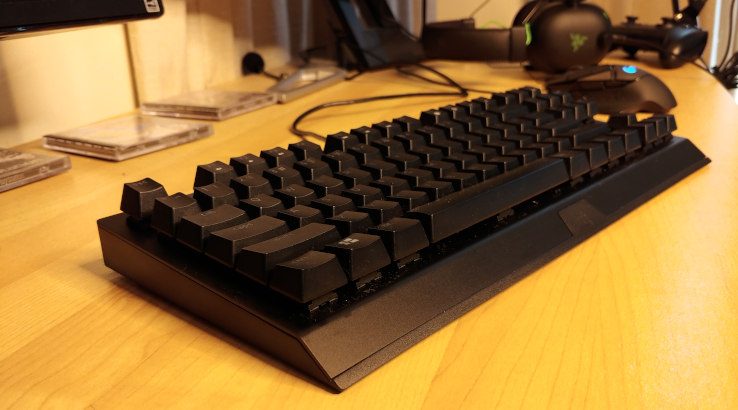 The BlackWidow V3 TKL checks all the boxes for a tenkeyless board. It's light and compact, making it easy to slip into a backpack and travel with. Its small footprint is especially useful for folks with less desk real estate, taking up roughly the same amount of space with a mouse that a full-sized keyboard would alone.

Razer has taken a similarly discreet approach to the visual design of the BlackWidow V3 TKL. The black colour scheme is camouflage on most gaming desktops and the simple rectangular frame puts function far above form. It might not pop the way some more-extravagant keyboards do, but its plain aesthetic suits professional and recreational environments equally well.

For as light as it is, the BlackWidow V3 TKL is reassuringly sturdy. The hard frame feels capable of surviving plenty of bumps and batterings, while the aluminium top plate adds extra protection against scratches and other wear and tear. Rubber pads on the underside of the board keep it from slipping even when frantically punching keys in the heat of battle.

Sadly, this focus on durability doesn't extend to the BlackWidow V3 TKL's USB cable. It ditches the braided design common among Razer's keyboards in favour of a traditional plastic covering, which is more susceptible to damage and tends to snag on other objects more frequently. On a more positive note, Razer has added cable routing options to the underside of the board. These let you direct the cable out the top-left, top-right or middle-top of the board to best suit your desk layout.

As with the Razer Ornata V2, the BlackWidow V3 TKL has relocated the keyboard status lights to sit above the directional keys. I like this approach, as it's easier to spot at a glance whether Game Mode or Caps Lock is activated or not. 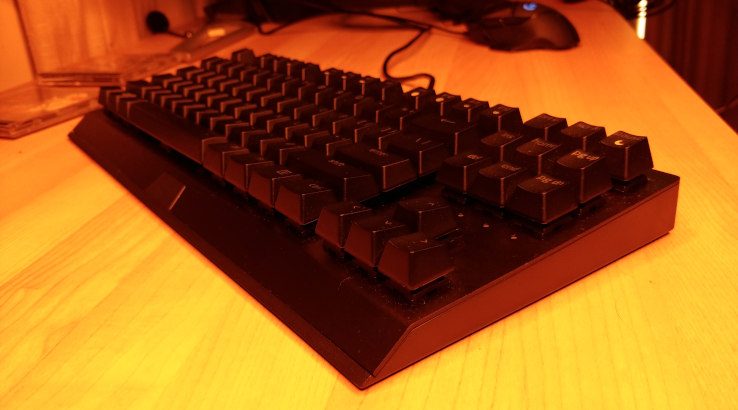 Razer has spent more than half a decade refining its custom mechanical switches and the BlackWidow V3 TKL shows that effort hasn't gone to waste. It sports a set of Razer Green mechanical switches that couple firm feedback with swift responsiveness. Each key offers enough resistance to prevent accidental input without demanding the level of finger force that leaves your hands feeling like rubber after a few hours.

Switch feedback is clear and satisfyingly clicky, ensuring that every keypress you thought you made actually results in an on-screen response. A grainy texture coating each keycap provides additional grip and feels nice to the touch.

In-game performance is top-notch. Whether I was juggling abilities in Destiny 2, dashing through explosions in Gunfire Reborn or strafing Cacodemons in DOOM (2016), all my inputs registered accurately and immediately. And thanks to the precise balance of switch resistance and responsiveness, I felt no strain or weariness playing for hours at a time.

Speaking of longevity, Razer claims its switches are good for a lifetime of 80 million keystrokes. While manually testing that claim would require more time than any human could spare, I'm confident in the BlackWidow V3 TKL holding up to plenty of key-clacking before raising the white flag. Both the switches and the keycaps feel reassuringly sturdy, and Razer's track record is solid – I've been testing Razer keyboards for years and have yet to encounter any long-term durability issues. 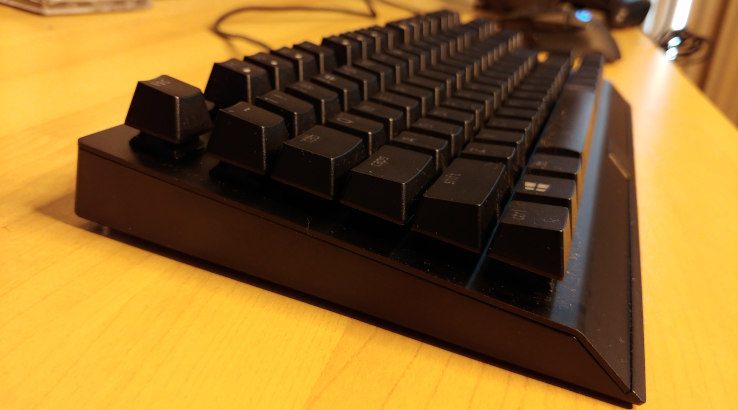 Most tenkeyless keyboards lack the breadth of features you find on their larger siblings. This remains true for the BlackWidow V3 TKL, but it still packs plenty of bells and whistles common to Razer's products.

Since there are no dedicated macro or media keys, the Function keys on top of the board sport secondary functions for adjusting the volume, pausing and skipping audio and video tracks, controlling the RGB brightness, toggling Game Mode and recording macros on-the-fly. Holding down the Fn key turns off the RGB lighting on all but the dual-purpose Function keys, a helpful reminder of which keys you actually want to hit.

As with all recent Razer keyboards, the BlackWidow V3 TKL supports key rebinding for all keys excluding the Windows key and Fn key. The interface for assigning functions to keys is simple and intuitive: just select the key on the image of the BlackWidow V3 TKL that shows within the Razer Synapse app and pick your desired function from the comprehensive list that pops out.

As you'd expect, you can map keys to other keys, assign them system functions like muting your mic or booting up specific programs and record multiple actions as macros for convenient one-press execution. If that's not enough, the keyboard supports Razer's HyperShift technology which lets you define a secondary function for each key, accessible when holding down the designated HyperShift key.

The BlackWidow V3 TKL features a Game Mode toggle, much like most modern gaming keyboards. The difference here is that it doesn't just disable the Windows Key, you can set it to deactivate Alt+Tab and Alt+F4 as well. You can also set it to automatically activate when you boot up a game, saving you from having to manually turn it on and off each time.

RGB lighting is another area that the BlackWidow V3 TKL doesn't compromise on at all. It boasts full Razer Chroma Studio compatibility, providing an almost intimidatingly comprehensive suite of lighting effects and playback settings. Effects can be applied to individual keys or layered on top of each other to create lighting profiles that truly stand out from the standard presets most keyboards ship with.

If you prefer a more subtle approach to RGB, you'll be happy to know you can set a timer so the lighting turns itself off after a certain period of inactivity.

Should you buy the Razer BlackWidow V3 Tenkeyless?

If you're in the market for a high-end tenkeyless gaming keyboard, the Razer BlackWidow V3 TKL absolutely deserves your consideration. It takes the premium design and top-tier performance of Razer's popular BlackWidow keyboards and crams it into a surprisingly light and compact package, sacrificing very little in the process. 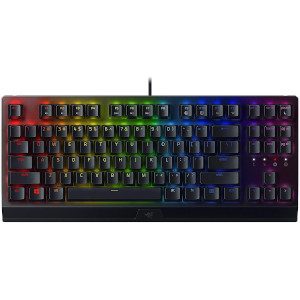 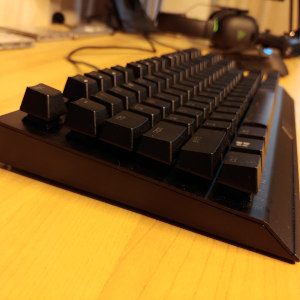