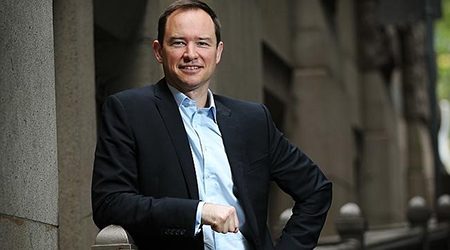 CEO Daniel Foggo on the last four years and how Australia's market is playing to its advantage.

When RateSetter started operations in Australia four years ago, the peer-to-peer (P2P) lending industry was in its infancy and its risk-based, investor-funded loan was seen as an alternative. But a lot can happen in four years. Today, major banks such as CommBank, HSBC and Citi use risk-based pricing, once only the domain of P2P lenders, while the formerly "alternative" RateSetter funded over $25 million in consumer loans this month.

"We're literally funding just about to the dollar what I thought we'd be funding every month," said CEO Daniel Foggo, reflecting on how he thought the business would look now when they first set up shop. "I guess we had a little bit of a blueprint from RateSetter in the UK, so we roughly knew what it was going to look like going forward."

Foggo said the lender has been "determined" to focus on specific products. One of its new ones is a renewable energy loan which it launched 18 months ago.

"We wanted to be supporting the environment. We knew it was a great asset class to be funding because you're typically lending to homeowners who are installing batteries or solar panels, homeowners are good people to lean to, and, most importantly, when they're buying these products, they're often saving money."

Part of the success of RateSetter's renewable energy lending products was its $100 million funding deal with the Clean Energy Finance Corporation (CEFC). The deal saw RateSetter become the financing provider for the South Australian Home Battery Scheme, with the loans helping to cover any upfront costs of installations not met by the program's subsidies.

The renewable energy business has consistently grown for RateSetter over the last 18 months. Foggo believes the South Australian Scheme is groundbreaking and RateSetter's way of lending in the space is different to how renewable products have traditionally been financed.

"Predominantly in the past, people who have taken finance for renewable energy for their home have done it through interest-free offerings, but often they're not really cost-free. They might be marketed as interest-free, but really the price is often inflated for the goods once you're buying them under that finance structure," he said.

Foggo believes the renewable energy market is set to explode due to a few reasons, including the reduction in the cost of batteries and state-based programs.

"I think it's going to become quite a large part of the consumer lending space and being a fintech is a helpful thing in that you need a lot of really good technology to actually deploy funds in this way."

Preparing for the opening

There are a number of changes taking place in Australia's financial market at the moment. One of these, open banking, is of particular interest to RateSetter. According to Foggo, one of the benefits of having RateSetter UK as a 15% shareholder is information-sharing, so it's been able to benefit from what its UK counterpart has already experienced with open banking. However, despite the sharing of know-how, Foggo says the great benefit from open banking is more relevant in Australia than in the UK because of comprehensive credit reporting (CCR).

"In the UK, CCR files provide about 440 line items. So, a different lender can see the type of credit you've got, what the rate is, what the limit is, how much is drawn. In Australia, we only have, I think, even under the Comprehensive Credit Reporting, about 25 different line items. So it's not as comprehensive," he explained.

While he said that he does hope CCR will be broadened out so lenders like RateSetter can lend to people they currently cannot, open banking will help fill some of the gaps left by CCR data.

"Open banking will help a lot in terms of alleviating the focus or the need for Comprehensive Credit Reporting to be rolled out, you know, but we'll have to see how it all plays out."

Foggo says that open banking will not only improve RateSetter's application processes, with consumers not having to fill out as much information if opting to apply using open banking, but that the data available will be able to improve the rate people can get.

Foggo is optimistic about RateSetter's future and says it has aspirations to be the largest manager of consumer credit in Australia. While that sounds like an ambitious plan, he puts the numbers in perspective.

"As we understand it, the Big Four Banks fund between $50 and $100 million of amortizing consumer loans in a month [excluding automotive and mortgage loans]. We're only a couple of years away from being at the high end of that number. And so it sounds grand, but actually, in that context of that sort of consumer credit, we would like to be the largest player, and we'd like to manage it very responsibly so that our investors are always getting the return that they expect."

Foggo believes RateSetter has the pieces in place, both internally and from a regulatory environment, to make it work.

"We feel like we've got the building blocks in place to get there, you know, our credit is performing really well. We've got a tailwind from a regulatory environment [...] I think we're gonna have much greater competition under an open banking regime, so this is great for the consumer, and it's great for disruptive businesses that are providing really good value. So we are excited about the future."