This is how much a rapid antigen test should actually cost 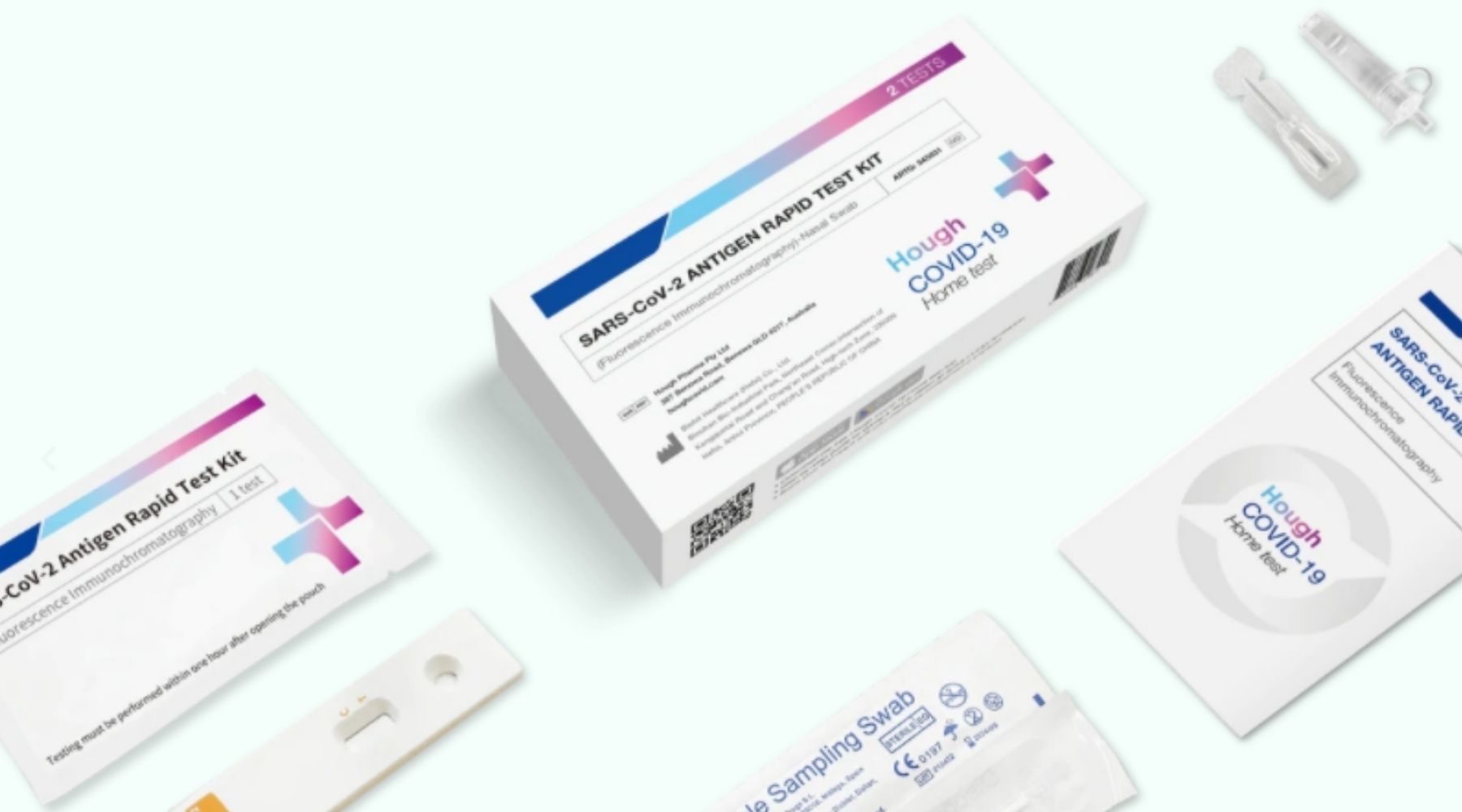 The ACCC has significant concerns about the cost of rapid antigen tests and is referring matters to both the TGA and AFP.

Rapid antigen tests have become the preferred testing option by state governments since PCR testing clinics around the country were first overwhelmed in December.

Since then the availability of rapid antigen tests has widely declined and prices have shot up. (You can head to Finder's RAT buying guide for the latest availability and pricing information.)

The Australian Competition and Consumer Commission (ACCC) has released new information about pricing after forming a team to investigate issues earlier this month.

How much should a rapid antigen test cost?

Following an analysis of information from the public, suppliers and retailers about the cost and price of rapid antigen tests the ACCC says it has significant concerns.

It found that tests are often costing $20-$30 per test and even over $70 per test through some small retailers even though wholesale costs range between just $3.95 and $11.45 per test.

"At the extreme end, we have received reports or seen media coverage of tests costing up to $500 for 2 tests through online marketplaces, and over $70 per test through convenience stores, service stations and independent supermarkets, which is clearly outrageous," ACCC Chair Rod Sims said.

The ACCC says the most reported traders are: pharmacies (879 complaints, 47% of reports) followed by convenience stores, tobacconists and supermarkets (283 complaints, 15%), and petrol stations (272 complaints, 15%). 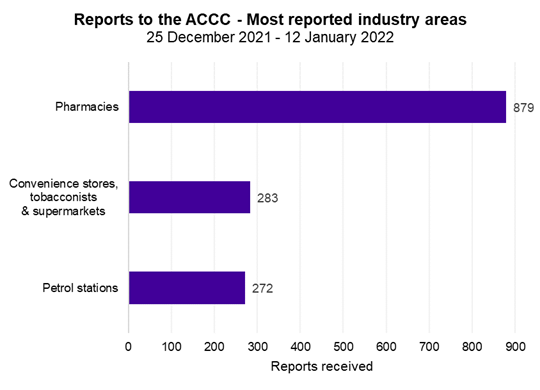 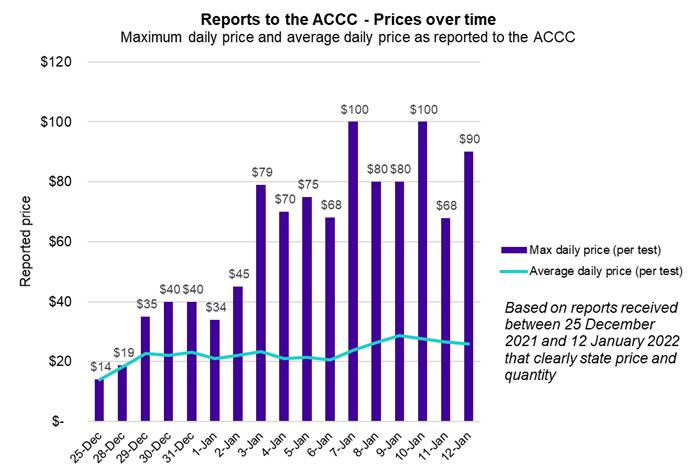 Since 7 January 2022, the average price reported has increased to around $24 with the highest reported prices being $80 and $100 per test.

As a good rule of thumb, a rapid antigen test is should cost more than the wholesale price but less than $20.

What dodgy practices should I watch out for?

The ACCC has received over 1,800 reports from the public since Christmas which has provided enough material to identify 4 practices you should watch out for:

What is the ACCC doing about the issues?

As part of its ongoing investigation, the ACCC has contacted more than 40 test suppliers, major retailers and pharmacy chains to seek information about costs, current pricing and stock availability as well as reminding retailers they need to be able to justify claims they make to consumers about reasons for high prices.

Speaking at a press conference today regarding the price gouging issue Sims said, "We have also had reports that look as if people have bought the goods at retail and then on-sold them at more than 20% mark up and that is illegal under the government's recent announcement, and we are referring anything that looks of that nature to the Australian Federal Police."

The ACCC is also continuing to investigate potential scams after receiving increasing reports of online stores wrongly accepting payment, meaning the stores did not intend to supply the tests or knew, or should have known, that they would not be able to supply the tests in a timely manner.

What should I do if I have concerns about the pricing or sale of rapid antigen tests?

If you have concerns about the price of any goods you can contact the ACCC to make a report.

Additionally, if you believe you have evidence of price-fixing cartels you can contact the ACCC anonymously.

If you've encountered rapid antigen tests being sold individually, separated from packs or not on the Therapeutic Goods Administration Register of tests approved for consumer use you can report concerns to the TGA via ECT@health.gov.au.

Note: We updated this article to give a clearer explanation of how much a rapid antigen test should cost.

Need to find a rapid antigen test? Our guide to online stores is updated every hour with current stock availability.