Quick verdict: If you’re keen on educational computing or just the many projects that a standard Raspberry Pi is capable of but put off by its barebones nature, the Pi 400 is just about the ideal gateway device. 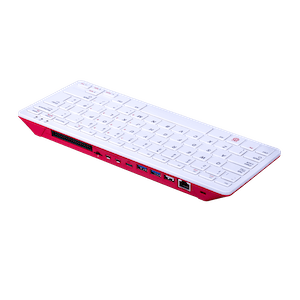 If you're of a certain age – and to be clear, I totally am – you'll remember the heyday of 8-bit computers such as Commodore's C64 or Amiga platforms, Atari's 800 or ST computers, or even the Amstrad CPC or Spectrum lines.

They were low-cost, mass-produced computers for the masses, and while many of them did really just end up as glorified games machines, they also sparked a programming revolution.

That's what the Raspberry Pi system was meant to replicate. While it has been wildly successful and highly popular among those who aren't afraid to get down into the code and get their knuckles properly grimy, that bare-bones board approach could be a tad off-putting to the everyday user.

That's where the Raspberry Pi 400 comes in. It represents a rather glorious return to that ethos of the computer that was genuinely built into a keyboard. The end result can be rather more profound than that sounds. 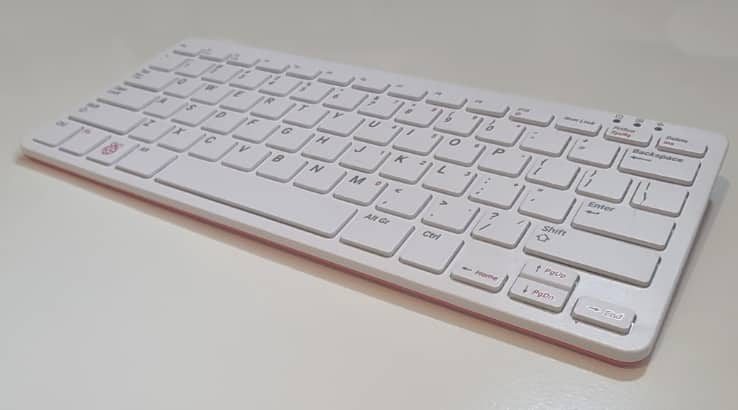 The key appeal of the Pi 400 is that, unlike a Pi 4, you're not presented with a bare board and asked to just get on with it yourself. Instead, you get nearly everything you need to get started in the world of Pi usage, based around a small form factor keyboard. You might even just think it was just a keyboard until you turn it around and see the array of ports peeking out.

These include two USB ports, Ethernet, dual micro HDMI outputs and microSD card slot, along with a rubber flap that hides a full 40 pin GPIO port, used for building out most (but not quite all) of the available Raspberry Pi projects. The underlying core is very much like a Pi 4, but not quite identical, and that goes beyond the different board layout needed to line up all of its external facing ports.

You don't get the Pi 4's camera or display connectors, and you also don't get an external 3.5mm headphone jack. If you want sound out of the Pi 400, it's going to have to travel via HDMI.

One small caveat here is that while the keyboard-as-computer form of the Pi 400 means that you can just as equally drop it on a sofa as a desk, it's going to have a fair quantity of trailing cables behind it when it's in use.

The Raspberry Pi 400 sells in two variants. If you've got a lot of the cables already, you can buy it as a standalone computer or in a kit form with included micro HDMI cable, power supply, Raspbian SD card, official Raspberry Pi mouse and a very nicely put together book to get you started with the Pi 400. That's what I've reviewed, and it's arguably the variant that most folks looking to understand the Pi should opt for.

The one factor with the kit version that I really don't much love is the official mouse. The style is nice and the response is fine, but it's a cabled USB mouse with a very short connection cable. If you like the luxury of sweeping your mouse across your desk while using it, you're almost certainly going to send the Pi 400 keyboard flying when you do. 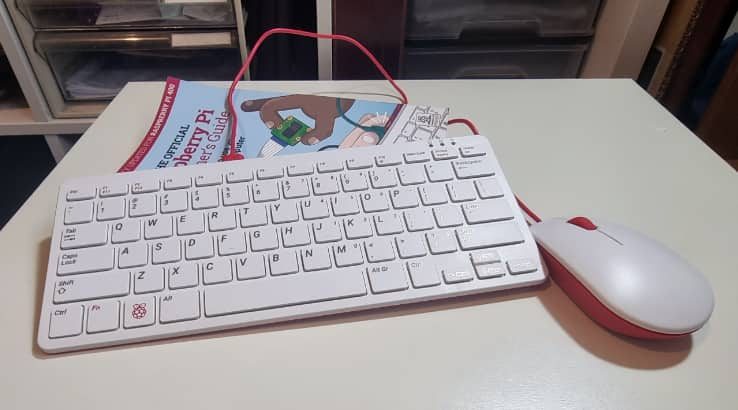 The advantage of buying the kit version of the Pi 400 is that it comes with a preloaded Linux-based Raspbian install on a 16GB microSD card, providing an excellent entry point to using the Pi as a programming system. You're in no way limited to just that approach, because like every other Pi system, the storage is fundamentally based around microSD cards. You could use one card as Raspbian, one as the basis of a retro gaming system, one for a robotics project – the choice is yours. It also means that if something does go wrong, you can always easily set up another microSD card as a brand new Pi interface easily and quite cheaply given the cost of microSD card storage.

To put Raspbian to the test, I dropped one of my teenage sons with a light interest in programming in front of it along with the supplied Pi guide in the kit.

I'm used to teenagers ignoring me most of the time, but in this case, I didn't hear from him again all afternoon because he was far too busy wrapping his head around Python programming.

Or in other words, it passed not only the vital teenager interest test but also its educational remit because it's exactly this kind of bedroom coding that Pi founder Eben Upton envisaged back when the original Pi models went on sale.

The underlying processor in the Raspberry Pi is a 1.8GHz ARM Cortex-A72, slightly upscaled from the Pi 4 due presumably to the fact that the larger body of the Pi 400 allows for more spread out cooling. Certainly, during testing, I never hit the dreaded overheat warning that can commonly happen with bare Pi boards, especially without fans.

It's even possible to use the Pi 400 as a basic productivity machine, as long as your needs are light.

I've penned this entire review on the Pi 400 in order to test out its keyboard, via LibreOffice Writer, and can browse the net and use any of the Google services (or any web service) to get my work done. Which means, in a somewhat obtuse and aged joke way, that it's finally the year of Linux on the desktop if you want it to be.

The scope of what can be done with a Pi 400 is pretty wide, although it's not quite as flexible as the straight up Pi 4 thanks to its size and differing GPIO and input/output set-up, but that still leaves an immense amount of scope for learning, project building and plain all-around tinkering.

Should you buy the Raspberry Pi 400?

The Pi 400 isn't a computer for absolutely everybody, but it's pretty close. Experienced Pi users won't really need the keyboard form factor, although they may appreciate the power uptick relative to a standard Pi 4.

However, they're really not who it's for anyway. If you're curious about the whole Raspberry Pi idea, especially if you've got kids who are interested in programming, it's an affordable and flexible way for them to get started with relatively minimal fuss and an entire Internet stuffed with project ideas.