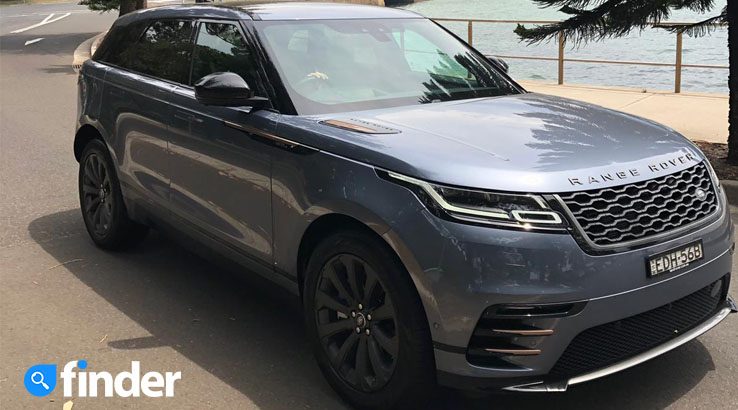 The Velar underlines why the brand is held in such high regard.

Introduced in 2017, the Range Rover Velar slotted in between the Evoque and Range Rover Sport, in what was already a stellar line-up of vehicles.

When you consider the Land Rover line of SUVs as well, the range really is quite comprehensive.

Positioned against the Porsche Macan, BMW X3 and Audi Q5, the Velar starts at $100,701, and with extras included, the total of our test vehicle comes to $122,342.00. You can see the full options list at the bottom of the review.

When I first saw the Velar rise out of the underground car park, it was almost as if it was moving in slow motion.

I couldn't help but think to myself, as it rose slowly "how much trouble would I get in if I headed for the border?" It's ultra aggressive up front, but retains the familiar trademark Range Rover styling that traverses the entire range.

Round the back, the stumpy rear that was given to the Evoque is gone, replaced by a tapering back window which makes way to two large exhausts down the back. The styling on the Velar, as it is with all Rangeys, is almost minimalist, but also extremely effective. Using soft lines and large areas of colour, the range displays a high-end, premium look.

I won't lie, initially I wasn't sold on the Byron Blue, but it's a colour that grows on you. No matter how much fondness I developed for it though, I think I'd take the Velar in white. I feel like that combination with the black and "Burnished Copper" accents around the vehicle, (an inclusion on the R-Dynamic models, along with air vents at the front), would set it off. The blue doesn't hide dirt that well, either.

Our tester had a number of options fitted, which helped give it the overall look you are seeing in the photos through out our Velar review.

The Byron Blue paint, for instance, will set you back an additional $1,780. Privacy glass comes in at $890 and the fixed panoramic roof a solid $3,550. It is easy to see how the price on these begins to balloon. 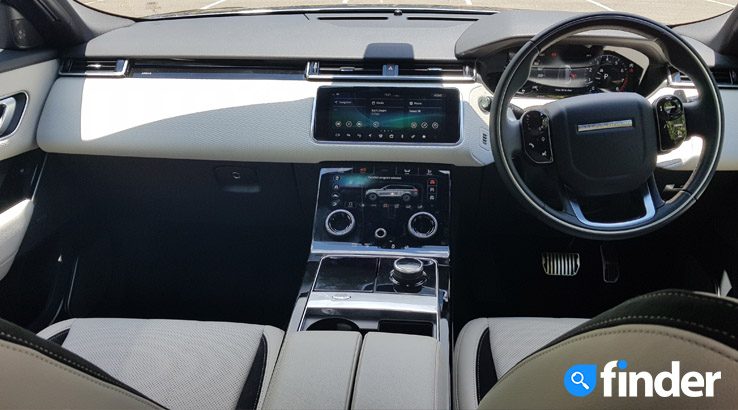 I think any manufacturer would be hard pressed to offer up an interior as impressive as the Velar. Range Rover does a fantastic job with its passenger cabins.

After being handed the keys, I hopped inside and was greeted by a simple, yet striking interior. There aren't buttons everywhere or multiple separate materials. Buttons and knobs have been replaced by the Touch Duo Pro system, which means there are two separate screens in the centre of the dash. One is dedicated to infotainment and display for your reversing cameras, while the other handles vehicle set-up, whether it be air conditioning or ride-height, as long as you have that optioned for $2,110.

The system is fantastic, and I could wax lyrical for hours about it, but we covered that in our Evoque review. If you want DAB+ radio, it will cost you. An extra $940 to be exact. DAB+ is a feature on almost every new car these days, for free.

In the back, while things retain their quality finish, it is a bit of a different experience. Leg room is adequate in the back row, with the driver seat in my driving position there is sufficient legroom. My shins butted against the plastic backing of the driver's seat. I'm just over 6 foot, but if you are buying a Velar, are you purchasing it because you have a growing family?

Which brings us to another potential cause of stress. If the Velar is to become your family runabout, the kids in the back are also probably going to have phones or iPads. Which they are going to have to charge with a single 12 volt socket in the back. You do get two USB ports in the centre console though, so you might need to invest in some longer charging cables, or buy them a book.

No less than 19 Meridian speakers (you read that right) keep the crew entertained with clear (and when you want it to be) loud audio.

How is the Range Rover Velar on the road?

With the start button pressed and the rotary dial gear-selector in drive, we began navigating in and around Sydney. We found the ride to be quite plush. Our test car was running on 20-inch rims, though you can go higher or lower depending on how you want the vehicle to look and ride. I'm not sure I would go higher if I were configuring my Velar.

As mentioned previously, our vehicle was optioned with the air suspension, contributing to this soft ride, but it also means body roll is quite dependant on how tall the vehicle is from the ground. It's pretty minimal down low, but you do get some rolling when offroad height is selected while on the road.

Parking this decently sized SUV is pretty easy with all the sensors, bells and cameras fitted to it. Should you be taking it offroad, the low mounted front camera will come in handy identifying and maneuvering around any rocks above or below the waterline that may cause harm.

An optional Head-Up Display was equipped too, which offered a clear graphical representation of speed, navigation directions and a number of other things. It can be fitted to your Velar for $2,420.

Our model, being the R-Dynamic P300 SE, is powered by a 2.0-litre twin-scroll-turbo petrol unit which produces 221KW and a torque figure of 400Nm. It's a decent unit that is stated to get to 100km/h in 6.2 seconds, with your foot down though, it doesn't feel as aggressive as that figure sounds.

The eight-speed automatic gearbox, when in Drive, tended to over run slightly when selecting higher gears. Moving the gearbox into Sport holds the gears a bit longer, but not long enough to make you feel anxious. 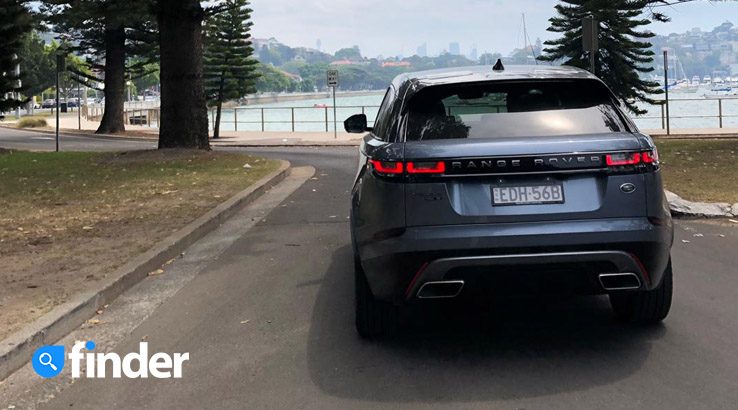 What safety technology is on the Velar?

Being a Range Rover you know the safety suite is going to be quite comprehensive. As standard you get:

For an additional 3,965 smackaroos, you can add the Driver Assist pack which adds:

It's as practical as any other SUV.

It fits five and has two ISOfix mounting points to secure child seats. There is also ample storage space with 558 litres, which is more than the Mercedes GLC and Audi Q5 (among others), with the back seats up. With them down there is 1,731 litres available – again more than the BMW X3 and Merc GLC. Kids in the back won't complain about leg room either.

Under the boot floor, you will find a space saver tyre.

Its 2.5 tonne towing capacity means it can tow the majority of things you may want to put behind it, but I haven't met too many people with a tow ball on their Range Rover Velar.

It is also easy to park with all the sensors and the crystal clear Touch Duo Pro display.

Easy to manoeuvre, great to ride in and stunning to look at, the Range Rover Velar is a well-rounded, premium option for a family SUV. The Velar underlines why the brand is held in such high regard.

You will have to watch the options list though, as it can blow the overall price out – the final total of the accessories included on our test vehicle was $21,641.