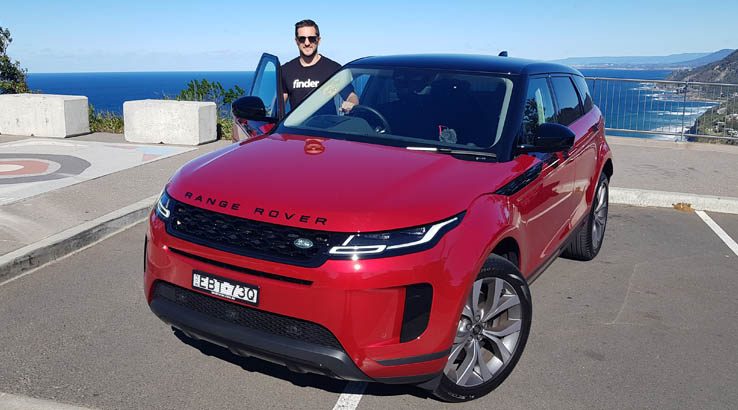 You won't want another car

You see them cruising around Sydney's Vaucluse and Rose Bay. They're parked at cafes, yoga studios and soccer fields in trendy suburbs around the country; this is the stereotype of the Range Rover Evoque. It is something that has to change.

The perception has to change because the baby of the line-up, the Range Rover Evoque, isn't a blingy fashion accessory. It's a bloody good car.

All Range Rovers look good. Styling is never an issue for the British brand. It makes good looking cars and the 2020 Evoque is no exception.

Dipped in "Firenze Red" and accented with the Exterior Black Pack along with a Santorini Black roof, the Evoque we drove looked every bit as beautiful as its older siblings like the Velar and Range Rover.

Others agreed too, with plenty of people coming up beside the car to get a look. I was surprised by how much attention it received.

Some may be put off by the shorter rear bumper, which does make the vehicle look slightly stumpy. But in my eyes, the combination we had looked brilliant.

Inside the vehicle is very much the same story.

Upholstering the cabin is perforated ebony grained leather seats and trim, and 14-way electric memory front seats to help you get comfy ($560 option).

The 2020 Range Rover Evoque has a sound system and an infotainment set-up that would give Samsung and Apple a run for their money, if it was sold separately. It's been designed to be completely clutter free too. All climate and vehicle controls are operated by a secondary touchscreen interface, which is equally as easy to use.

Apple CarPlay and Android Auto are standard while it also has the ability to turn into a rolling Internet cafe with Wi-Fi and hotspot functionality.

Steering wheel controls are well laid out and easy to identify. Using hidden-until-lit, touch-sensitive switches – which sense motion and pressure – is intuitive. For instance, brushing your finger upwards over the volume symbol will raise the volume. Likewise, if you are on a call, a red phone will appear on the controls for you to press.
It might take some getting used to, with certain buttons having several different uses and the digital display changing the label depending on what you are doing. But so did the mobile phone, and look at us now. We went from Nokia 3310s to iPhones and Galaxy smartphones.

Leg room in the back is adequate; with the seat in my driving position I could fit in the back, but it was snug. One omission we noticed from the Evoque though was a lack of grab handles above passenger windows. 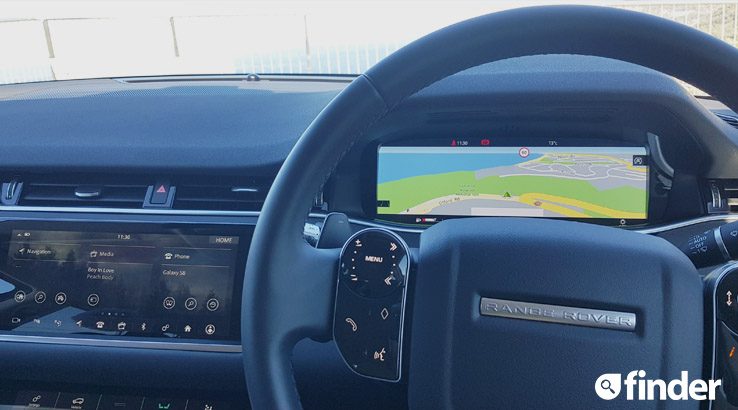 As you can probably tell by now, I was sold on the outside, but being honest I was worried that with a diesel, the whole thing might unravel. I was concerned that the combination of sleek looks and a truck engine wouldn't be cohesive.

But I was wrong.

The 2.0 litre turbo diesel is a gem. Producing 177kW, it's fairly quiet and has plenty of punch. Mated to a nine-speed automatic, the combination was smooth, and when driven around the city and on highway runs it will consume 6.3 litres per 100km.

Apart from some slight hesitation when switching into drive, it's a hard combo to fault.

Cabin insulation is quite good; sitting at 110km/h I could hold a conversation on the hands-free without repeating every second thing I said. No one could tell I was on a motorway.

No matter whether cruising at high speed or swanning through the suburbs, the Evoque sailed over any rough roads that came its way. The active damping ($1,950 option) contributed, but being a Range Rover I'm sure the ride would have been quite good without it.

To keep everyone safe there are six airbags and a long list of technology including:

Although we didn't take the vehicle off-road, with its Land Rover DNA, extensive terrain system and surprisingly high ground clearance, it should be able to handle a gravel track or wet grassy field with ease.

Is the 2020 Range Rover Evoque practical?

There is 591L of storage space in the back and two ISOFIX mounting points on the outermost rear seats along with top tether points across all three.

It can tow up to 2,000kg and is also a competent off-roader – though the tight suspension set-up will see it cocking a wheel in the air on really rocky ground.

A space-saver tyre is supplied as well, which is better than a tyre repair kit but not as good as a full spare. 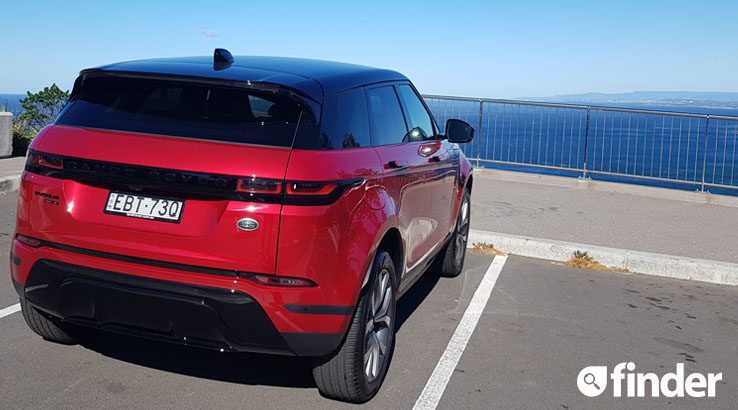 This is perhaps the only area I was left a bit disappointed with the Evoque.

Everything seemed to be an option, which leaves me wondering what our vehicle would have been like had it not been so heavily optioned.

For instance, DAB radio is standard on the vast majority of new cars these days. On a Range Rover, it will set you back $400.

I'm hard pressed to think of a better all-round car. It's good to look at, quick and has the best infotainment and climate control systems of any car I have tested. It will take you around the city and into the scrub, in comfort.