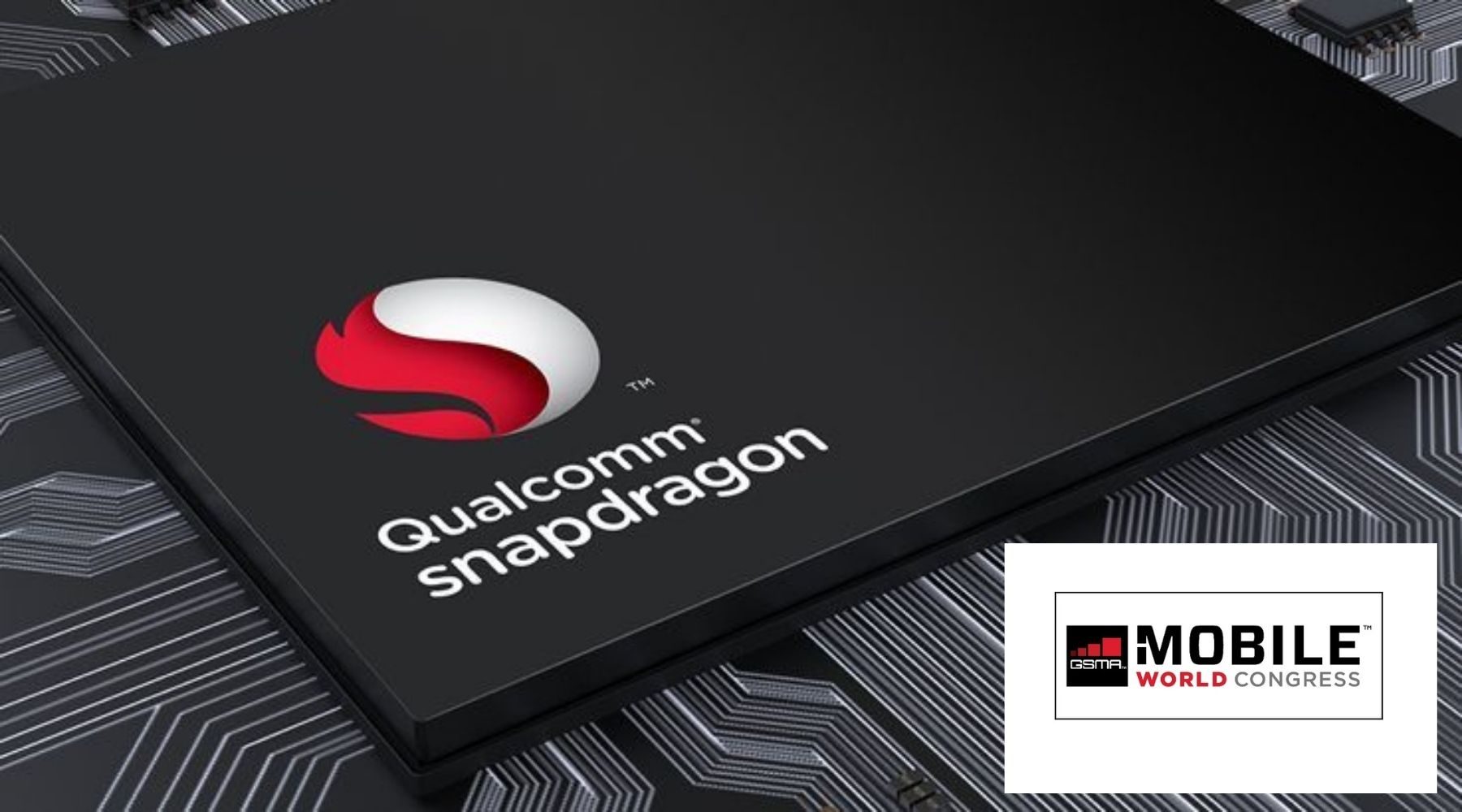 MWC is the world's largest mobile connectivity trade show, and it's not just a showcase for the latest shiny new smartphones. Indeed, in 2022, those have been a little thinner on the ground than in years past. Oppo launched the Oppo Find X5 and TCL launched a whole heap of TCL 30 series handsets and wacky foldables. But there were few other devices that are likely to land Down Under on show.

However, MWC is more than just new phones. Each year, the big tech makers also use MWC to showcase the improvements they've made under the hood in terms of new chipsets and technologies, and how they might be used. Given its dominance in the mobile processor space, it's not surprising then that Qualcomm has used MWC to showcase a lot of innovations that won't land on your new smartphone tomorrow – but that could change the capabilities of the next device you buy or the networks you use it on.

It's pretty much a given that at MWC, Qualcomm will announce a newer, faster mobile modem.

OK, I won't wait, but then neither will the Snapdragon X70, Qualcomm's fifth-generation 5G-capable modem. The claim here is that the use of AI can fine tune everything from power consumption to antenna tuning, coverage and network selection. It'll work across both the dominant sub-6Ghz and mmWave frequencies across the globe, depending as always on how manufacturers actually implement it.

Qualcomm's claims for the X70's speeds are interesting. Peak download speed is stated as 10 Gbps, which is the same as the current X65 modem generation. However, upload speeds get a major kick, with support for up to 3.5Gbps upstream connections. Naturally, you'd need to have a telco that supported that and decent proximity to good 5G towers to get anywhere near that level of speed.

The other area where the Snapdragon X70 is said to improve performance couldn't be more welcome. One factor we've noted with every single 5G-capable handset we've tested at Finder is that it can be an absolute battery hog. Nothing we've ever tested kills battery life quite like 5G, but the X70 might help with that trend. Qualcomm says that it's capable of up to 60% improved power efficiency over prior generations, which should hopefully slow the battery drain markedly.

Qualcomm expects X70-compliant devices to launch by the end of the year, but it'll be more likely to appear more commonly in phones and other devices in early 2023 given that timeframe.

A modem is only part of the communication infrastructure needed to ping data around and outside your phone, and for just about everything else, Qualcomm has what it calls its FastConnect platform. Its freshly announced Qualcomm's new FastConnect 7800 offers up Wi-Fi 7 connectivity with a claimed peak speed of up to 5.8Gbps, 60% faster than prior generations.

Quick, in other words, supplemented by support for multiple simultaneous 5Ghz and 6Ghz connections. FastConnect 7800 isn't just about the data, however, but also the music, with support for dual Bluetooth streams to improve audio quality for music and entertainment experiences. Qualcomm claims that it's going to be twice as fast at pairing while cutting actual power usage by up to 50%. 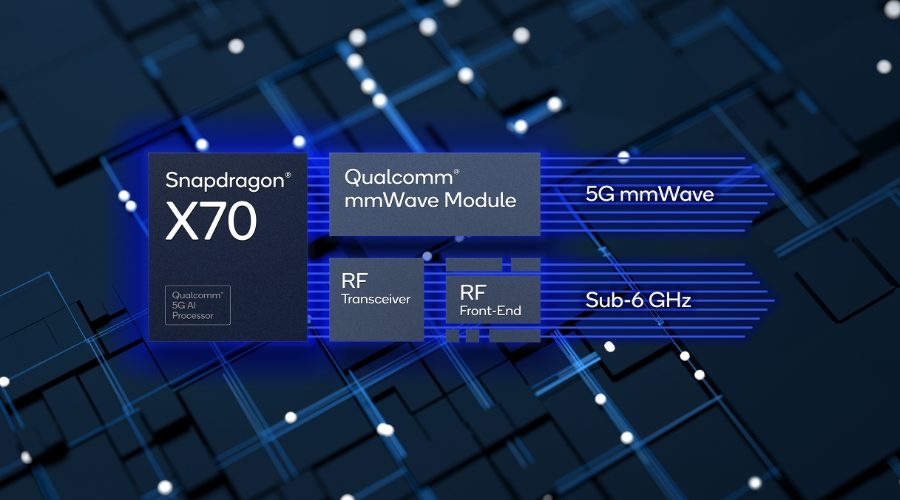 The focus on audio is all part of what Qualcomm's calling "Snapdragon Sound". That's not the noise that you get when you tear a fire lizard in half, but instead a branding name for technologies that vendors will be able to leverage to deliver potentially CD-quality sound with less power output in new products as well as new features like recording stereo sound through wireless earbuds.

Not that you're going to be able to go out tomorrow and buy a Wi-Fi 7 capable product. Qualcomm estimates that commercial availability of FastConnect 7800 won't kick in until the second half of the year, which points to Christmas or more likely early 2023 before we see any quantity of consumer products using the new chips.

Qualcomm's also leaning into one of 2022's already overused hype words, with metaverse applications. Specifically, it's detailed its view of how to grow the metaverse over the next couple of years, with a view to eventually shipping glasses-style AR devices that connect independently to a server over 5G. That's probably a few years away, but in the meantime, it expects to see similar devices dependent on your existing 5G device – typically your smartphone – as the intermediary data step.

That kind of solution introduces the potential for a lot of latency because data on what you're seeing would have to bounce from glasses over Wi-Fi to the phone, then the phone to your AR cloud server over 5G, and then back again for as seamless as possible an experience. Qualcomm claims that AI-led optimisations here can lead to up to an average 28% reduction in latency in trials – which would mean a more immersive and responsive metaverse experience.

Qualcomm's demonstrations showcased what could be possible, talking up both the possibilities for on-the-go AR build on cloud solutions as well as the potential for low-latency mobile gaming over 5G, using its new platforms and chipsets as the basis for building out the effective bridges to the metaverse concept.

So does that leave you with nothing concrete to walk away and play with from MWC 2022? Not quite. While Qualcomm announced its third-generation Snapdragon 8cx platform, used for ARM-based Windows laptops back in December 2021, it's used its MWC announcement to show off the first actual device to be using the 5nm process chips, in the form of the Lenovo ThinkPad X13s. 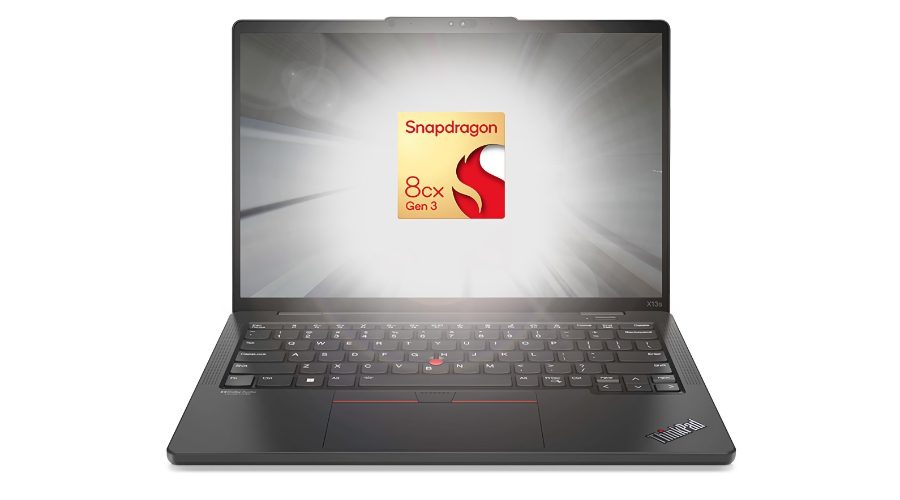 To the surprise of absolutely nobody, it's a ThinkPad laptop that looks like every other ThinkPad before it because Lenovo (and IBM before it) knows that enterprises tend to love uniform designs and laptops with nipples. There's no specific word on pricing or other specifications for the Lenovo ThinkPad X13s locally at this stage.