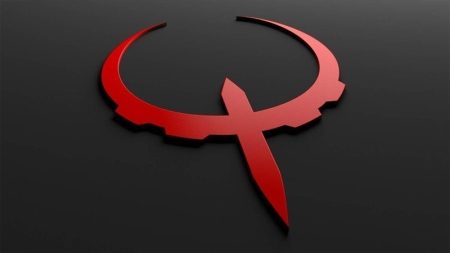 The icon for famous FPS Quake by id Software

Bethesda and id Software have announced the next entry in the Quake series and suggested it’s only available on PC – but two weeks ago developer Marty Stratton hinted otherwise.

The announcement didn’t come as a huge surprise, considering that Bethesda has previously brought back Wolfenstein and Doom, with Quake being the third of the big IP from id Software that took the FPS genre by storm during the nineties. Naturally, it would be next, right?

However, the announcement that the new game would only be available on PC was quite a surprise. The company has just come off the back of a very successful multiformat launch for Doom, and in the not too distant past, Fallout 4, Wolfenstein: New Order, The Evil Within and Dishonored.

Just two weeks ago (May 28), we caught up with id Software executive producer Marty Stratton to chat all things Doom and when asked about how the company approaches development of a multiformat game, he had this telling response that not only explains why Quake got a PC reveal first, but also that it will come to consoles, too.

“We are primarily a PC development house, even though we know consoles have a huge audience. We really think from a PC mindset with where we want to go with performance and graphics quality. We have some hardcore PC Master Racers [in our team] and when you set the bar that high it really becomes a challenge for the programmers with optimisation [on consoles]. When we move through development, there are a lot of times where the game simply does not work on consoles, because you are pushing boundaries on how you are creating art, how you are building levels and the amount of AI you are throwing on the screen. You know, it just doesn’t even work on a console. I’m not saying that is the best way to develop a game, but at id that is how we tend to do it. Then it becomes a race to optimise [for consoles] and they did a tremendous job.”

It runs really well on the console on both sides

“I am really excited about what is coming in the future, too, as the way we architected [sic] the engine for use on consoles – in particular on PlayStation – sets it up really well to be natively capable [of working] with the new Vulkan API for PCs. This is really going to expand the audience. When that comes out and those cards come out, as we have an upcoming release that will be Vulkan-supported, it is going to make the game run really well on older generation cards and at 200 frames-per-second on high-end cards. And again it runs really well on the console on both sides. I could not be prouder of our tech team and they put in a ton of effort to make it run well.”

While not named specifically, the timing of this interview just two weeks before E3, and the announcement of Quake Champions at the press conference, make it pretty obvious what Marty Stratton is talking about. And while indicating why Quake Champions is PC first, he also makes it clear it does run on consoles, too. Interesting that he name-dropped PlayStation specifically, so who knows if there is a timed exclusive or partnership happening there, but either way, you can safely bet on Quake Champions come to consoles.

Alternatively, see the data that shows 62% of games showcased at the E3 2015 press conferences have yet to be released.