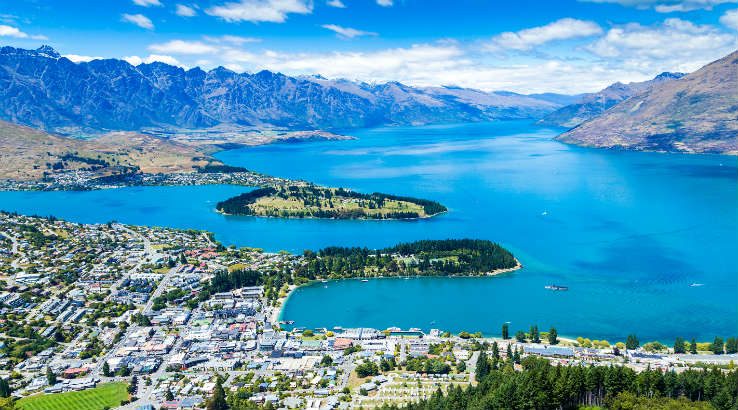 Get set for a new view of the trans-Tasman.

Emirates will be axing its trans-Tasman flights from March 2018 and passing the route onto Qantas, as well as reorganising its Australian flight schedule. These new arrangements come as part of the Qantas-Emirates partnership, recently extended to 2023.

According to the New Zealand Herald, Emirates president Sir Tim Clark said the route was "flakey" for the airline and no longer worked financially. The immediate effect is estimated to be about 300,000 fewer seats per year, out of about 10.2 million total, and from March 2018, flights between Australia and New Zealand might get more expensive.

The daily Melbourne-Auckland and Brisbane-Auckland flights will be scrapped, but Emirates will keep its daily Airbus A380 Dubai-Sydney-Christchurch flights.

It will also be reorganising its Australia flights "to create a better spread of departure times throughout the day" Qantas said in a statement.

Qantas is also adding significantly more capacity, with CEO Alan Joyce saying the flying kangaroo will be increasing capacity from Brisbane to Auckland by 42% and Melbourne to Auckland by 60%.

After Emirates steps back, Qantas will run seven return flights per week between Melbourne and Auckland and add two extra flights a week between Brisbane and Auckland, with some of them upscaling from a Boeing 737 to an Airbus A330.

Tickets for Qantas’ new Tasman services will be available progressively from 12 October, and Emirates customers with existing bookings impacted by these changes will be re-accommodated onto Qantas services or will be given the option to change their flights.

Essentially, the highly competitive trans-Tasman route isn't a big moneymaker. All that competition means prices have gotten pretty low, which doesn't really suit a luxury airline like Emirates. A lot of people flying that route are only doing it as a leg on a trip to Europe or elsewhere, but there are still a lot of business travellers and others just going between Australia and New Zealand among them.

Given the choice, Qantas and Emirates might prefer flying passengers more directly rather than routing through Australia, and passengers would prefer it too. In the partnership, it makes more sense for Qantas to be doing most of the trans-Tasman trips, where it can carry travellers who are just hopping across the pond as well as those who are routing onwards to further destinations, while Emirates concentrates on flights direct from New Zealand to Dubai.

Emirates began direct Auckland-Dubai flights in March 2016, and many passengers from New Zealand shifted to those instead of flying through Australia.

Since then, Emirates has been shedding its trans-Tasman flights, such as in July 2017 when it pulled an A380 off the Sydney-Auckland route.