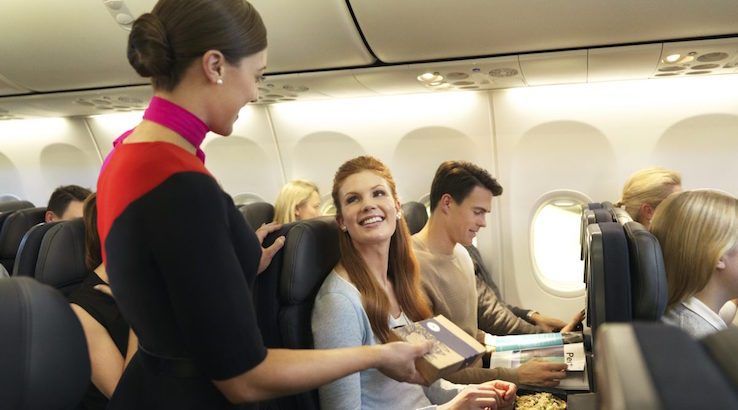 The good news is that this bonus points offer comes with the same spend requirement of $3,000 in the first 90 days, so you’ll get more bang for your buck.The bonus points are only available to cardholders who apply by 31 January 2018.

How many points can I earn?

What are the other travel perks?

If you use your card to pay for Qantas flights and other eligible purchases with the airline, you can also take advantage of a 0% p.a. interest rate for the first six months from the date the transaction is processed. This will revert to the standard purchase rate of 19.99% p.a. after the promotional period. So you could book your next holiday and pay it off over six months interest-free!

If you use the Qantas Premier Concierge service to book your flight, you can also save up to 20% off selected domestic companion flights once per year. This card also comes with complimentary travel insurance, which could help you save on your next holiday.

What are the costs?

When comparing frequent flyer credit cards, it’s always important to ensure that the rewards outweigh the cost before you apply. This card comes with a reduced annual fee of $149 in the first year which reverts to $299 p.a. thereafter. It isn’t suited to cardholders who can’t pay their balance in full each month, as it comes with a 19.99% p.a. purchase rate. This is a standard purchase rate among most rewards and frequent flyer cards but still important to consider.

How does the Qantas Premier Platinum card compare?

Comparing this card to the market, there are a few others that could give it a run for its money. For an example, let’s look at the ANZ Frequent Flyer Black credit card. This card also offers 75,000 bonus Qantas Points when you spend $2,500 in the first three months. It also has a waived annual fee in the first year which reverts to $425 p.a. thereafter.

Although you’ll also earn 1 Qantas Point per $1 on domestic purchases and an additional point on Qantas spend in Australia, the spending cap for the reduced 0.5 points per $1 earn rate is lower at $7,500 per statement period. So if you’re likely to spend more than $7,500 in a statement period, the Qantas Premier Platinum card may offer more value. ANZ Frequent Flyer Black cardholders also receive two complimentary Qantas Club Lounge invitations as well as unlimited complimentary access to Véloce Lounges around the world.

So, although the ANZ card has a higher annual fee, it has a lower spend requirement to get the bonus points. It also offers more when comparing airline lounge pass options. However, if you’re a loyal Qantas customer and regular traveller, you may get more value from the Qantas Premier Platinum card thanks to the higher earn rate on Qantas, promotional 0% purchase offer and discount on domestic companion flights.

Now that the Qantas Premier Platinum credit card comes with 75,000 bonus points, it’s definitely a more attractive offer than when it was first launched on the market. Before you’re persuaded by the promise of points, make sure to compare other frequent flyer cards to find the most rewarding offer for you.